Legislators passed three bills last Thursday toward the end of a marathon House of Assembly session that lasted some 20 hours over the course of three days. If Governor Gus …

END_OF_DOCUMENT_TOKEN_TO_BE_REPLACED 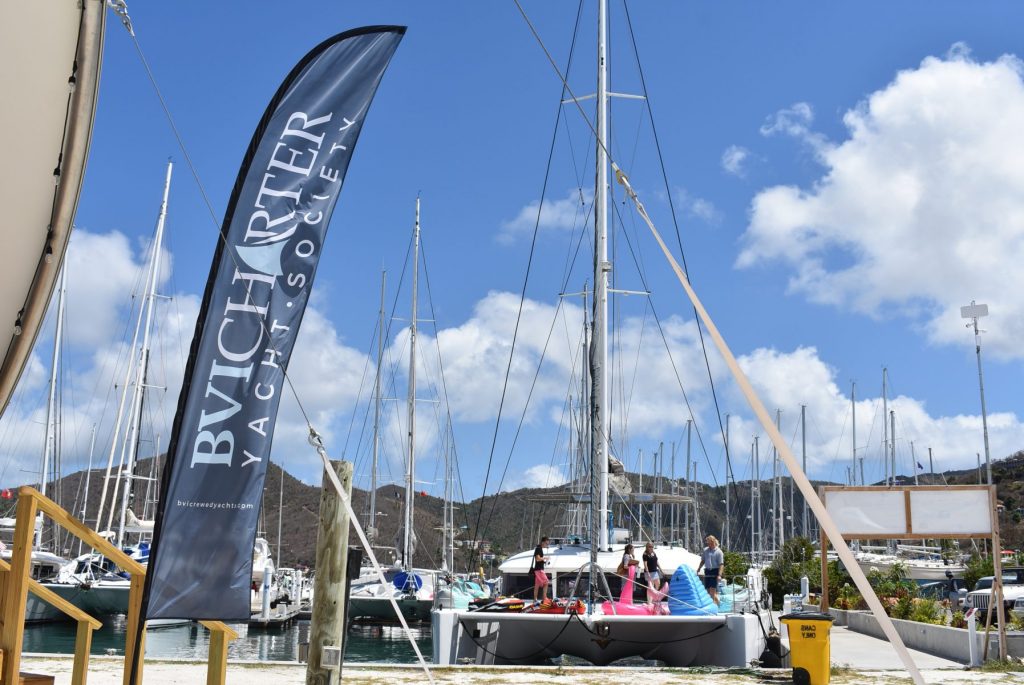 The Merchant Shipping Act (Amendment) Act, 2020, one of the two bills expedited through the House of Assembly last Thursday, largely deals with the enforcement of safety regulations under the International Management Code for the Safe Operation of Ships and for Pollution Prevention. Legislators described it as an important step in preparing for an upcoming audit from the International Maritime Organization. (File photo: ZARRIN TASNIM AHMED)

Legislators passed three bills last Thursday toward the end of a marathon House of Assembly session that lasted some 20 hours over the course of three days.

If Governor Gus Jaspert assents to the bills — two of which were rushed through the HOA in one day — they will mandate new shipping safety regulations, help creditors collect debts, and eliminate an unsuccessful “micro businesses” initiative that conflicts with new international regulations, legislators said.

Two other proposed laws were introduced, including one apparently designed to legalise some types of gambling, and the Prison Act 2019 and the Disaster Management Act 2019 were sent to special select committees for further consideration.

The Merchant Shipping Act (Amendment) Act, 2020, one of the two bills expedited through the HOA last Thursday, largely deals with the enforcement of safety regulations under the International Management Code for the Safe Operation of Ships and for Pollution Prevention. Legislators described it as an important step in preparing for an upcoming audit from the International Maritime Organization.

“[The proposed law] is a fundamental piece of legislation that governs our maritime sector, which is the cornerstone of our territory’s tourism, fishing and financial services economy,” Premier Andrew Fahie explained. “Its passage is critical to the preservation of our Category One status as a member of the UK’s Red Ensign Group.”

This group covers British shipping registers operated by the UK, crown dependencies and UK overseas territories, including the Virgin Islands.

Vessels that operate through these registers can fly a version of the British merchant shipping flag. The VI’s “Category One” status means it can register ships of unrestricted tonnage and type, including megayachts and large commercial ships.

“[The bill] supports your government’s plan to revitalise our marine sector and restore our rightful place as … the maritime capital of the region,” the premier continued.

Transportation, Works and Utilities Minister Kye Rymer said he hopes the law will help the territory become a “one-stop shop” for merchants. However, opposition member Julian Fraser said it will be difficult to compete with areas such as the Cayman Islands that specialise in this sector.

Despite disagreement over how successfully the territory could woo the shipping industry, members from both government and the opposition supported the bill.

“The Shipping Registry will know that behind closed doors, I have charged them with bringing in more revenue,” the premier said. “I’ve charged them with getting more of our people in these positions. … Long gone are the days when we have industries for years where people don’t play vital roles. There is already a figure attached to the Shipping Registry for this year in the budget, and I’m telling them that I’m not expecting any shortfall and not expecting any excuses. We have to capitalise on this, and we have to do so now.”

The Suspensory Act — which was also rushed through the HOA in one day last Thursday — ends the Micro Business Companies Act, 2017, which aimed to make it easier and more affordable for small local businesses to register.

The bill defined a “micro business” as one with no more than 10 employees and an annual turnover of $2 million. When the law was debated in 2017, every member who spoke supported it. Members promoted it as both a possible revenue generator for the financial services industry and a cheaper way for residents to incorporate.

However, legislators said last Thursday that the bill hasn’t performed as planned.

“It did not take off in the way we anticipated,” Education, Culture, Youth Affairs, Fisheries and Agriculture Minister Dr. Natalio “Sowande” Wheatley said.

He added that the act conflicts with requirements outlined in the “economic substance” legislation that took effect at the start of last year, and suspending it entirely was easier than substantially reworking it. However, Dr. Wheatley said government plans to introduce new legislation soon that would bring in new revenue.

“We know what’s happening with financial services,” he said. “The day that many of us have spoken about in the past has arrived. We have to take a different approach.”

Mr. Fraser said he had no problem with suspending the act because it didn’t help local businesses. However, he said those businesses still need support amid a myriad of international regulation.

“I don’t even see how it helps the industry,” Mr. Fraser said. “I understood that there was a series of companies that had an interest in it, but now I’m hearing different. It didn’t live up to the standards.”

Opposition Leader Marlon Penn called for the government to develop a comprehensive plan for economic growth that would take a broader look at how to better promote local businesses in the future.

The bill, for example, allows the court to collect property from those who try to hide their money in asset protection structures (see page 10).

As of the Beacon’s print deadline yesterday afternoon, the governor had not announced his assent to any of the three bills passed last Thursday.

“Your government intends to introduce legislation to establish a horseracing commission to regulate the sport and make it more profitable,” he said during the address. “A gaming commission will also be established to regulate betting on horse racing and other forms of gambling, but only in designated areas.”

As the territory faces instability in revenue from financial services and tourism, Mr. Fahie last week presented the bill as an important money maker.

“We have legislation that must be passed for good governance,” he said Feb. 25 while broadly discussing the territory’s economic position and specifically how certain regulatory bodies can become more self-sufficient. “While we are putting in all these things — and they must be put in to show that we’re serious about fighting crime, asset seizure, ministerial code, whatever else you could name — we can’t put in all the areas to create policing without creating avenues, whether it be the gaming and betting, whether it be medicinal marijuana, without areas for persons to make revenue. We can’t over-legislate people’s lives and under-regulate the opportunities for them to make money in this territory.”

The long-awaited Consumer Protection Act is an extensive law that would establish a framework designed to protect customers from unfair business practices, among many other provisions.

Last August, the bill moved to a select committee after its second reading. The premier said the law is particularly important after the 2017 hurricanes, when there were reports of businesses engaging in price gouging for essential items such as food, water, cleaning supplies, candles and matches. Members of government and the opposition previously supported the bill.

“The Disaster Management Act needed some updating given all that we’ve been through,” Mr. Fahie said before sending it to committee, after which it will come back to the House for debate. Under the 114-page act, the governor would have to collaborate with the premier to prepare a comprehensive plan and programme for disaster management in the VI. This plan would include ways to mitigate injury and damage caused by hazards, authorisation to erect temporary safety structures, and a protocol for activating mutual aid agreements, among many other provisions.

The 143-page Police Act also went to committee after being read a second time. Mr. Fahie said the act would bring the legislation governing the police force in line with modern times.

The act officially changes the name of the Royal VI Police Force to the Royal Virgin Islands Police Service. It also specifies the police commissioner’s general powers, details qualifications necessary for police officers, prohibits officers from engaging in political activities, and generally outlines officers’ duties. The power of search and seizure is also detailed, as is the power of detention and arrest.

The Police Act will be up for debate when it is read at a future session.

The House also voted to appoint Vance Lewis as chairman of the Telecommunications Regulatory Commission board. Both government and opposition members voiced their approval of the choice, heralding it as a step toward establishing more stable internet service and other communications in the territory.

The premier urged the new chairman to work on drawing new business to the territory without muscling out companies that already serve the VI.

The House also appointed Alvera Maduro-Caines to the newly formed opposition-led Public Accounts Committee, which has called for more transparency in government.