Government initially promised that applications for business grants from a $6.5 million fund aimed at alleviating financial hardships due to Covid-19 would be available on June 15, but as of …

END_OF_DOCUMENT_TOKEN_TO_BE_REPLACED 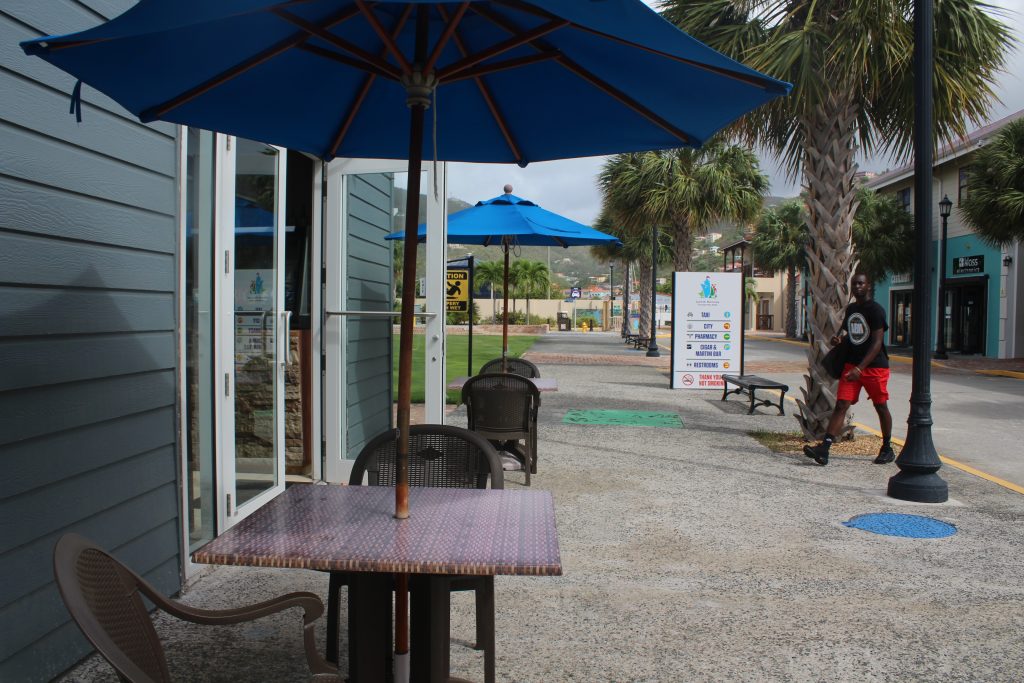 Many businesses at the Cyril B. Romney Tortola Pier Park are either closed or on limited hours since cruise ships stopped coming into the port in March. (File photo: ZARRIN TASNIM AHMED)

Government initially promised that applications for business grants from a $6.5 million fund aimed at alleviating financial hardships due to Covid-19 would be available on June 15, but as of yesterday afternoon no forms had been made public and business owners were still waiting for assistance.

The $6.5 million was part of a larger $40 million grant from the Social Security Board to fund various economic stimulus measures, many of which have been struggling to get off the ground since they were announced in late May.

Originally, the business forms were meant to be available on June 15, but the date was pushed back until June 19, and then again until the next week. Since then, there have been no updates.

“Any stimulus will be appreciated,” said Nigel Keegan, owner of Grape Expectations. “People’s business money will run out soon if they haven’t already. It’s a very difficult time to try to conduct business.”

Mr. Keegan, whose business is located near The Moorings, said most of his customers are gone since there is no tourism.

“The whole customer base has disappeared because the borders are closed and we’re desperately trying to keep running,” he added. “We’re praying that [the borders will] be open in October. At the moment all charters are operating out of St. Thomas.”

He’s not the only one feeling the economic repercussions from closed borders and a lack of promised help from government.

The government’s unemployment assistance programme has also been facing difficulties getting off the ground even as the application deadline looms next Wednesday.

Tracy Farrer Myers took to the Facebook group The REAL BVI Community Board on Friday to explain that she handed in her unemployment form on “day one” and had yet to receive a response.

Others commented on her post and were in the same boat as her, saying they hadn’t received any assistance yet.

Applications opened on June 2, and as of June 19 about 6,000 unemployed and underemployed residents had applied for assistance, according to a June 19 update from Natural Resources, Labour and Immigration Minister Vincent Wheatley.

By that time, only 94 people had received a total of $176,107.74 from the temporary programme funded by a $10 million SSB grant, Mr. Wheatley said, adding that about 10,000 forms had been distributed.

Officials have not provided updated numbers since then, but in the June 19 statement Mr. Wheatley acknowledged the delays and sought to reassure the public.

“Processing of the benefits is in an accelerated mode as a processing team has identified and corrected glitches in their procedures,” he said.

He reminded the public that the SSB has never before distributed money through an unemployment relief fund, and that a computer programme had to be developed and tested.

The processing team faced many challenges, he said, including incomplete forms, missing bank account and salary information, and the need to contact each employer to verify the applications.

Government had promised an economic stimulus relief package since the end of March, but did not announce a plan until the end of May.

Efforts to contact the SSB and Mr. Wheatley were not immediately successful.

A representative at the Department of Trade and Consumer Affairs confirmed yesterday that the applications are still unavailable, and did not know when they would be public.