The Virgin Gorda Afrikan Studies Club hosted its second annual wreath-laying ceremony on Saturday, and members are planning a hike this weekend in observance of Black History Month. Paul Fenty, …

END_OF_DOCUMENT_TOKEN_TO_BE_REPLACED 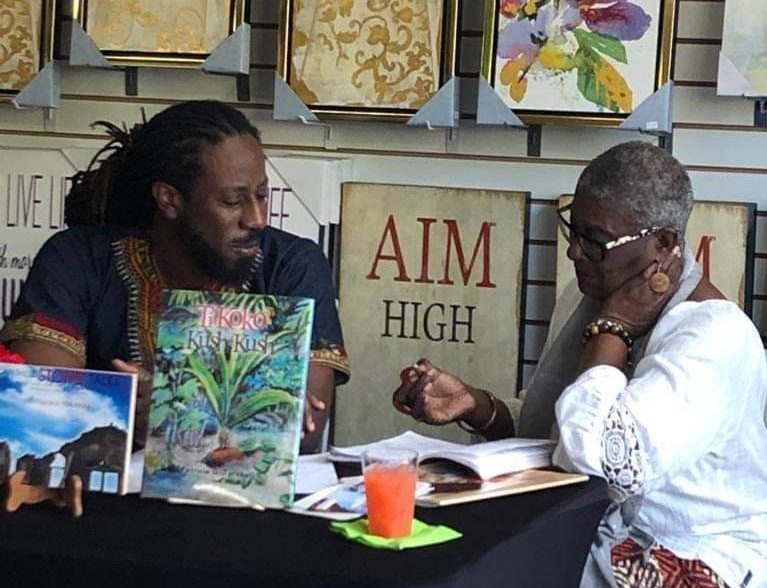 The Virgin Gorda Afrikan Studies Club hosted its second annual wreath-laying ceremony on Saturday, and members are planning a hike this weekend in observance of Black History Month.

Paul Fenty, the club’s coordinator, said in a short promotional video posted on Facebook that the heritage hike includes visits to forts on the sister island.

“Why is it that we have so many forts or batteries on a small island like Virgin Gorda?” he asked. “We want to find out and ask the question. When we go and visit them, you’ll get an understanding of why. We want people to explore and have an interest in this history.”

The club currently has 12 members, but Mr. Fenty said that anyone who has a “love of the heritage and sharing and caring for one another” can join.

“This club connects with the Tortola Afrikan Studies Klub,” he added. “And the whole purpose of it is to encourage persons of African descent to celebrate the culture.”

Lately, the club has been meeting virtually, Mr. Fenty explained, and members stay in regular communication.

On Saturday, the club hosted an African Remembrance Day observance on the beach of St. Thomas Bay, where people were encouraged to come wearing all white or African dress.

During the final days of Black History Month, Mr. Fenty also is encouraging people to wear African dress this weekend in order to “really show your colour.”

“This was taken from us: We’re just taking it back,” he said. “I want everyone to be proud of these activities. Dress is one aspect we want to focus on.”

Earlier this month, the Afrikan Studies Klub on Tortola hosted its annual wreath-laying ceremony near Crafts Alive Village to commemorate ancestors who lost their lives in the trans-Atlantic slave trade.

During the ceremony, club president Art Christopher emphasised the importance of pouring libations, which he described as an integral part of African culture.

“We focus on mostly persons getting to know their history but most importantly their culture,” he explained. “So the culture of African people; the culture of black people, you can say.”

VI Poet Laureate Dr. Richard Georges recalled his own experiences of Black History Month while he was in the United States.

“I think it’s when I was studying in the US is when I began to see how powerful the designation of Black History Month was,” he said. “When you have a marginalised people in a society in which they’re a minority, these kinds of symbols and moments [when] the society’s collective consciousness shifts towards them and their history can become moments of great reflection for the individual and celebration of the history and their identity, but also an opportunity to push society to examine the issues that affect that group more closely.”