Boat owners urged to get insured by storm season

END_OF_DOCUMENT_TOKEN_TO_BE_REPLACED 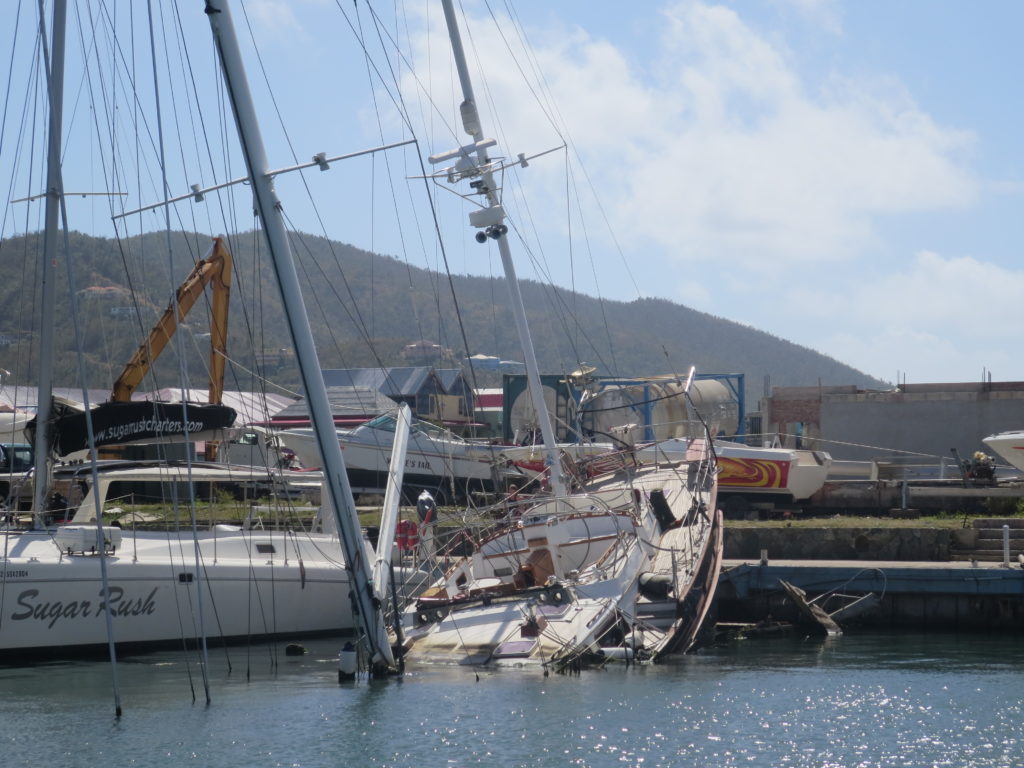 The Virgin Islands Shipping Registry is warning boat owners to insure their boats before the 2018 hurricane season begins on June 1 or risk being charged with an offence and fined up to $20,000.

“There has been widespread damages and wrecking of vessels,” VISR acting Director Raman Bala, the receiver of wrecks, said about the hundreds of abandoned vessels left in the territory after Hurricane Irma. “There are still hundreds of boats that are uninsured and most appear to be abandoned by their owners on our beaches, private lands and coast. If these boats are not removed, there will be direct consequences to the economy in terms of environment, tourism and conduct of commerce.”

Mr. Bala added that in accordance with the Merchant Shipping Act, every vessel, including pleasure and commercial boats — whether unregistered or registered here or overseas — is required to carry insurance against risks and loss or damage to third parties, and against wreck removal expenses.

In addition, the act states that the operator of an uninsured boat commits an offence and is liable upon summary conviction to a fine of up to $20,000.

Boat owners contacted by the Beacon said they have never been asked for proof of insurance in the territory. However, an owner of a wrecked, uninsured boat said VISR called him last week and told him to submit a plan for salvage or removal within one week and to remove the boat within one year or face a fine.

On Dec. 19, the VISR issued an official Report of Wreck for three boats beached in Trellis Bay on property whose owners said they were obstructing commerce. The government took possession of the vessels as of Dec. 19. According to the act, when the year is up and the owner hasn’t come forward, the government is legally entitled to sell the boat and keep the proceeds.

“At a later stage, if the owner wants to make claims on it, they can come to us, and after we deduct all the expenses they can have it,” Mr. Bala explained.

In the February interview, he said that the Report of Wreck process is not a police matter, nor would the government assume ownership of the boats. The act also contains a provision that entitles the government to sell a boat valued at less than $10,000 at any time.

On March 1, the government invited sealed bids for the vessels. The bids were due March 16.

Geoff Day, the owner of one of the seized boats that is now up for sale, said he did not have insurance, and that no government officials ever asked him for insurance. In fact, he added, the government had not contacted him at all except by putting a notice on his boat. He said he “heard through the grapevine” that the boat was up for sale.

“Some of those boats were people’s homes, and they lost everything,” he said. “We don’t have a magic spell to remove the boats. We all tried almost immediately after the storm to do something, but when the crane driver wants $6,000 to put your boat in the water, it kind of put a halt to everyone’s ideas.”

Mr. Bala said earlier that it is ultimately the responsibility of boat owners to insure their vessels and that they should be aware that may be on the hook for fines.

“Even if the government discards these boats, there is provision in the law to recover the costs from boat owners,” he said in the press release. “Therefore, it makes great sense to insure these vessels well in advance to the 2018 hurricane season.”