In the midst of a new coronavirus outbreak and reports of people illegally entering the territory from abroad, the Customs and Immigration departments have teamed up to increase surveillance of …

END_OF_DOCUMENT_TOKEN_TO_BE_REPLACED 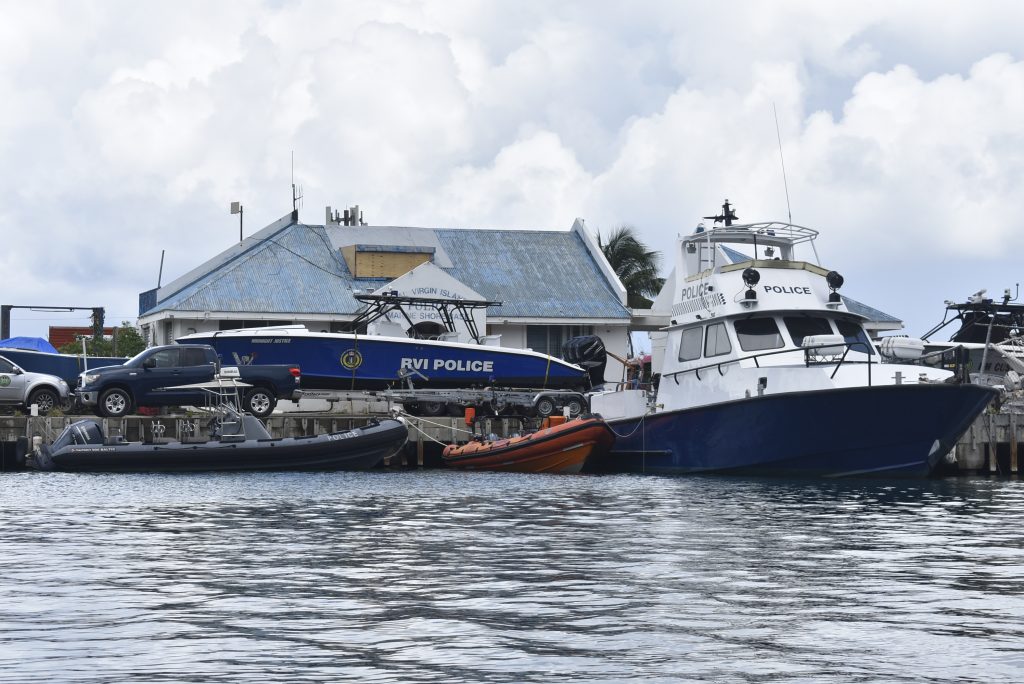 As new cases of Covid-19 spread across the territory, a new task force is tightening security on Virgin Islands waters. (Photo: JOEY WALDINGER)

In the midst of a new coronavirus outbreak and reports of people illegally entering the territory from abroad, the Customs and Immigration departments have teamed up to increase surveillance of Virgin Islands waters, government announced Sunday.

The joint team is being led by acting Customs Commissioner Wade Smith and acting Chief Immigration Officer Ian Penn, and will establish “strategic platforms” from which officers can monitor seaborne vessels on a 24-hour basis and quickly deploy to apprehend boats potentially engaged in illegal activity, according to a press release issued Sunday.

The release did not say how many platforms are being established or where they will be lo-cated.

“Our sea borders must be strengthened to prevent illegal entry of persons generally, and more specifically during this period of Covid-19, where there must be screening and monitoring of persons and other precautionary measures to prevent the importation and spread of the virus,” Mr. Smith said.

He added that the task force will be supplemented with equipment and services procured from the private sector.

“In this instance, the radar equipment and the vessels for this exercise are in the territory, and we needed to move promptly to further tighten the sea borders,” Mr. Smith said.

Speaking early Sunday morning to the officers involved in the new task force, Premier Andrew Fahie said the suppliers of the equipment and boats provided government “the most competitive offer … inclusive of safety, equipment, security and suitable working environment for our officers,” according to the press release.

The premier, however, did not identify the suppliers or specify what tools and boats had been purchased, nor how much they cost.

On Saturday, a day before Mr. Fahie met with task force officers, police attempted to intercept a group of at least six men who allegedly docked illegally at Delville Marina in West End, Police Information Officer Akia Thomas told the Beacon on Monday.

But the men allegedly escaped in two separate vehicles before police arrived on the scene, and police are still in pursuit, according to Ms. Thomas.

“There are no leads, no suspects, no arrests as yet,” Ms. Thomas wrote in a WhatsApp message.

In addition to the new taskforce, VI officials are also working to create a permanent network of radars to help clamp down on human trafficking, drug smuggling, and other illegal activities carried out on territorial waters, the press release stated.

United States VI Governor Albert Bryan Jr. has also signalled his desire to increase cross-border protection and has directed officials in his government to collaborate and coordinate on efforts to curb illegal activities along the two territories’ shared borders, the press release stated.

On social media, government ministers indicated their praise for the tightened security, and their frustration that residents’ behaviour has necessitated such measures.

“Simply frustrated (pissed) with these people smugglers who are endangering lives and livelihoods. STOP! If you know something … say something,” Health and Social Development Minister Carvin Malone posted on his Facebook page Monday.

“Just so you know, this was in the works for some time before,” Dr. Wheatley wrote on Monday in reference to the new security task force, adding that he is “glad this loophole is being closed.”