Six days after government announced a new border control task force composed of immigration, customs and police officers, the unit on Sunday tracked and intercepted a vessel that had entered …

END_OF_DOCUMENT_TOKEN_TO_BE_REPLACED 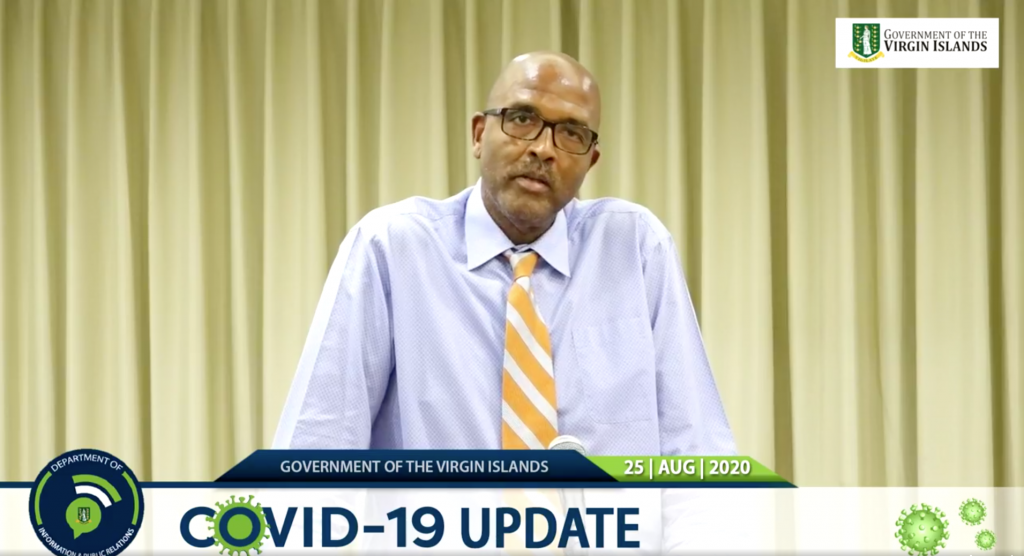 Six days after government announced a new border control task force composed of immigration, customs and police officers, the unit on Sunday tracked and intercepted a vessel that had entered the territory illegally, according to Customs Commissioner Wade Smith.

The vessel was spotted by officers and tracked from West End to Road Harbour, where it was intercepted along with the passengers on board, Mr. Smith stated in a Sunday press release, though he did not say how many suspects were apprehended or whether they were charged. Yesterday, however, Police Information Officer Akia Thomas provided more information.

“The boat is currently detained with two persons onboard and is a current investigation,” she wrote in a WhatsApp message, adding that the passengers have been confined to the boat “and there is no threat of any of them mixing with any persons.”

During an Aug. 25 press conference, Mr. Smith said that seven vessels are being used as surveillance stations, from which task force officers can rapidly launch in pursuit of suspicious vessels.

Mr. Smith did not specify where the boats are stationed or how much they cost, but opposition member Mitch Turnbull said at a press conference the next day that at least three of them are barges that government is contracting at a rate of $17,000 per day.

Mr. Turnbull decried this spending as a wasteful move that gives the impression of beefing up border security without actually doing much on that front.

“That may sound good, but do we have the infrastructure between customs, between immigration? Where is the Royal Virgin Islands Police Force in all of this?” Mr. Turnbull (R-D2) said, adding, “Are we serious about this or are we spending money just to say we’re spending money?”

During the same opposition press conference, Third District Representative Julian Fraser questioned the efficacy of the barges in keeping out illegal entrants.

“You’re gonna put a barge outside Flanagan or St. John or somewhere: I know not to go there,” Mr. Fraser said, adding, “Whatever you see happening with human trafficking is common knowledge.”

Mr. Turnbull also asked why the VI has refused the United Kingdom’s offers to help patrol the borders, claiming that the government opted not to engage a UK naval ship for extra help.

“Don’t tell me it’s the UK against the BVI … and then try to justify the promotion of BVIslanders,” Mr. Turnbull said.

The criticism followed an Aug. 25 statement from Governor Gus Jaspert, who said that the government turned down a UK offer to bolster the territory’s border security in the “early days” of the pandemic.

Mr. Jaspert pledged to “discuss with the National Security Council what might now be needed and … update [the public] in due course.”

As of press time yesterday afternoon, Mr. Jaspert had not given an update on the matter.

Following these statements from Messrs. Turnbull and Jaspert, Premier Andrew Fahie last Thursday issued a response of his own, where he sought to quell rumours about tension between his government, the opposition and the UK.

“I wish to make it abundantly clear that your premier is not in any fight with the governor or the United Kingdom or anyone,” Mr. Fahie said, adding, “It is unfortunate that in the midst of having to manage the many complex issues and situations relative to the impact of the Covid-19 pandemic on the BVI, that I have to divert attention and focus to correct misinformation, misstatements and mischief.”

In addition to the 24-hour maritime security measures, the border task force will also carry out land-based patrols, Mr. Smith said, adding that Mr.Fahie promised to equip the taskforce with any additional tools to execute its mission.

“In the event that we need to charter or get other resources, [the premier] has given his word and made the commitment to have those resources in place to protect the borders,” the commissioner said during the Aug. 25 press conference.

On Sunday, Mr. Smith thanked the task force for its diligence and hard work in keeping the VI’s borders secure.

United States VI Governor Albert Bryan Jr. has also signalled his intent to assist in patrolling the two territories’ shared borders, according to an Aug. 23 press release from the government.