COVID-19 > In the next phase of the border reopening, government to roll back some restrictions while tightening others

In the next phase of the border reopening, government to roll back some restrictions while tightening others

END_OF_DOCUMENT_TOKEN_TO_BE_REPLACED 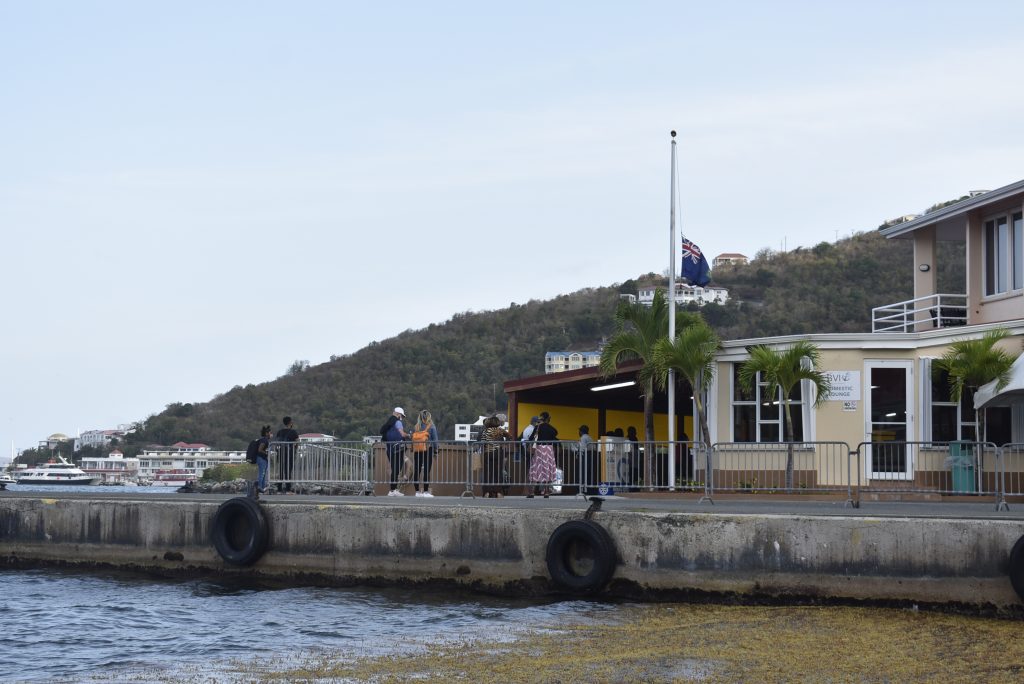 Starting Saturday, when some of the least restrictive travel restrictions in more than a year take effect, government will reimpose earlier requirements for some travelers, as the coronavirus causes unequal distress in different parts of the world. (File Photo: JOEY WALDINGER)

Starting Saturday, when most fully vaccinated travelers to the Virgin Islands will only have to wait for one negative Covid-19 test result before exploring the territory, unvaccinated travelers will have to spend seven days in quarantine, up from the four days currently required.

As the territory prepares to enact some of its least restrictive travel requirements since March 2020, government officials also have ordered a tightening of others as they attempt to revive the tourism economy while keeping case numbers low.

Last Thursday, while addressing the territory in a Facebook livestream, Health and Social Development Minister Carvin Malone gave the most detailed look yet at the travel requirements during the next phase of the border reopening.

Due to deteriorating situations in Brazil and India, all travelers from those countries will be required to quarantine for two weeks regardless of vaccination status, while travelers from the United Kingdom and South Africa will no longer have to undergo the two-week quarantine, Mr. Malone said.

The minister also explained that the “fully vaccinated traveler” category only includes those who have had either one jab of a single-dose vaccine or both shots of a two-dose vaccine at least two weeks before traveling.

Anyone who has been “partially vaccinated” — meaning they have received one of two doses or have been vaccinated less than two weeks before visiting the VI — will be subject to a four-day quarantine, the minister said.

People who have not been vaccinated at all will have to quarantine for seven days.

And in groups where some travelers are vaccinated and some are not, the entire group will have to quarantine for seven days until the unvaccinated individuals receive their negative test, Mr. Malone said.

In such instances, after being tested upon arrival, children between the ages of 5 and 17 will be released from quarantine as soon as their parents’ negative result comes back, but they will be required to stay “within their family bubble” and will have to undergo an additional test on the fourth day of their stay, Mr. Malone said.

Mr. Malone did not define “family bubble,” nor did he explain what would happen if an unvaccinated child receives a positive day four test.

With 32,000 doses of the AstraZeneca vaccine donated by the United Kingdom due to expire no later than June 31, Mr. Malone and other leaders are continuing to urge community members to get vaccinated.

Combined with 2,000 doses received from Dominica, he noted, the UK doses are sufficient to fully vaccinate 17,000 people.

“Without apology, it is this government’s intention to intensify the education process aimed at encouraging the remaining 6,538 persons to voluntarily be vaccinated at any of the centres by [May 31],” he said.

“Following this date, an assessment would be made in relation to the remaining doses, of which I hope there would be none. For the next 25 days, all hands and voices would be required to assist in our ambitious goal.”

Last Thursday, Mr. Malone also said that the number of known active cases is now at 25, up from 24 reported on May 3.

“In one of the active cases there was no recent travel history, which means that the virus was acquired locally,” Mr. Malone said.

Government has not issued an update on the caseload since his speech last Thursday.