Borders to open to expats Sept. 1

The week after extending the ban on expatriates entering the territory, government reversed course on Friday and said they could return starting Sept. 1 as part of a whirlwind of …

END_OF_DOCUMENT_TOKEN_TO_BE_REPLACED 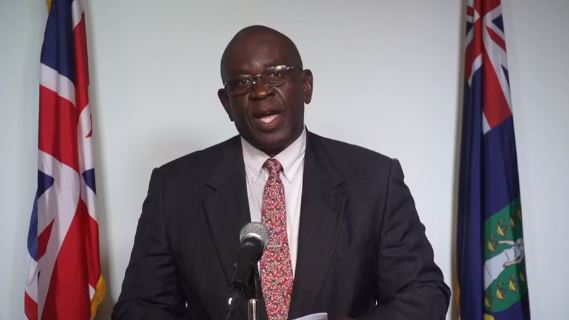 The week after extending the ban on expatriates entering the territory, government reversed course on Friday and said they could return starting Sept. 1 as part of a whirlwind of decisions that came three days before two new Covid-19 cases were announced.

Last Monday evening, Health and Social Development Minister Carvin Malone said both infected people returned to the territory recently and tested positive at the end of their 14-day quarantine period. They remain in isolation, he added.

“Today, in fulfillment of our commitment to keep you fully informed, I am announcing that a total of 1,890 persons have been tested in the results are pending, two additional persons have tested positive for the virus that causes Covid-19. This brings the total number of cases detected to 11, eight of whom have fully recovered. One person succumbed to the disease, and the two most recent cases remain active.”

He stressed the importance of “remaining vigilant” and taking a “cautious approach to social and economic activity.”

Last Friday, leaders also announced the re-opening of the border for returnees besides nationals, belongers and permanent residents, who have been allowed in since early June.

Starting Sept. 1, work-permit holders, work-permit-exempt residents, students, and other specified groups will be allowed to enter the territory, they said.

In some cases, however, entry will come at a cost.

Between Aug. 15 and Sept. 30, government quarantine accommodations will be available for free to all returnees regardless of immigration status, Premier Andrew Fahie said Friday.

However, anyone wishing to quarantine at home as of Aug. 15 will have to pay $3,500 per household “to contribute toward the cost for 24-hour security and other administrative expenses” unless they travelled for “reasons such as medical or as otherwise exceptionally authorised by the minister for health,” Mr. Fahie explained.

Starting Oct. 1, there will also be a charge of $2,500 to quarantine in government facilities for everyone except Virgin Islanders, belongers, permanent residents and naturalised citizens, according to the premier.

Mr. Fahie added that aviation crew, maritime crew, health care practitioners and medical staff, emergency technical personnel, and other specialised workers will be allowed into the territory for no longer than five days.

Government hasn’t announced a date to open the border to tourists or other visitors, but Mr. Malone said the BVI Tourist Board, the financial services industry, the yachting industry, the construction industry and “all participating partners are convening to determine a sustainable approach to opening our borders and return to a sense of normalcy.”

As of last Friday, Mr. Malone said, 994 people had registered to return to the territory and 783 had been verified by the Immigration Department. According to the minister, 597 people had completed mandatory quarantine.

Mr. Malone also announced that “work is under way at the Major Peebles [Hospital] wing to improve primary health care delivery in an environment which meets the ‘new regular’ standards.”

“Construction on the ground floor is progressing through a joint venture between Quality Construction and KM Construction. A timeline of three months is projected, and works are on schedule with no delays expected,” he said. “Works are also programmed to enhance the laboratory infrastructure and procure equipment to allow the laboratory to effectively deliver clinical and public health functions as well as meet physical and equipment accreditation requirements.”

Also in the works are efforts to improve laboratory infrastructure and procure equipment to provide an outpatient clinic as well as a standalone isolation unit for Covid-19 and other infectious diseases, he said.

Bids for the project opened on July 17 and will remain open through Monday, and contracts are expected to be awarded the second week of September, he added.

On Monday night, Governor Gus Jaspert explained the lifting of the curfew.

“As we enter this new week, it feels as though we are also entering a new chapter in BVI’s response to Covid-19,” Mr. Jaspert said. “Firstly, there is no longer a curfew restricting movement on land. The previous curfew order expired [last Thursday] and after consultation with health authorities and law enforcers, Cabinet advised the National Security Council not to extend the land restrictions. That means in the BVI individuals can go out and businesses can operate 24 hours a day, seven days a week as long as they maintain the safe hygiene and distancing protocols.”

He added that there is a continued restriction on the movement of vessels within territorial waters between 5:01 a.m. and 7 p.m. daily, except for the previously identified “exclusion zones” that require special permission to enter. He also said ferries can operate between 5 a.m. and midnight.

The governor added that the government “has been working hard to build the capacity of our health system,” with the addition of test kits, lab supplies, a testing machine and the arrival of Cuban doctors who have completed their 14-day quarantine and tested negative for the virus.

“These new developments are a sign of how far BVI has come. The strict curfew and border closure were short-term means for controlling the risk of Covid-19. Neither were designed to be permanent, but they bought us some time,” he said. “It is only because the public and public service have adapted so well that we are now able to ease some of the restrictions.”