Local News > Boutique hotel could be coming to Pier Park

Boutique hotel could be coming to Pier Park

END_OF_DOCUMENT_TOKEN_TO_BE_REPLACED 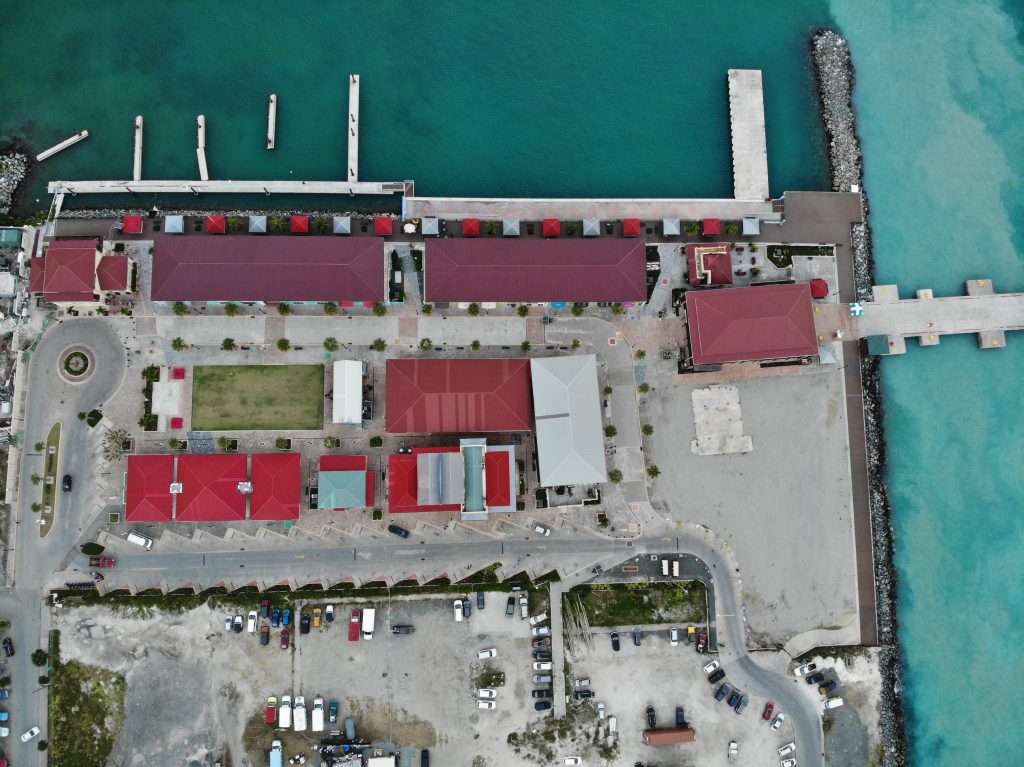 The Cyril B. Romney Tortola Pier Park is soliciting ideas for a boutique hotel on the unused area near the pier, seen on the right of the photo. (File photo: FREEMAN ROGERS)

TPPL CEO Vance Lewis said that the EOI call is not a tender document, but meant to solicit ideas about what to do with the flat, empty area near the cruise pier that originally was designated for “Building 5,” which was never built.

“It was originally construed as multi-facility building, and for one reason or another it didn’t happen,” he said of the planned building that officials previously said likely would be leased to the United States-based restaurant chain Margaritaville. “We’ve gone out to see if we could get this done.”

According to the EOI docu- ment, the new hotel is envisioned to consist of 20 to 25 rooms and to be managed by a “globally recognised management brand.”

Amenities could include a full business centre, meeting rooms and conference facilities with a capacity of up to 350 people, the document stated.

However, since the document is meant to solicit ideas from developers, the details may change as the project evolves, according to Mr. Lewis.

“It’s multifaceted,” he said. “We put ideas out that people could consider; we expect that as documents come back, some new ideas could be contained as well — even the size of the hotel.”

The EOI states that the park is seeking a developer with experience developing and/or constructing a four- or five-star hotel or real estate project, and that the applicant “should have a mini- mum net worth of $10 million in [the] last three financial years.”

Mr. Lewis explained that such requirements aim to ensure that interested developers, who could be based locally or abroad, are serious about the project.

“We want ideas grounded in experience and ideas that can be backed up by financing,” he said.

He maintained that TPPL has no developer in mind al- ready, but that the EOI grew out of suggestions he and his team had received over the past few years about how to use the empty space.

Zoe Walcott, business development manager for the park, said, “The reality is we are trying to determine what would be the best mix for the space. There were conversations about what was initially envisioned and out of that came the need to start afresh. … It doesn’t exclude anyone who might have put forward or shared an interest [before].”

The EOI also states that the development should include “supporting infrastructure to complement the existing park facilities and soon-to-be-developed megayacht facility.”

The megayacht facility, however, will be part of a separate project, and is part of the pier park’s attempts to appeal to still another demographic beyond cruise tourists and residents, Mr. Lewis explained.

“In [the pier park], we are trying to attract local people; … we’re trying to attract cruise ships because we have a pier,” he explained. “Now we’re looking to expand our capability to take megayachters as well. … Neighbouring countries have done really well by including megayachts.”

Natasha Chalwell, the park’s deputy CEO, added that the ultimate goal is to maximise the diversity of offerings at the park.

“We have a tenant mix that we carefully look at,” she said. “We have our retail, we have our [food and beverage], and we have our entertainment. We need to complement the entire product and long-term sustainability of the pier park, and that is part of our strategy.”