Seeing the United States, including the neighbouring US Virgin Islands, experience a labour shortage as pandemic restrictions ease, businesses owners who spoke during a BVI Chamber of Commerce and Hotel …

END_OF_DOCUMENT_TOKEN_TO_BE_REPLACED 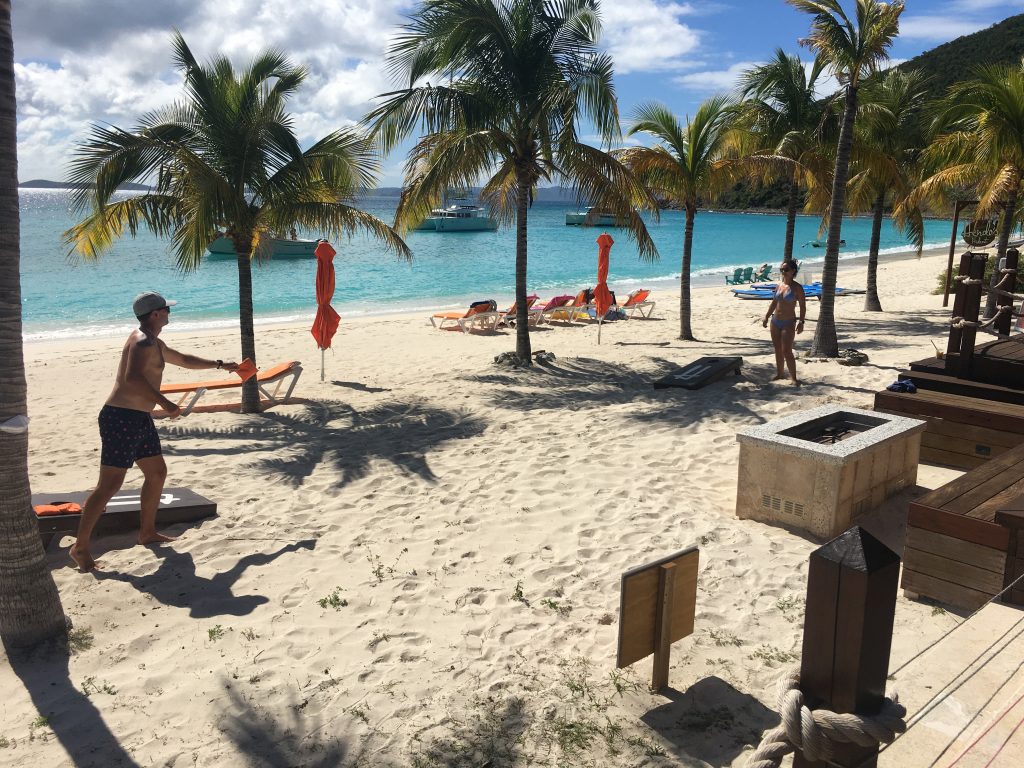 Seeing the United States, including the neighbouring US Virgin Islands, experience a labour shortage as pandemic restrictions ease, businesses owners who spoke during a BVI Chamber of Commerce and Hotel Association panel discussion last week said that government should act now to make sure that this territory doesn’t suffer the same fate next tourism season.

There’s a lot of pent-up demand for tourism, they said, and the territory could see a mass influx of visitors next winter. However, the staff needed to service all those visitors may not be there when they arrive, according to the panellists.

The April report from the US Bureau of Labour Statistics showed a gain of a mere 266,000 jobs, compared to the one million expected by policymakers, and May’s report showed 559,000 more.

Although the situation in the VI is different, business owners on the panel said the government here will have a role  to play to ensure that businesses can be ready with the needed labour and supplies when tourism gets booming again.

That boom has already started  in the neighbouring USVI, where pandemic restrictions have been much more limited than in this territory.

Already by May, visitors to St. Thomas were experiencing 90 percent full capacity hotels and waiting lists for restaurants, according to a report from the United Kingdom-based Sunday Times.

And even during the pandemic, the US territory fared much better than many other destinations in the region: The Caribbean Tourism Organisation found that the USVI saw just a 34.9 percent decline in
overnight visitors in 2020 compared to 2019.

This territory, by contrast, saw a 72.7 percent reduction in overnight visitors, making it one of the worst performers among the 26 CTO member destinations.

“I would say the US Virgin  Islands probably would want the BVI to open up because they’re so busy that it’s affecting the quality of the product in the USVI,” said Aaron Henderson, owner of Hendo’s Hideout in  White Bay, Jost Van Dyke. “I really believe things are going to  get better, and then when they get better, it’s going to be, boom, all of a sudden, business is going to be back. Now, I’m slightly  concerned that businesses have laid off a lot of people, or work permits have been cut.”

He’s hoping that the Immigration and Labour departments anticipate that a possible backlog could occur and prepare accordingly. If businesses are understaffed, the VI’s reputation will suffer in online reviews, he stated.

“They’re going to say, ‘I went  to this place, and the service was bad everywhere,’ or, you know, ‘I couldn’t get a drink anywhere I went’ … — things they’re saying about St Thomas right now,” Mr. Henderson said.

Work permits are just one side of heading off a labour shortage, the panellists said.

The other part is training  Virgin Islanders and belongers for the needed roles, because a tourism boom will present employment opportunities.

“If I can hire someone that’s local, I would hire all day every day over someone who isn’t from here because they’re tied to the community,” Mr. Henderson said. “If you look at what’s happening in the States right now, restaurants are scrambling everywhere to try to find staff, which means that there’s great opportunities for everyone all over. I would hate to see that we have people from the BVI that are leaving to go up to the mainland to seek employment because they think that things here aren’t going to get better, and then when things get better there’s no one to hire.”

To help, he suggested that H. Lavity Stoutt Community College train more students through its hospitality and culinary programmes.

Kelwyn “Kelly” Faulker Lindsay, owner of Kelly’s Land and Sea Tours on Anegada, wants to see more community outreach from both the public
and private sectors. He cited the Hire BVI job fair as a good example of such initiatives.

“One of their main comments I remember during the early times of Covid was, ‘We’re promoting hiring from within.’ So if you are promoting that, then I think on a general basis you would want to see a lot more interaction with the youth.”

He added that as a small business owner with a small workforce, it didn’t make sense  for him to participate in the government’s “1,000 Jobs in 1,000 Days” programme, which was aimed at building those connections.

But he said he is always willing to help young people.

“I’ve always preached to young gentlemen that are all about sea life and growing up with their fathers being on the boat fishing, knowing their island and their culture and their people, to, if they ever feel like being a tour guide when they come out of school, to talk about it and show off their island, just let me know,” he said.

Marjorie Smith, director of operations at Smith’s Ferry Services, echoed the calls of many business owners throughout the pandemic for a clear plan from government so that businesses know how to prepare for the future.

“It seems like our strategy overall has been to wait for us to hit a critical mass with vaccinations, and it doesn’t look like that’s going to occur,” she said during the discussion. “We have hurricane season coming up. A lot of us have insurance payments to make. We’re going to have electric bills continue to carry through.

“You know, in the restaurant industry, the cost of food has skyrocketed.”

With finances already tight, she said, businesses need cues from the government before they can know when to start hiring again.

“When is it that day-trip visitors are going to be able to come back into the BVI?” she asked, adding, “There’s so many of us right now that kind of have our hands up in the air just because we’re not being given  enough information to pilot the ship right.”