The BVI Electricity Corporation has signed a new short-term contract with Sol Petroleum to supply fuel for the company through August, leaders said during a press conference on Nov. 8. …

END_OF_DOCUMENT_TOKEN_TO_BE_REPLACED 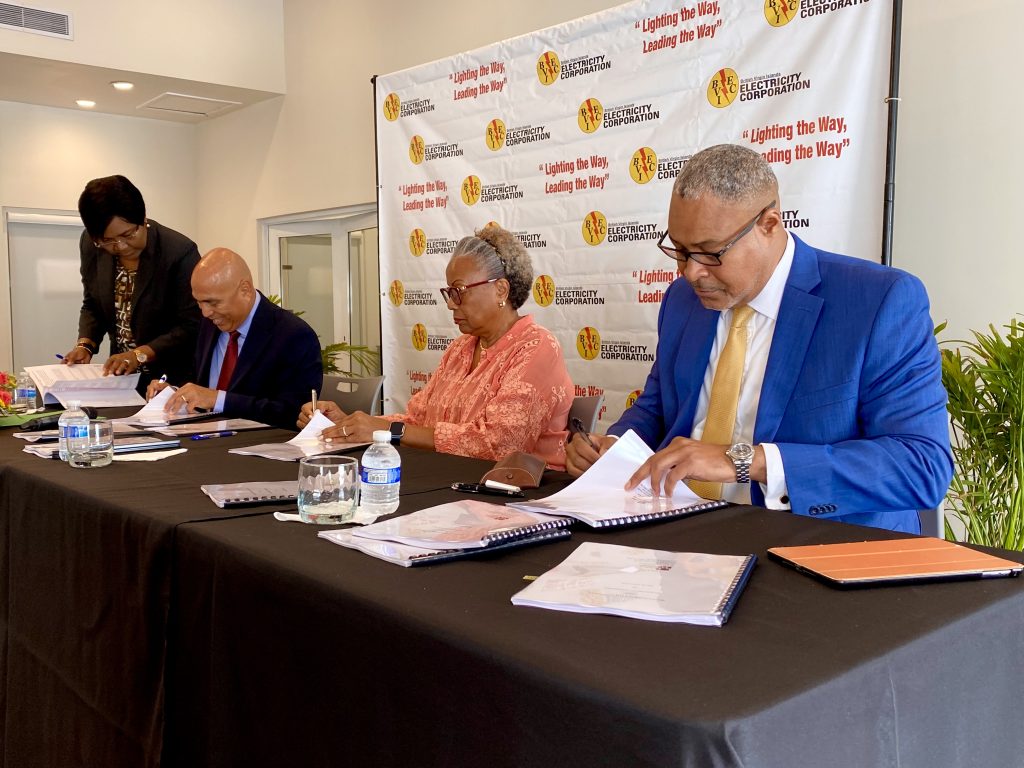 The BVI Electricity Corporation has signed a new short-term contract with Sol Petroleum to supply fuel for the company through August, leaders said during a press conference on Nov. 8.

“These contracts are critical to the operations of the organisation and to ensure that we have a steady supply of petroleum products necessary to provide a steady supply of electricity to thFe residents of the Virgin Islands,” said BVIEC Chairman Rosemarie Flax.

She noted that Sol Petroleum has been supplying the corporation since June.

“It makes it easier and more reliable when we can depend on partners that are operational in the BVI, especially in times of inclement weather and hurricanes,” she said.

BVIEC General Manager Leroy Abraham said both Sol Petroleum and Delta Petroleum BVI expressed interest in supplying fuel, but Delta disclosed that it would not be able to get access to number two diesel.

He noted that the previous fuel contract with Delta came to a premature end because of product shortages.

But Sol later stepped in to provide number two diesel fuel and other services after a falling out between Delta and BVIEC in May, during which both entities publicly accused each other of making misleading statements.

While the BVIEC said Delta could not honour the contract it signed, Delta claimed supply issues were to blame and said it had offered a different type of fuel that the utility rejected.

At the time, Sol was the only bidder to tender an offer to supply the petroleum products, offering a price of about $51.3 million for the 2022-2023 period, the BVIEC said at the time.

Most of that money — about $50.4 million — would go to supply number two diesel to the Henry Wilfred Smith Power Station in Pockwood Pond, according to the utility. Sol also bid nearly $268,000 to supply lubricating oil to the same station for the same period and about $618,000 to provide No. 2 Diesel to the Anegada Power Station, according to the utility.

On Nov. 8, Mr. Abraham said, “Things are very volatile in the world right now, so I don’t know what level of assurance there is, but Sol has given its assurance it will do everything possible to ensure that they continue to supply the BVI Electricity Corporation. If for whatever reason there’s no more diesel fuel in the world, then there’s nothing all of us can do at that point.”

“Government is doing this to ease the burden that is being faced by residents due to increases in oil and fuel prices on the international market, which has been ongoing since the Russia-Ukraine conflict escalated in February,” he said.

If prices don’t begin to fall soon, Mr. Rymer said he would speak with the premier about finding funding to continue the subsidy.

Mr. Abraham said on Nov. 8 that the Ukraine invasion is unprecedented, but that he is hopeful it will normalise by early next year. He added that part of the reason for the short-term contract is the expectation that fuel prices will soon decrease.

“We do know that it’s not going to last forever, but none of us have a crystal ball with regards to the extent of time,” he said.