International finance centres like the Virgin Islands facilitated $1.6 trillion of financing to developing countries between 2007 and 2014, according to a recent report by Dr. Judith Tyson, a research …

END_OF_DOCUMENT_TOKEN_TO_BE_REPLACED 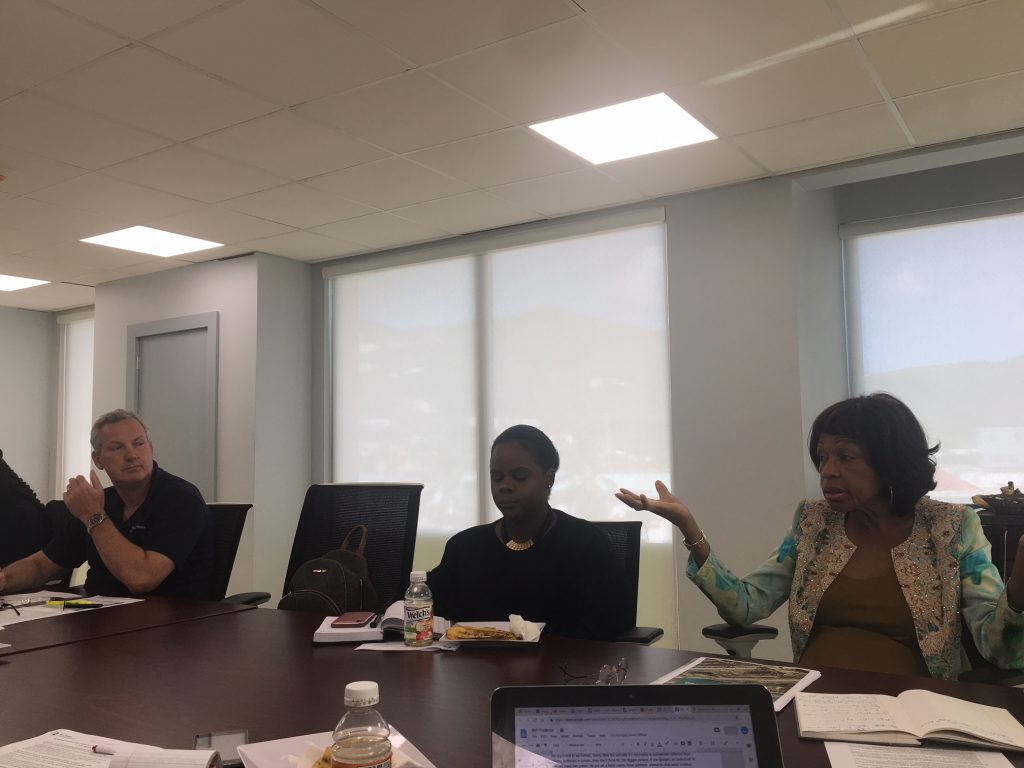 International finance centres like the Virgin Islands facilitated $1.6 trillion of financing to developing countries between 2007 and 2014, according to a recent report by Dr. Judith Tyson, a research fellow at the Overseas Development Institute, an independent London- based think tank.

The report, titled “International financial centres and development finance,” was commissioned and funded by BVI Finance.

It found that finance galvanised through IFCs boosted developing countries’ gross domestic product by $400 billion and tax revenues by $100 billion during the 2007-2014 period.

For Lorna Smith, interim executive director of BVI Finance, the report, which cost BVIF about $64,000, is “unequivocal” in its stance that developing countries would have missed out on more than a billion dollars of incremental financing over the last decade if it were not for IFCs.

Thirty percent of all international investment stock — which, as of 2012, totalled more than $6.5 trillion annually — is channelled through IFCs, the report notes, estimating that $1.5 trillion of this finance is “incremental” to what would otherwise have been mobilised through direct investment.

This “incremental finance” is that channelled to sectors that have positive effects on inclusive economic growth, such as infrastructure and financial services, according to the report.

Speaking to reporters Friday at BVI Finance headquarters, Ms. Smith said the value of the VI is “not just wealth creation, but how BVI structures are used for making sure that [develop- ing] countries are … [ensuring] that their sustainable development goals are met.”

The report also explained how IFCs can help overcome barriers to investment in developing countries by providing secure jurisdictions for contracts, dispute resolution and collateral arrangements — benefits that aren’t always readily available in these countries.

It found that foreign direct investment and emerging-market funds were responsible for 75 percent of new business entities in the VI, largely between greater China and developing countries. Between 2007 and 2014, 41 percent of VI-domiciled entities were involved in FDI, and 16 percent were involved in EMF activity.

“The strengths and attractiveness of IFCs are clear,” Ms. Smith said. “They provide secure, reliable and efficient jurisdictions that allow investors to mitigate the risks and barriers to investing in developing countries.”

In a statement, Dr. Tyson — who holds a PhD in financial sector development in Africa from the School of Africa and Oriental Studies at the University of London — said the report highlights benefits of IFCs that have too often been neglected, especially amid the barrage of new regulations coming from the United Kingdom and the European Union as part of efforts to crack down on the illicit activity sometimes associated with jurisdictions like the VI.

“The danger of the current reform process is that, in their zeal, the various authorities will throw the proverbial baby out with the bathwater, impairing the development community’s ability to deliver one of its most important policy goals — the mobilisation of private finance for development while having a negligible effect on corruption and tax evasion in developing countries,” she said.

To make its argument, the report points to several case studies, notably Norfund, which Simon Gray, head of business development and marketing for BVI Finance, called “a cautionary tale for those who think that multilateral development banks and [direct foreign investors] should not use IFCs.”

The development agency was formed by the government of Norway to provide aid to poorer countries and was for a long time regarded as one of the best governed agencies of its kind in the world. However, it stopped channelling funds through IFCs in 2009 as a result of political pressure.

As a result, Norfund made no new investments in sub-Saharan Africa in 2010 and 2011, and halted pipeline deals in agriculture and small-enterprise because they couldn’t be restructured.

“Obviously the politicians thought this was probably a good idea but there was a consequence to the ordinary people in those countries,” Mr. Gray said. “You have to be careful what you wish for; think of what-if scenarios.”

The paper uses a mixture of primary sources, such as interviews with multilateral development banks, direct foreign investors and professional practitioners, and secondary sources such as the International Monetary Fund and United Nations.

Asked about the neutrality of the report given that it was funded by BVIF, Ms. Smith pointed out that the ODI is an independent agency.

“It’s not always what we wanted to say,” she said. “Whether the entity likes it or not they publish [it].”

The report touches on domestic corruption in Africa, including possible money laundering and terrorist financing.

“It does talk about illicit financial flows,” Ms. Smith said. “We don’t want to go in there giving attention to these things or making the suggestion that we are insulting the countries in that fashion, but it’s the ODI’s report and it’s … what they see as evidence-based.”

While the report discusses illicit activity, one of its main takeaways is that post-2008 reforms — such as international standards introduced by the Global Forum on Transparency and Exchange of Information for Tax Purposes and the Financial Action Task Force, to which the VI adheres — have led to a drop in tax avoidance.

Use of VI vehicles for tax structuring as a percentage of total activity declined from 19 percent in 2007 to eight percent in 2014, a near 60 percent change, according to the report.

Data were not available for the period since 2014, but “given the reforms since then and the peer reviews conducted, further reductions are to be expected,” according to the report.

Money laundering was not addressed, however, due to a “lack of reliable data.”

BVIF officials said the data provided by the report will prove valuable to the territory as they continue to seek out new horizons for VI financial offerings.
“We are taking this report to Africa,” Ms. Smith said.

A trade mission to Africa scheduled for last November was postponed until this year in favour of hammering out regulations in response to the threatened European Union blacklist. But the trip is back on the agenda, she said.

“We want to increase our profile; we want to do more business with Africa,” she said, adding that VI structures are al- ready “used for investing mil- lions in about six or eight countries in Africa at the mo- ment. We see Africa as one of our next frontiers.”