The BVI Athletics Association hosted its annual awards gala at The Moorings on December 30. The event honoured Virgin Islands athletes of all ages for accomplishments throughout the 2019 season. …

END_OF_DOCUMENT_TOKEN_TO_BE_REPLACED 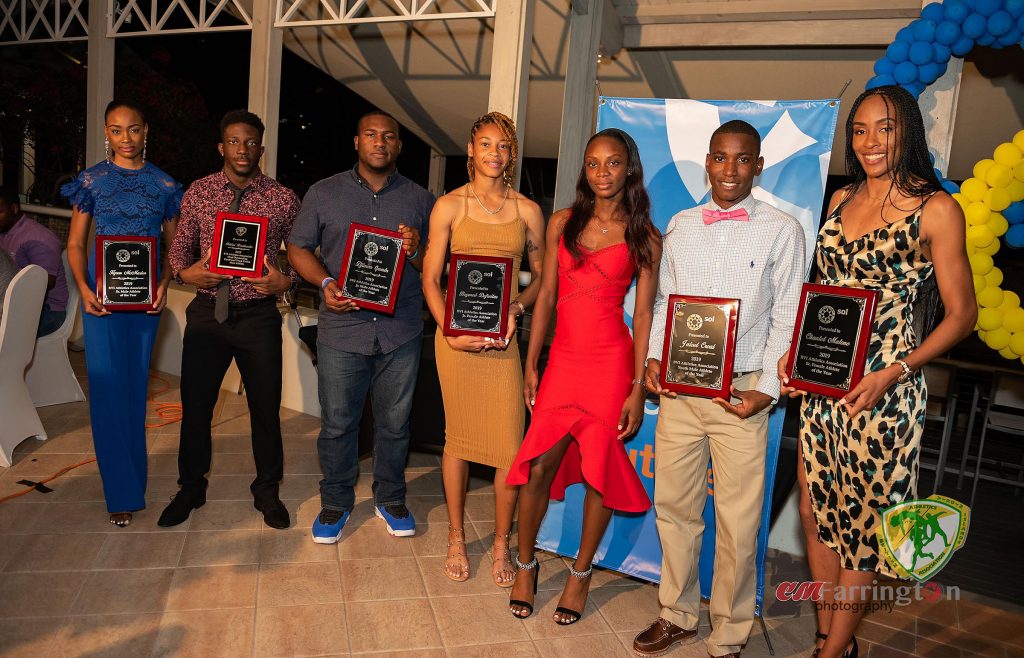 The BVI Athletics Association hosted its annual awards gala at The Moorings on December 30.

The event honoured Virgin Islands athletes of all ages for accomplishments throughout the 2019 season.

“It is very important that countries can have athletes that they look up to,” Ms. Simpson said. “And the British Virgin Islands must be very proud that the younger athletes have older athletes to look up to. Tahesia Harrigan for example has been a trailblazer for this country in all that she has achieved.”

Most Outstanding Track and Field Performances

Most Outstanding Girl Under-18 Field Athlete

Most Outstanding Record Breaker Boy Under-18

Most Outstanding Most Improved Boys Under-18 Field Athlete

Most Outstanding Boys Under 20 Track Athlete

Most Outstanding Girls Under-20 Track Athlete

Most Outstanding Boys Under-20 Field Athlete

Most Outstanding Girls Under-20 Field Athlete

Coaches of the Year

Sol Athletes of the Year awards