The head of the BVI Tourist Board told legislators last year that the agency needed $15 million to do its job in 2022, when tourism is expected to recover by …

END_OF_DOCUMENT_TOKEN_TO_BE_REPLACED 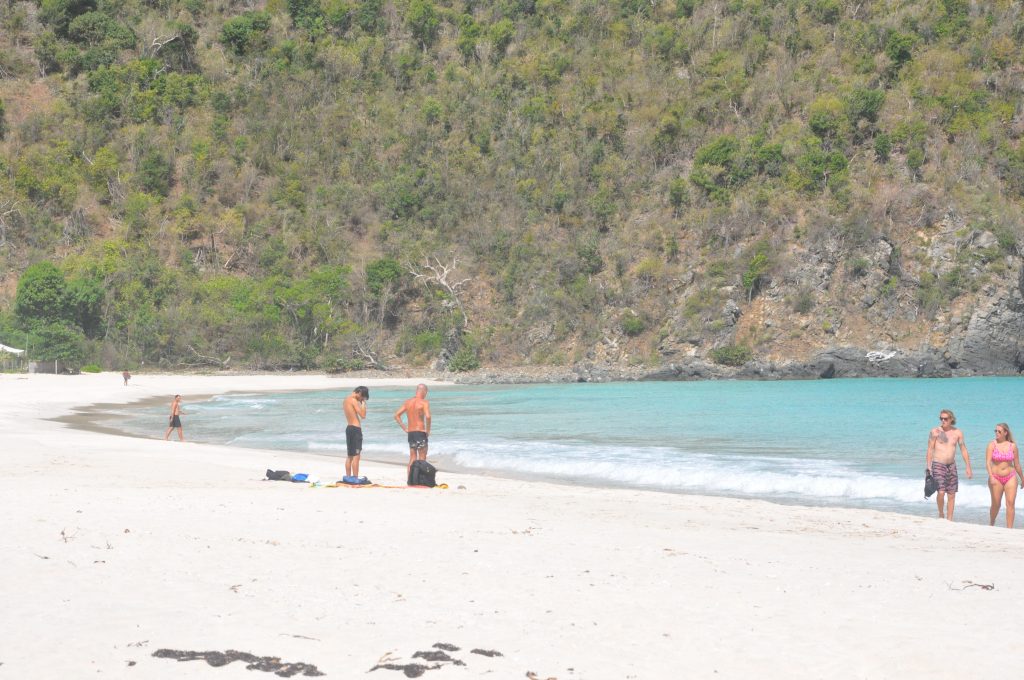 The BVI Tourist Board asked the Standing Finance Committee for a bigger budget for 2022. The request was not met. (Photo: CLAIRE SHEFCHIK)

The head of the BVI Tourist Board told legislators last year that the agency needed $15 million to do its job in 2022, when tourism is expected to recover by leaps and bounds, but it was allocated only $9.6 million, according to the Standing Finance Committee report, which details closed-door hearings that took place in November and December.

The report states that Tourism Director Clive McCoy said the earmarks for the grant — which is larger than grants for the past two years but nearly $2 million less than the grant for the record tourism year of 2019 — leaves the agency with only $8.4 million to market the territory.

At the time of the hearing, Mr. McCoy reportedly said he had “been informed” that the board’s allotment would be only $9.6 million, the figure ultimately reflected in the budget estimates.

The director continued by explaining that the BVITB had “presented a budget of $15 million dollars: $12 million towards operational expenses and $2 million for project development,” the SFC report states, though it doesn’t indicate whether he accounted for the remaining $1 million requested.

Mr. McCoy added that the remaining funds were not enough for the destination to remain competitive amid a post-pandemic travel surge, and he asked the committee to reconsider the BVITB’s request, claiming that “analysts have predicted that by 2023, projected travel to the BVI would return to 2019 numbers.”

He also noted that 2022 is the 10th anniversary of the Anegada Lobster Festival, a major tourism event the board planned to market heavily.

That marketing is “going to be costly,” he said, according to the report.

Legislators questioned Mr. McCoy about the board’s expenses, particularly for its offices.

Junior Minister for Trade and Economic Development Shereen Flax-Charles and Opposition Leader Marlon Penn both asked whether it was paying rent for facilities that it was not using.

The BVITB relocated to the third floor of the Geneva Building in 2018. Before that, it was located on the second floor of the Akara Building on De Castro Street, according to a previous version of its website.

Mr. Penn asked how long the BVITB “had been paying rent for both locations,” and the cost of each rent.

However, the SFC report — which is sometimes redacted with no indication — did not include a response from Mr. McCoy, and attempts to reach him this week were not immediately successful.

Mr. Penn then asked about some heavily trafficked tourist areas near the Eighth District, which he represents, that he felt were not up to par, including Long Bay Beach.

“If we were going to sell a product, the product has to be one that is worth selling,” he said, explaining that Long Bay Beach “is a beautiful beach, but by the time the guests get to the beach, they forget the beauty that they meet when they get there because of the condition of the road.”

“However, if those agencies do not do their part, the BVITB would do what needs to get done,” he said, according to the SFC report.

Mr. Penn asked when the board had contacted the ministry in the case of Long Bay Beach, and Mr. McCoy replied that he could not recall.

Mr. Penn noted that at the time of the November-December hearings, the peak of the cruise ship season was about to arrive “and the circumstances at Long Bay Beach are not getting any better and asked [Mr. McCoy] to do what was necessary to get the situation addressed,” according to the SFC report.

Acting Financial Secretary Jeremiah Frett added that his ministry was having discussions with Public Works to fix the road.

Mr. Penn also complained about the state of the Josiahs Bay restroom facilities, saying they were non-functioning.

However, he said, simple maintenance, such as new fixtures and a connection to the septic system, could repair them.

He added that he had been informed by the Ministry of Natural Resources, Labour and Immigration that the facility “was under the control of the BVITB.”

Mr. McCoy stated that the BVITB worked very closely with the ministry concerning the conditions of the beach, but that the board “does not manage bathrooms.”

He indicated that he would liaise with the ministry to sort out the matter.