Calls made for tourism master plan

Though Premier Andrew Fahie recently expressed high hopes for the tourism industry to have 5,000 land-based rooms available within five years, some hospitality stakeholders said last week that this target …

END_OF_DOCUMENT_TOKEN_TO_BE_REPLACED 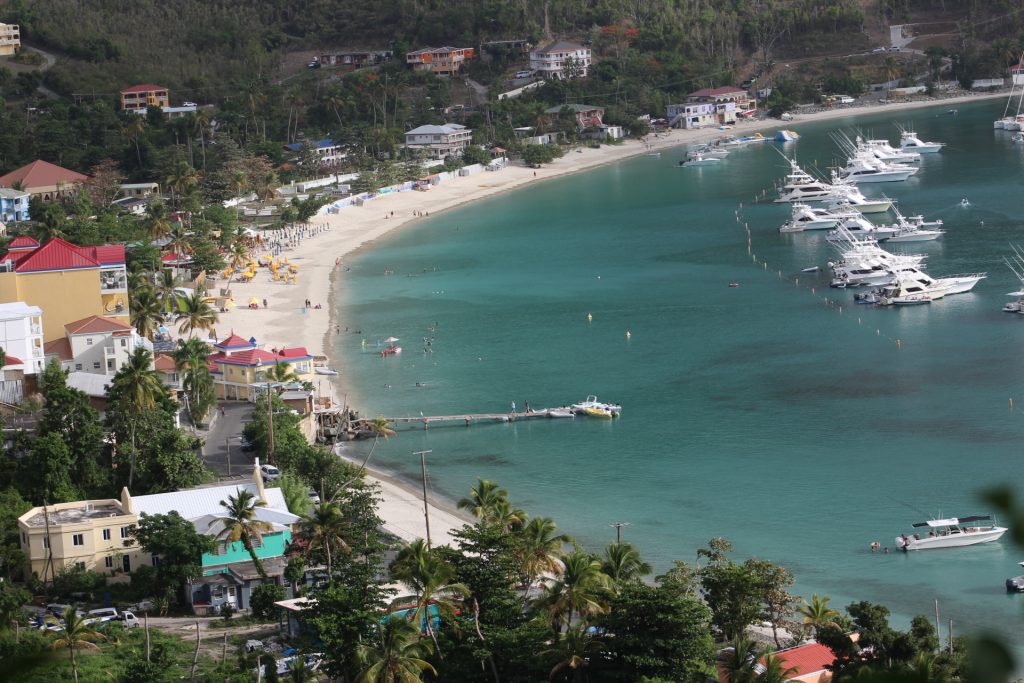 Members of the BVICCHA have called for a Tourism Master Plan. Photo: ZARRIN TASNIM AHMED)

Though Premier Andrew Fahie recently expressed high hopes for the tourism industry to have 5,000 land-based rooms available within five years, some hospitality stakeholders said last week that this target is unrealistic and potentially detrimental, and they called for a long-term plan to guide the way forward.

“Five thousand is a scary number,” Alberto Matos Martinez, manager of the Wyndham Lambert Beach Resort, said at a BVI Chamber of Commerce and Hotel Association meeting last Thursday. “We don’t want to overpopulate the offer of rooms and therefore the pricing is down and you don’t control the room rates anymore. You start cutting your service in order to make a profit and then the quality goes bad.”

During his budget address in April, Mr. Fahie stated that he wishes to increase room stock first to pre-Irma levels of 2,700 and then to expand to “5,000 beds within the next five years.”

Nearly 50 percent of the pre-Irma land-based rooms are open now, according to Tourism Director Sharon Flax-Brutus.

At last Thursday’s meeting, BVICCHA President of Hospitality Chaunci Cline called for a long-term plan for the territory’s tourism industry.

“We need a tourism master plan that speaks to sustainability,” Ms. Cline said at the session, where three hotels were represented along with other businesses.

Such a plan was called for in the territory’s Recovery to Development Plan, which states that “the first step to revisioning and repositioning the tourism industry for the future is the development of a national tourism strategy in 2018.”

The progress of that plan is unclear, but it may have been in the works last November, when Ms. Flax-Brutus said during a media breakfast that the BVI Tourist Board was committed to developing a strategic plan for tourism in the VI by early 2019.

“Work has already begun on this project,”she said at the time, adding that the plan would include a renewed push toward urging residents to visit the sister islands.

A new government has taken power since then, and Ms.Flax-Brutus declined to comment on the plan this week, instead directing the Beacon to the Premier’s Office. Attempts to reach officials in the Premier’s Office, which was closed on Tuesday, were not immediately successful.

Last Thursday, Ms. Cline said the BVICCHA would work to gather “intelligence” in order to influence other issues like airlift and access points into the territory.

Besides the number of available rooms, she said, the BVICCHA wants to ask other questions related to the premier’s vision to have 5,000 rooms open across the territory.

“Where are we now and where do we seek to go? How do you foresee getting to that target? Is there an opportunity for us to expand? And is there incentive for us to do that?” Ms. Cline listed.

The larger question is about whether the government wants to bring in mass tourism or keep standards higher with fewer accommodations, according to the hoteliers.

Mr. Martinez contended, “The resorts and beaches are beautiful as they are. If you’re going to have 5,000 rooms, you need clear distribution of where they are because the density needs to be controlled.”

Spreading accommodations throughout the 59 square miles of land in the VI requires a well-thought-out plan, hotel representatives said.

Ms. Cline added that this vision includes expansion of ports of entry like ferry terminals and airports, and improved road networks, sewage systems, and trash collection, as well as beautification of the territory and walkable communities.

Such arrangements raise even more questions that require addressing by the government, business owners said.

“How many flights per day will it take to fill those rooms?” asked Mr. Martinez. “I’m glad we haven’t extended the airport, because being in the other islands the quality of service declines because it becomes a massive operation.”

Hiring and accommodating staff are other major concerns for business owners, they said. This could mean supporting families by increasing capacities of schools and transportation.

“If you add 5,000 hotel rooms, plus all the yachts that we have, plus the cruise ship passengers, …can you imagine a day where we have all that happening?”asked Henry Prince, executive chef of the Bitter End Yacht Club. “You don’t have space to put people. You have to have carrying capacity. That’s why that 5,000 number is not doable. It’s going to compound the carrying capacity to a point that we can’t deal with if the infrastructure is not there.”

During the meeting, business representatives agreed that the tourism master plan needs an analysis of the impact of different tourism sectors.

Hotel managers also wanted clarification on what kinds of rooms the premier and his administration want to see across the territory.

During the meeting, several hotel representatives gave updates on their room count and what to expect in the coming months and years.

Village Cay Resort and Marina, which hosts hotel rooms, a restaurant, a conference area, a pool, and a deli, has 19 active rooms. By Nov.1, two more will be open for business. The marina has 406 slips, said Maureen Morrison Jones, hotel and marina manager.

Wyndham Beach Resort in Lambert is still under repairs with only four rooms currently open, Mr. Martinez said. But by Nov. 1, 34 more rooms will be available for the 2019-2020 season.

That number will increase to 180 rooms by 2022, and the property will include a restaurant, a beach bar, and a pool bar, he added.

Bitter End Yacht Club is under development but anticipates opening in the first quarter of 2020 with a marina, mooring balls, restaurant and bar, a gift store, and a grocery store.

Along with input from representatives from TICO and the Romasco group, the meeting ended with a promise that discussions will continue in October.

“If we don’t speak with one voice around what we believe are essential needs of the industry, then we will continue to piecemeal around them,” Ms. Cline said.