Local News > The election campaigns of days gone by

The election campaigns of days gone by

In the weeks leading up to a general election in the modern Virgin Islands, campaign billboards line the roads, smaller signs dot telephone poles, and the airwaves are cluttered with …

END_OF_DOCUMENT_TOKEN_TO_BE_REPLACED 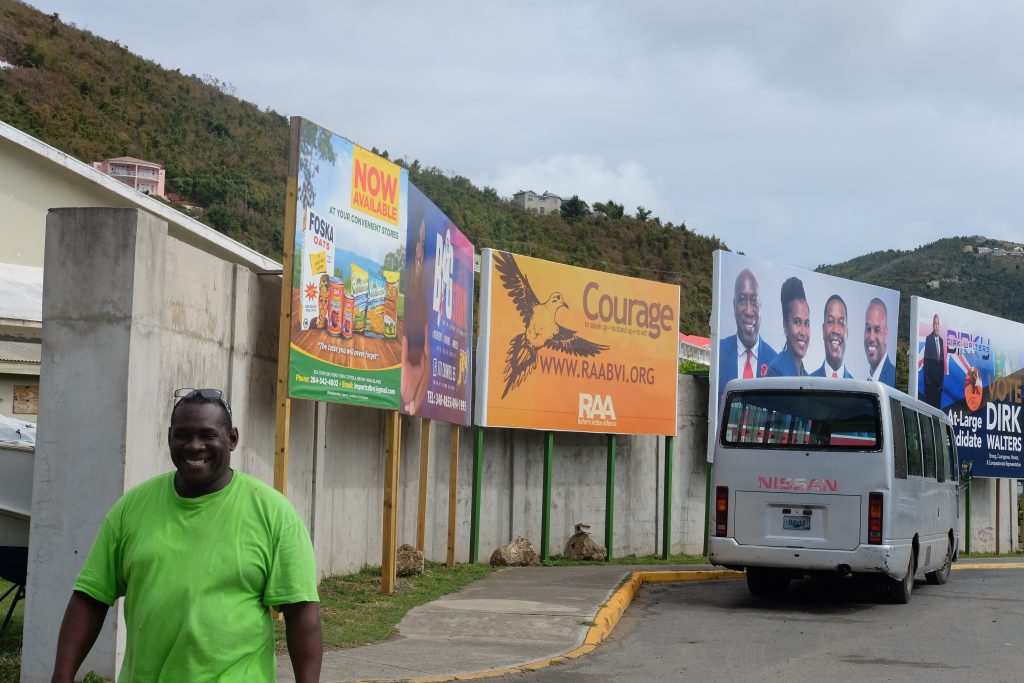 In the weeks leading up to a general election in the modern Virgin Islands, campaign billboards line the roads, smaller signs dot telephone poles, and the airwaves are cluttered with political ads.

Now residents don’t even need to leave home to closely follow the buzz: For the first time this year, most campaign events are being streamed live on social media.

It wasn’t always this way.

“In our day, we didn’t have eats and drinks and so on,” said Conrad Maduro, the long-time leader of the United Party, which was formed in 1966 and was part of the first government after the ministerial system was introduced in 1967. “We just announced our meetings: The supporters came, they listened, and sometimes you asked them to come up and give their views. We were one body, but nowadays it looks like a picnic or something. I don’t know what to call it.”

In East End and Long Look, for example, most campaigning was done outside shops or by The Stickett from 1967 through the early 1980s. Tents, stages and flashy decorations were used rarely, if ever, but candidates typically used a public address system much as they do today.

To get the word out, he said, candidates had to get people out of their homes since media access was limited and there was no internet.

“You had to rely on bullhorns and making sure that people got out physically so that they could be informed as to the events of the day and plans the various parties had for them,” he recalled. “It was real grassroots campaigning.”

Mr. Malone noted that candidates were presented with a new challenge when four at-large seats were added to the legislature in 1995, replacing the former district-only system.

“Before ’95, when you were done with your district, you could have gone and support other districts either as a group or individually,” he said. “Now there’s a greater call for the media. The at-large candidates cannot rely on one area: They have to let the entire territory know what plans they have. There’s now a need for the word to be circulated in a greater manner.”

“One of the main things we brought was a lot of lustre and shine to campaigning: bright colours, draping poles, decorated tents,” Mr. Smith said. “We had a lot of posters and flyers and did a lot of television and radio promotions. These things weren’t there before and we added more of a flair to campaigning.”

Such efforts included an increased focus on branding.

“We organised our speeches in a way to sell our platform and sell the items in the manifesto,” he recalled. “We sort of raised the bar in terms of presentation, so everybody had to step up the game, so to speak.”

Hurricane Irma also has brought a new dimension to the 2019 election. In the past, candidates have relied heavily on television and radio stations to get their message out, but Mr. Malone noted that some of these businesses have not recovered from the storm.

“The whole media has changed, not as a result of neo-modernisation, but the storm has crippled a number of the traditional ways in which communications could be had,” he said. “Now you have to rely on the whole social media apparatus. Thank God ZBVI 780 AM was able to recover after shortened periods of being down. With social media and newspapers, that’s the primary way you can get what I call the ‘air wars’ going.”

Still, he added, those methods are not foolproof.

“It does not replace the traditional handshake, eye-to-eye, house-to-house, door-to-door campaigning that must now go on again, because not everyone is on social media,” he added.

Campaigns may be easier to follow these days thanks to social media, but some residents feel nostalgic for the old days.

Bertrand “Washasha X” Lettsome, son of late Seventh District Representative Terrance B. Lettsome, said that he didn’t engage in any political activities with his father, but he remembers less hostility in the campaigns of his youth.

“In those days, you had the different community groups from Jost Van Dyke to Anegada and Virgin Gorda, and there were issues of the day — getting land, for example — that drove the groups of the day,” he noted. “Politicians came to the community groups. Today the community groups are even more important than they were yesterday and we need to get them up and running again. Everyone is promising, but there are no watchdog groups in place. We need strong community organisations active yet again.”

Mr. Maduro, who has led the United Party since Feb. 10, 1967, agreed that campaigns used to focus more closely on important issues.

“There were no such things as ‘white envelopes’ and those things in our day,” he said, referencing vote-buying allegations that have been made during recent campaign events. “As a matter of fact, these things are against the law. It is something like six months and $3,000 fine — a lot of money to pay and a lot of time to spend in jail.”

Mr. Maduro added that campaigns of the past came “from the heart.”