Government announced Friday that Cane Garden Bay beach was “closed for recreational use” after water quality samples found high levels of harmful bacteria, but beachgoers continued to swim there and …

END_OF_DOCUMENT_TOKEN_TO_BE_REPLACED 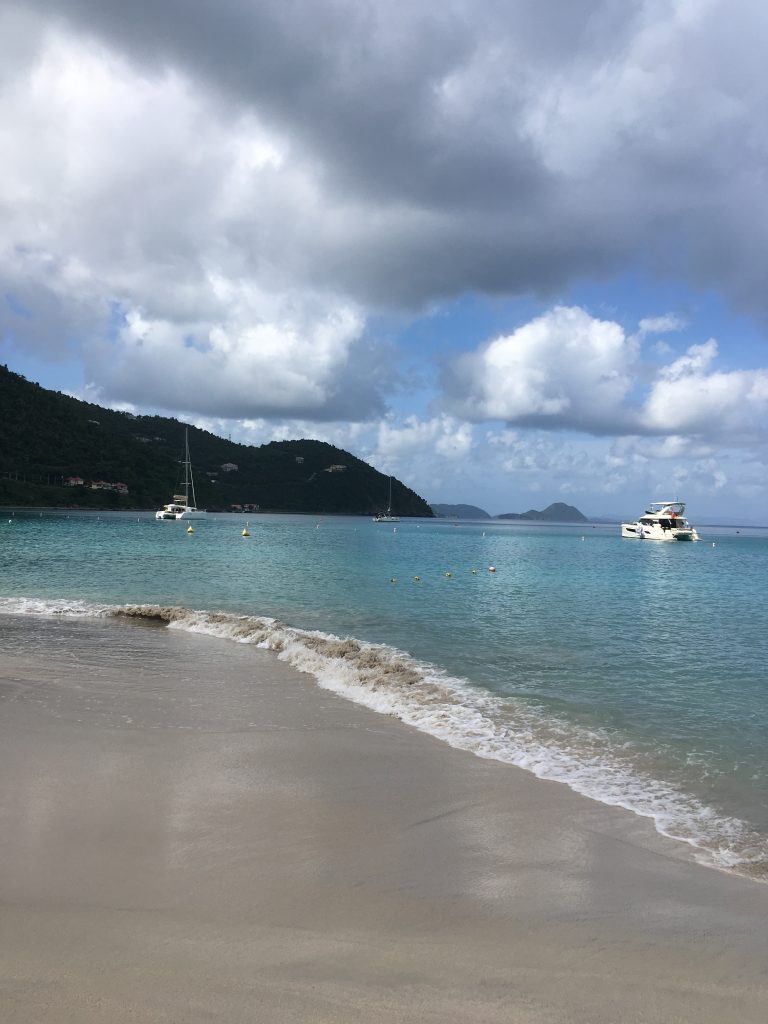 The beach at Cane Garden Bay was “closed for recreational use” on Friday after officials discovered “bad bacteria” in the water, government announced. Water quality tests are ongoing. (Photo: JOEY WALDINGER)

Government announced Friday that Cane Garden Bay beach was “closed for recreational use” after water quality samples found high levels of harmful bacteria, but beachgoers continued to swim there and as of yesterday morning no major signage had been posted in the village.

The high levels of bacteria followed Tropical Storm Karen, which sent water gushing down and eventually overflowing the ghut leading into the beach, said Joseph Smith Abbott, deputy secretary in the Ministry of Natural Resources, Labour and Immigration.

In keeping with standard practice, teams from the MNRL and the Ministry of Health and Social Development monitored the quality of water in Brewers and Cane Garden bays in the days following the storm, and they discovered the bacteria and sent out the notice, the press release stated.

“It was advisable to limit swimming at this time,” Mr.Smith Abbott said. Water quality is being tested daily at the beach, but there is nothing else to be done but waitfor the levels of bacteria to drop back down, according to the deputy secretary.

Mr. Smith Abbott added that the ministry will alert the public as soon as the water is deemed safe for swimming. Once the test results show there are “no adverse impacts that can befall anyone, we wil lact accordingly,” he said.

While walking along the beach last week, Damian Cooper, who runs a car washing business in Cane Garden Bay, saw government officials wearing a “suit that comes up to their chest” conducting tests in the water, he said.

The government’s warning, however, has not deterred beachgoers from entering the water, according to Mr. Cooper. Over the weekend, cruise ship passengers were ferried to the beach, and several of them went for a swim, he said.

In addition to the advisory, government was also planning to install some signage at the beach explaining its findings, but when a Beacon reporter visited the bay early Wednesday morning, he saw no such postings.

He also spoke to several people who did not know the beach was closed.

This is not the first time government has closed the beach in Cane Garden. In December 2017, after Hurricane Irma, water samples showed high counts of bad bacteria, potentially the result of excess sediment runoff and the nonfunctioning sewage plant, acting Chief Conservation and Fisheries Officer Kelvin Pennsaid at the time.

In the following month, the beach reopened, then closed, then reopened again