Cane Garden Bay and Brewers Bay to get $1.7 million makeover

New palm trees, a graveyard wall, and a repaired dinghy dock are just some of the $1.7 million worth of improvements the government will be pouring into Cane Garden and …

END_OF_DOCUMENT_TOKEN_TO_BE_REPLACED 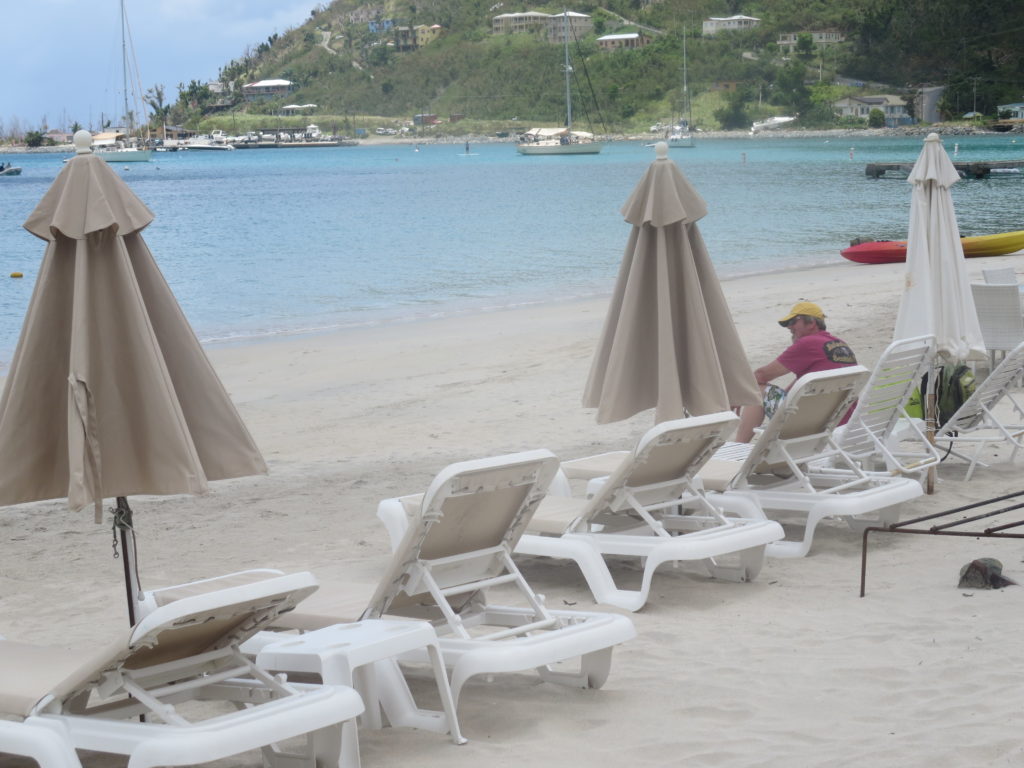 New palm trees, a graveyard wall, and a repaired dinghy dock are just some of the $1.7 million worth of improvements the government will be pouring into Cane Garden and Brewers bays over the next month in hopes of luring back the tourists they lost after the hurricanes.

Officials, he said, plan on “getting our communities back to a place where not only can we set that standard of excellence for our guests, [but for] those of us who live here.”

He added that the works should be completed quickly, so that representatives from cruise lines who visit the territory soon will see the progress.

“The money has already been approved, works have started, and we will continue to push forward,” Mr. Turnbull said. “We can’t afford with everything that has happened with the financial services industry to miss out on another tourist season.”

The list of planned projects includes repairs to the wall of the CGB burial ground and dinghy dock; new vendor stalls; repairs to beach restrooms; new safety and parking signs; a Ballast Bay cultural mural; and a new booth for the BVI Tourist Board. Mr. Turnbull also mentioned plans to repair roadways in Brewers.

“We know for certain when the cruise ship passengers come and they are full in CGB, they go to Brewers Bay,” he explained.

On Saturday, the newly formed CGB Development and Restoration Group teamed up with the volunteer organisation All Hands and Hearts to lead a community cleanup focusing on abandoned houses.

“We’re going to be basically putting plies and two-by-fours in doorways and windows of these buildings … so that we lift the overall standard of the beach,”Mr. Turnbull explained.

Bishop John Cline, deputy chair of the restoration group, said that the ultimate goal would be to turn CGB into “a modern village.”

“This is a community initiative because we recognise that government can’t do everything, and we as the residents and business owners in the district and village must take on some personal responsibilities,” he said.

Mr. Turnbull said he also pushed for the installation of markers near the reefs in CGB.

“Sometimes our guests come in and run aground on the reef, so we want to make sure those areas are marked so we don’t destroy the reef,” he said, adding, “All these projects that we’re doing is in collaboration with all ministries. All things that need to be done will be done.”

Russell Harrigan, chairman of the BVITB and publisher of the Beacon, said that coconut palms from the new initiative Seeds of Love would help replant full-grown trees in an area that has been stripped of much greenery.

“When you drive down that hill of the entrance to the area, you should know that you are in a tourism community,” he said.

Police Commissioner Michael Matthews also was on hand to explain what his department is doing to make sure that tourists feel safe.

He added that contrary to rumours, the CGB police station will not be closed. “We were never going to do that,” he said.

Eventually, he added, his goal is to have four officers on duty in the district, and he’s been given the green light to begin recruiting officers for that purpose.

Mr. Turnbull said that the $1.6 CGB sewerage project announced in January, which will reduce pumping stations and include a complete refitting of the sewage treatment plant, is still on track to be completed next year.

Another $834,000 will go to repairing the road through the village, he added.

“All of it has a dollar amount to it which already has been approved,” Mr. Turnbull stressed. “What is extremely important to me is that the works here are going to be done by us within this community as much as possible. The contracts are going to be signed, so things are going to be moving.”