More than a dozen Caribbean leaders, including Premier Dr. Orlando Smith, gathered in Montego Bay, Jamaica last week for the 39th Caribbean Community heads of government meeting. During the three-day …

END_OF_DOCUMENT_TOKEN_TO_BE_REPLACED 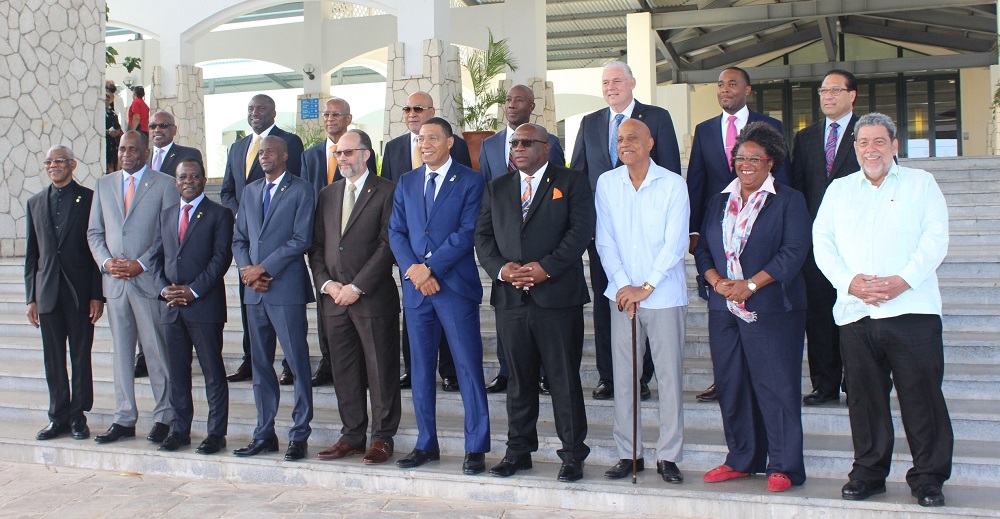 During the three-day conference, they discussed disaster management and recovery, external trade, and economic relations, among many other topics.

CARICOM has 15 full member states, and the Virgin Islands is one of five associate members, along with four other British OTs.

The government heads said they viewed the UK’s public registers amendment “as similar to the unilateral and punitive extra-territorial measures such as blacklisting and de-risking taken … despite [the OTs] best efforts at transparency and compliance,” according to a press release from CARICOM.

Dr. Smith could not be reached for comment on whether the VI plans to strengthen its CARICOM ties after this most recent meeting.

In 1990, at the 10th CARICOM heads of government meeting, the group first came up with its Caribbean Single Market and Economy strategy, which aims to move beyond a common market, widen membership and strengthen trading links.

In 2006, implementation of the CSME began in various lengthy phases. And last week, leaders again reiterated the need to accelerate the initiative’s progress.

“We must do more and do it more quickly,” CARICOM Secretary General Irwin LaRocque said. “The success of the CSME is being judged by the public on the basis of our implementation of the measures agreed to that allow our citizens and businesses to benefit.”

Barbados Prime Minister Mia Mottley urged fellow leaders in attendance to address concerns related to regional airlines LIAT and Caribbean Airways, saying that in 2018 the region “could do better with respect to moving people between island to island and country to country.”

The group later agreed to adopt the Protocol on Contingent Rights, which will cover the rights of people moving to another country under the free movement of skills programme, as well as their spouses and dependants. Leaders said the move was a “major historic step” that would ensure a level of comfort for families.

To keep a greater focus on the CSME, they also agreed to hold a special conference in November in Trinidad and Tobago.

The group acknowledged that the “effects of climate change remain key challenges to sustainable development and that innovative approaches were required in the era of superstorms.”

Grenada Prime Minister Dr. Keith Mitchell pointed out in a speech that member states are vulnerable to climate change and at the “centre of global changes.”

“The question is this: How does this CARICOM family reposition itself to navigate the new global landscape in the context of what must be referred to as the new normal for the small economies of the Caribbean?” he asked.

The prime minister reminded leaders that CARICOM should “determine for ourselves on issues that are important to us where our best interest is served.”

Dr. Mitchell, who was chair of CARICOM during hurricanes Irma and Maria, said his country has created a ministry for climate resilience and introduced legislation to ban the use of plastics and Styrofoam.