It was a hot day last Friday, but that didn’t stop crowds of people from partaking in races and enjoying other events during the Carrot Bay Cultural Fiesta. Plenty of …

END_OF_DOCUMENT_TOKEN_TO_BE_REPLACED 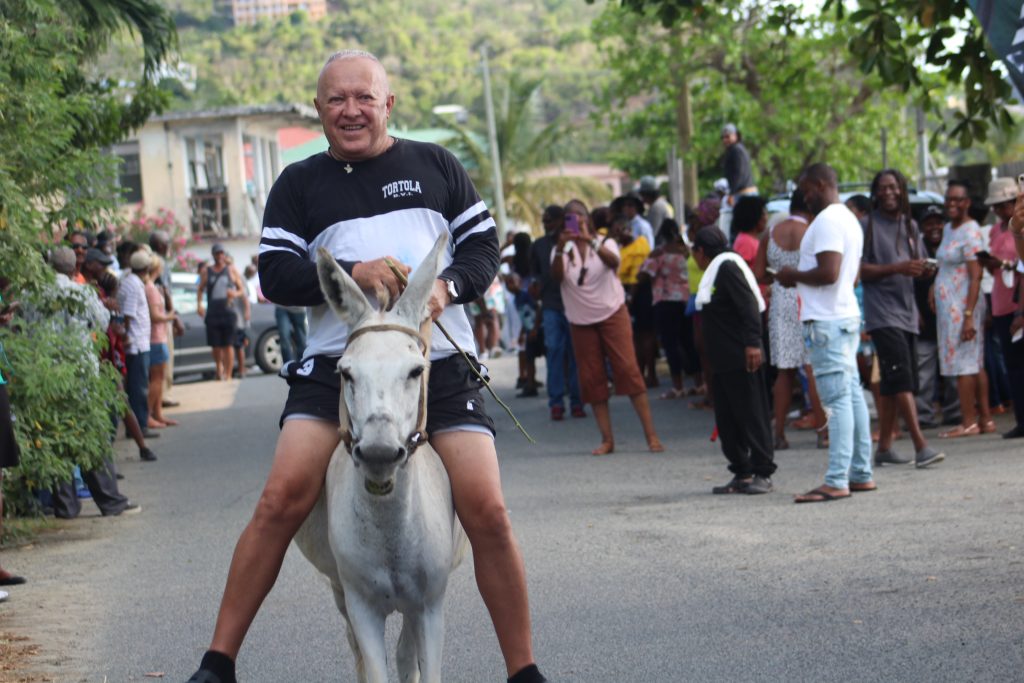 A jockey and his donkey head towards the finish line during the donkey races at the Carrot Bay Cultural Fiesta on Friday. (Photo: ZARRIN TASNIM AHMED)

It was a hot day last Friday, but that didn’t stop crowds of people from partaking in races and enjoying other events during the Carrot Bay Cultural Fiesta.

Plenty of people turned to cool drinks like fresh lemonade made by Island Flavours to help them stay refreshed throughout the day.

“This festival season has been very busy,” said Kemesha Penn, who helps her niece run the lemonade stand. “This is the second time we’ve sold out since it’s so hot out here. We were not expecting this many people here.”

Island Flavours began as a school project for Ms. Penn’s niece, but it grew into a business that’s been supplying freshly squeezed lemonade during the last three August Emancipation Festival seasons.

Ms. Penn said that this year’s August Emancipation Festival overall was “great” and that she enjoyed all the performances in the festival village.

This year in Carrot Bay, community members cheered side by side as volunteers competed in swimming races, tug of war, donkey races and more, all while enjoying sweet treats from nearby stalls.

One of the most hotly contested faceoffs was among the married and single men and women joining in a tug of war, with the winner taking the best of three matches. Governor John Rankin joined in for one match, though his side was bested.

Even though they lost some ground at the start, the married women pulled off a win in the end.

Anastasia Thomas-Donovan attributed the win to the women’s strategy of waiting to give all their strength after the initial few minutes. Asked what the single women can do to better their chances for next year, she laughed and said, “Eat more dumplings and provisions.”

Rounding out the day was the donkey races, where viewers watched with excitement and some trepidation as the animals raced across a bridge.

Deborah Fraser-Joseph, who was visiting her family for the festival and has attended the Carrot Bay fiesta for years, said this year was one for the books. She added that there was enough entertainment in Carrot
Bay to even span two days.

She particularly enjoyed the offerings at the booths, where she picked up a new lemon tree.

“Personally, I think that Carrot Bay is a really great village, and people could do even more,” she said.