Local News > Carrot Bay festival lives up to its name

Carrot Bay festival lives up to its name

This year, Monica Howson felt that the Carrot Bay Cultural Fiesta had changed. “I sense a difference from the onset: the difference in trying to bring back who we are …

END_OF_DOCUMENT_TOKEN_TO_BE_REPLACED 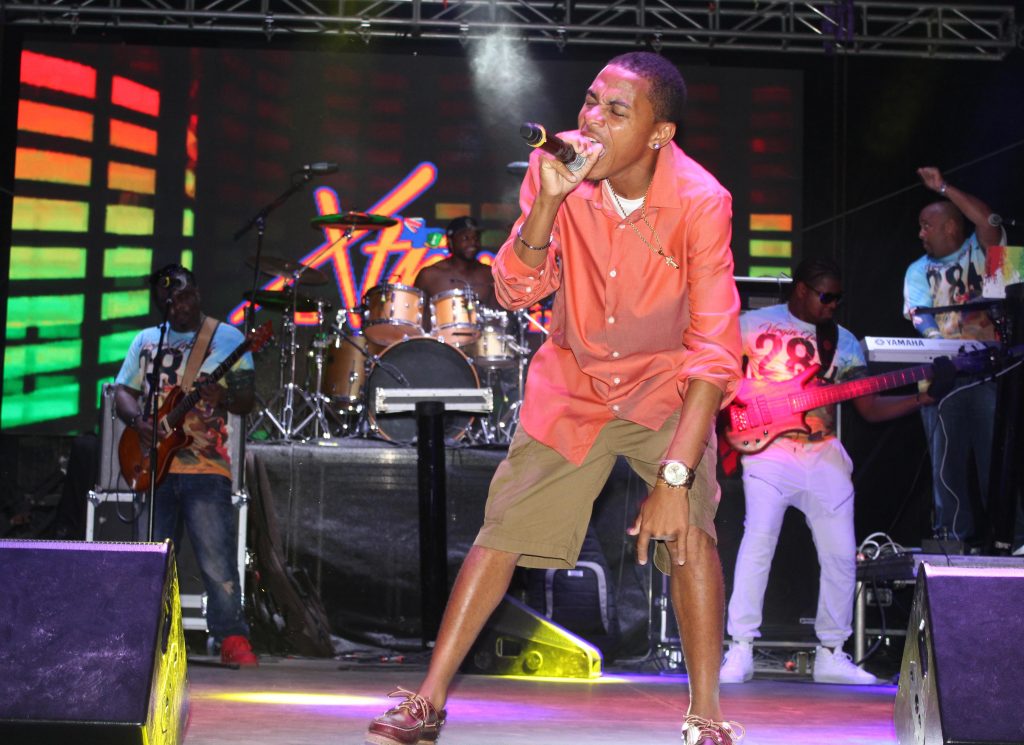 This year, Monica Howson felt that the Carrot Bay Cultural Fiesta had changed.

“I sense a difference from the onset: the difference in trying to bring back who we are as a culture,” said the Carrot Bay native. “Everything was culture: the BVI culture. And I felt it, I sense it, I lived it. This year I have enjoyed it more than any other year.”

Ms. Howson said the most “beautiful part” of the event was seeing people from all over the territory come to her village on Saturday for its first-ever cultural market, which began at 5 a.m.

“We bring Cane Garden Bay, Road Town, Sea Cows Bay, Carrot Bay, Cappoons Bay, Long Bay: We got them here,” she said. “Our people coming together: That’s what I like.”

The Carrot Bay Cultural Fiesta marked the end of the 65th August Emancipation Festival, and residents were happy to see the area’s culture come alive during the last few days of celebrations.

Events in the village kicked off with words of thanks from officials including Virgin Islands Festivals and Fairs Committee Chairman Carnel Clyne.

“I want to congratulate our community on keeping the culture alive,” he said.

“She is quiet, but don’t take her meekness for weakness,” he said.

Meanwhile, Ms. Smith turned attention to the reason for the celebrations.

“So the main purpose of why we celebrate is to help keep our legacy alive,” she said. “We stand on the shoulders of giants: our ancestors.”

The cultural market was just one of many facets of the fiesta. On Wednesday of last week, the festival village had a soft opening where Ms. Dowson and others began selling local food and welcoming people across the territory into the bay.

Though participation was low due to inclement weather, many came out to the dock to buy fresh fish, and spirits seemed to remain high throughout Friday.

Activities included lime-and-spoon races and donkey races during the day and live entertainment at night by artists including Machel Montano, OMG, Skinny Fabulous, and Xtreme Band.

Cultural and traditional games like the donkey races are one of the main reasons some people, like Margaret Jackson, came to Carrot Bay.

“I enjoy it. It’s hilarious — just the games and everybody participating and interacting. It’s a lot of fun,” Ms. Jackson said. “I think this [cultural fiesta] more goes into the things that used to amuse people way back — way back when they were doing the same things, the same race. Even if my grandfather came, it’d be like okay, old times. And it’s more family oriented.”

For others, it was all about reconnecting.

“What I like is what takes place in the community: … Seeing people that I haven’t seen in years,” said Claire Turnbull.

She also enjoyed the races and the tug-of-war competitions.

On Saturday night, cars lined the streets as festivalgoers entered the village to see Jah Cure perform along with Adam O, Pumpa, PRIME and VIBE.

Though rain began pouring during Pumpa’s performance, that didn’t stop some attendees from dancing.

For his part, Pumpa pumped the crowd up by starting a limbo line, which he joined while singing into a microphone. He then sat by the edge of the stage, interacting with a few rain-soaked attendees and promoting unity while handing out Caribbean flags.

For the last musicians of the night, Jah Cure and VIBE, the rain halted and people came out from under the booth canopies, enjoying the rest of the show.