Douglas Fraser had just begun explaining the nuts and bolts of contract tendering: who is eligible, what constitutes a conflict of interest, what sets of rules dictate the selection process, …

END_OF_DOCUMENT_TOKEN_TO_BE_REPLACED 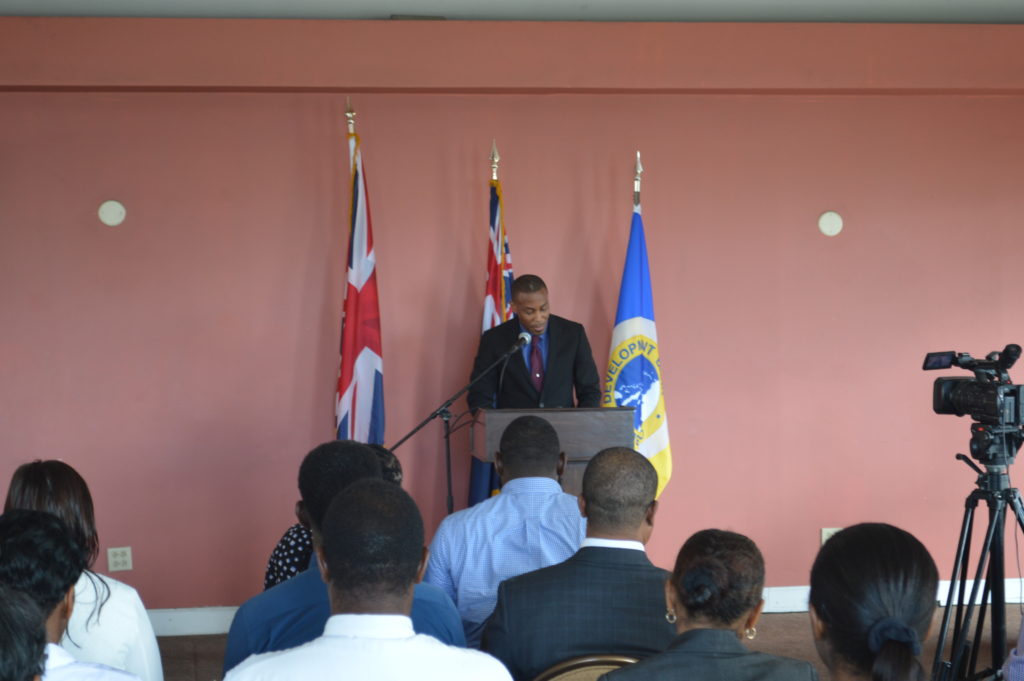 Dr. Drexel Glasgow, the director of special projects for the Ministry of Finance, speaks to public servants and Caribbean Development Bank officials during a project launching ceremony on Tuesday morning.Photo: CONOR KING DEVITT

Douglas Fraser had just begun explaining the nuts and bolts of contract tendering: who is eligible, what constitutes a conflict of interest, what sets of rules dictate the selection process, and so on.

The head of the Caribbean Development Bank’s Procurement Policy Unit, Mr. Fraser was delivering a presentation to a few dozen public officers from various government agencies on Tuesday afternoon. His goal: brief them on what the CDB expects from government regarding its $65.3 million loan project in the Virgin Islands, which officially launched that morning.

“These are the core principles underpinning all our procurement: the need for economy and efficiency, or, in other words, value for money,” the CDB official explained. “The need for equitable treatment of bidders, so all bidders have the same opportunities and access to information. Encouragement of the use of organisations and individuals from our borrowing member countries. … The importance of transparency.”

Mr. Fraser was one of several CDB representatives offering workshops over a day and a half on topics ranging from procurement to impact planning to monitoring and evaluation.

The bank’s loan funding will be devoted to specific projects and bound by most of the specific procurement rules standard for any CDB project — guidelines government officials will need to understand, according to Mr. Fraser.

Dr. Drexel Glasgow, the director of projects for the Ministry of Finance, echoed him.

“It is very important to note that the bank’s guidelines, while holding similar principals to local procurement processes, have different requirements that should be properly understood by government representatives, as well as the private sector, who will have responsibility for executing the projects,” Dr. Glasgow, who is serving as the project coordinator for the CDB loan funding, said while speaking at a ceremony on Tuesday morning.

The loan project will fund several infrastructure efforts, including the reconstruction and rehabilitation of 3.9 kilometres of roads and their associated drainage structures; the construction or reconstruction of approximately 900 metres of coastal defences along the west coast of Tortola; the restoration of pump stations and wastewater treatment plants; and the rehabilitation of three reservoirs damaged during the hurricane, according to William Ashby, the CDB’s portfolio manager.

Additional funding will be earmarked for equipment, tools, materials and supplies for both schools and information communication technology in government buildings; the national security sector; engineering and consultancy services; and psychosocial support services, according to the portfolio manager.

“Both components of the loan have a grace period on repayment in principal of five years,” Mr. Forbes added.

Responsibility for the loan project will be folded into the purview of the Recovery and Development Agency when it gets off the ground, he explained.