Most cemeteries in the Virgin Islands are not well maintained, Junior Minister for Tourism Archibald Christian (R-at large) said recently, suggesting that their managers be replaced if change doesn’t come …

END_OF_DOCUMENT_TOKEN_TO_BE_REPLACED 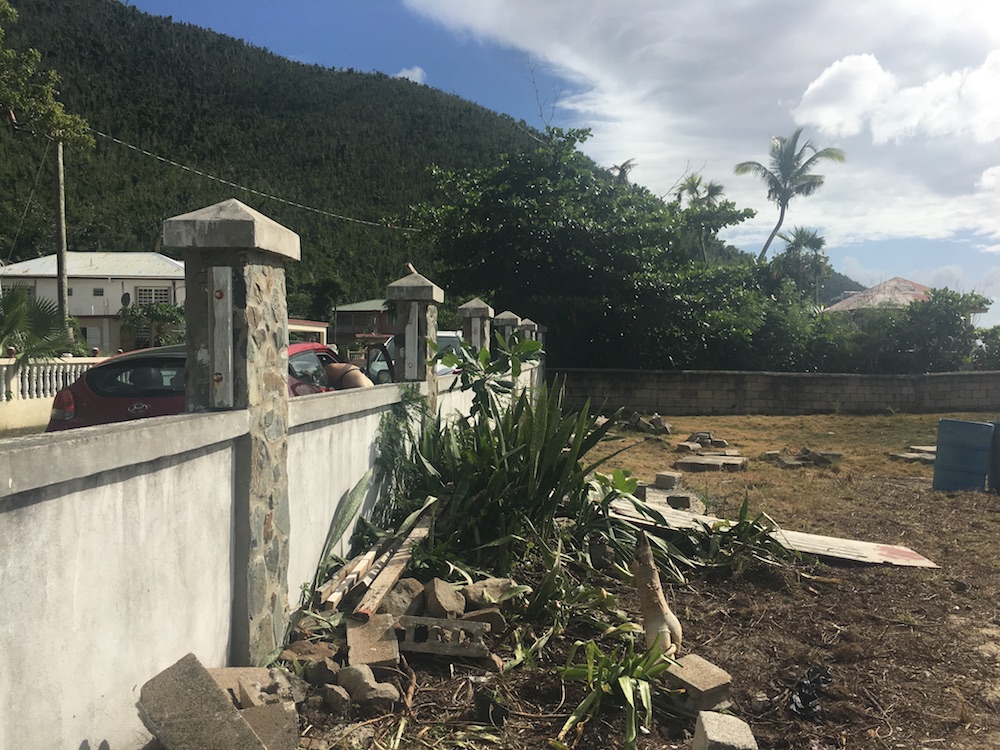 The wall around the Cane Garden Bay cemetery was damaged during Hurricane Irma, but was rebuilt in May. (Photo: CLAIRE SHEFCHIK)

Most cemeteries in the Virgin Islands are not well maintained, Junior Minister for Tourism Archibald Christian (R-at large) said recently, suggesting that their managers be replaced if change doesn’t come soon, according to a report on the deliberations of the Standing Finance Committee, which took place in March and April.

According to the report on the deliberations, which are closed to the public, Mr. Christian said there was only one well-maintained public burial ground, in Sea Cows Bay, and the others had “challenges.”

The report paraphrased him as saying, “If the managers who were paid monthly were not able or [didn’t have] the means to look after them, then the responsibility should be assigned to persons who [have] the ability to do so.”
Mr. Christian added that the managers only tidy the grounds before a funeral takes place but that they “[need] to be held responsible for keeping it clean at all times.”

Petrona Davies, permanent secretary in the Ministry of Health and Social Development, which oversees cemeteries, responded that for 2018 the ministry was considering taking a different approach to maintenance of the burial grounds, by appointing a manager who would hold the register for several cemeteries, while outsourcing the maintenance.

Sixth District Representative Alvera Maduro-Caines added that there are “serious problems” with parking at the Johnsons Ghut cemetery when there are multiple funerals taking place, and she proposed that a vacant lot across from the former Island Department Store be used.

She also questioned whether funds could be made available to get the area cleared and fenced to allow for parking for the burial ground and alleviate some of the traffic going into Johnson Ghut.

Health and Social Development Minister Ronnie Skelton agreed with Mr. Christian that the cemeteries needed more attention, and that they should be repaired and better organised, and announced that plans had been put in place to improve the cemeteries in Cane Garden Bay, Greenland and Johnsons Ghut.

In May, the perimeter wall in the CGB cemetery was rebuilt as part of a $1.7 million makeover of the area.