Road Town passersby may have witnessed a new crane-equipped container ship docked at the western edge of Port Purcell earlier this month. In February, Clyde Chalwell, the owner of the …

END_OF_DOCUMENT_TOKEN_TO_BE_REPLACED 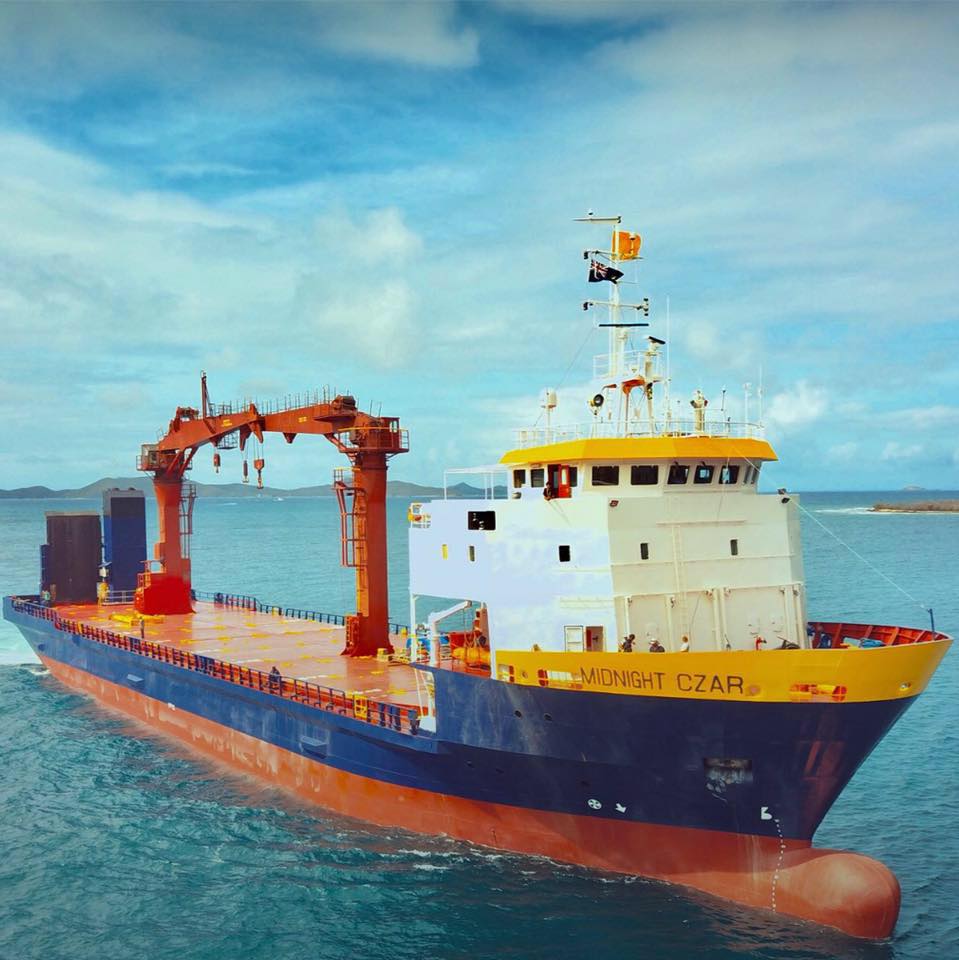 Road Town passersby may have witnessed a new crane-equipped container ship docked at the western edge of Port Purcell earlier this month.

In February, Clyde Chalwell, the owner of the Virgin Islands-based EZ Shipping, purchased the vessel — called Midnight Czar — which he says could help improve the flow of goods throughout the region.

Additionally, the ship is classed with the American Bureau of Shipping, a United States-based classification society that sets stringent technical standards for vessel construction and operation.

“A charterer, if you have a boat, they look at what class your vessel’s in — they will grab this right away at the top dollar,” Mr. Chalwell said. “So it was important for me to maintain that class. You could’ve dropped it and picked up any class, but it would’ve devalued the boat.”

The EZ Shipping owner said the vessel is also likely the only one with ABS classification — a designation under the umbrella of the International Association of Classification Societies — that is locally owned in the Caribbean, excluding Puerto Rico and its American-flagged ships.

Those standards promise longevity, he explained.

“For the BVI, you have another 30 years [of service with the Midnight Czar],” Mr. Chalwell said. “It’s safe. The integrity of the boat itself is immaculate. You should have no downtime with this ship as far as being in port.”

The vessel has extra flexibility in ports, he added, because cargo can be rolled on and off or lifted on and off with a crane.

The Midnight Czar will be chartered out to Crowley Liner Services for work on its routes — first throughout the Caribbean, but also potentially in any market where the company sees a need, according to Mr. Chalwell.

Through Crowley, Mr. Eddy explained, the vessel could pick up goods at ports serviced primarily by larger ships — like those in the Dominican Republic and Jamaica — and take them to medium-sized ports serviced by smaller ships in EZ’s fleet, like St. Thomas.

“This class of boat coming in — it’s basically helping to get goods on a more frequent basis in a higher capacity, not just to the BVI, but throughout the region,” the Crowley agent said, adding, “This is the connection between the large ports to the medium-sized ports to go to the small ports.”

The vessel is named after a nickname Mr. Chalwell calls his youngest son.

“I promised him the purchase [of another ship] I did three years ago — I was going to name it Midnight Czar,” he said. “But I didn’t: I named it Midnight Dream. So I promised him I’d do it when I got one again. He’s in England now. He’s absolutely over the top.”