Rebuffed by government, a task force from the BVI Chamber of Commerce and Hotel Association released last week a comprehensive set of guidelines in an effort to help business owners …

END_OF_DOCUMENT_TOKEN_TO_BE_REPLACED 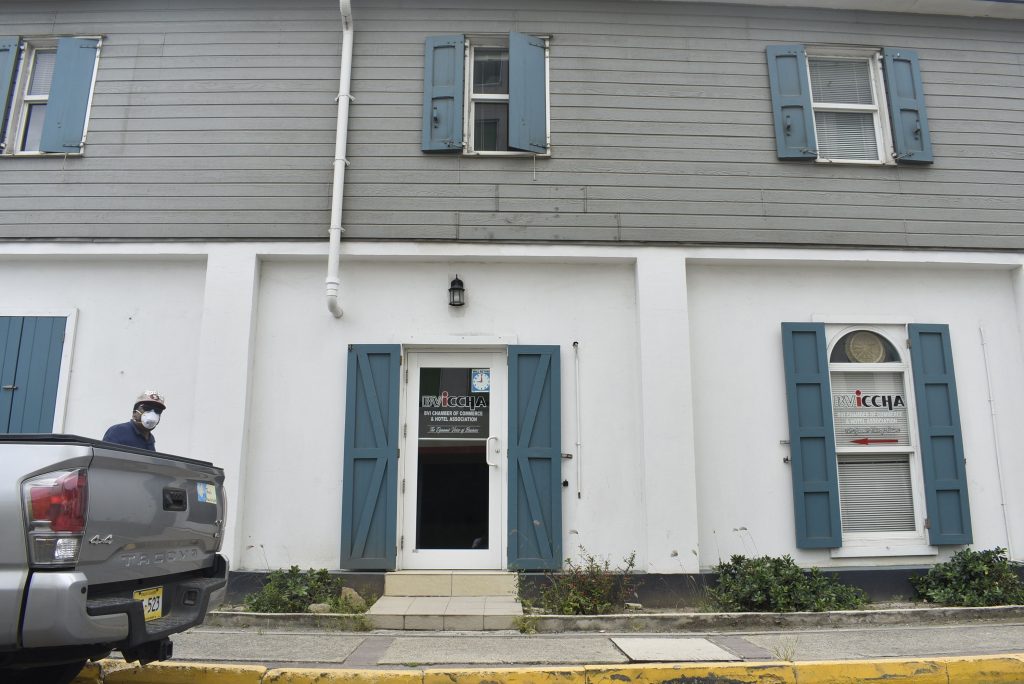 Rebuffed by government, a task force from the BVI Chamber of Commerce and Hotel Association released last week a comprehensive set of guidelines in an effort to help business owners plan for the announced Dec. 1 reopening of the tourism industry.

The “BVI HI 5 Assurance Programme Guidelines,” members said, were previously presented to the BVI Tourist Board but subsequently rejected by the government.

“I would like to thank all industry sector stakeholders and partners who provided feedback during the consultation to develop the BVI HI 5 Assurance Programme,” BVICCHA President of Hospitality Chaunci Cline, who is also CEO of Incline Business Group, said in a press release explaining the guidelines. “The time put into this project will not be lost as the proposed and recommended BVI HI 5 Assurance Programme Guidelines are now available for all to review.” 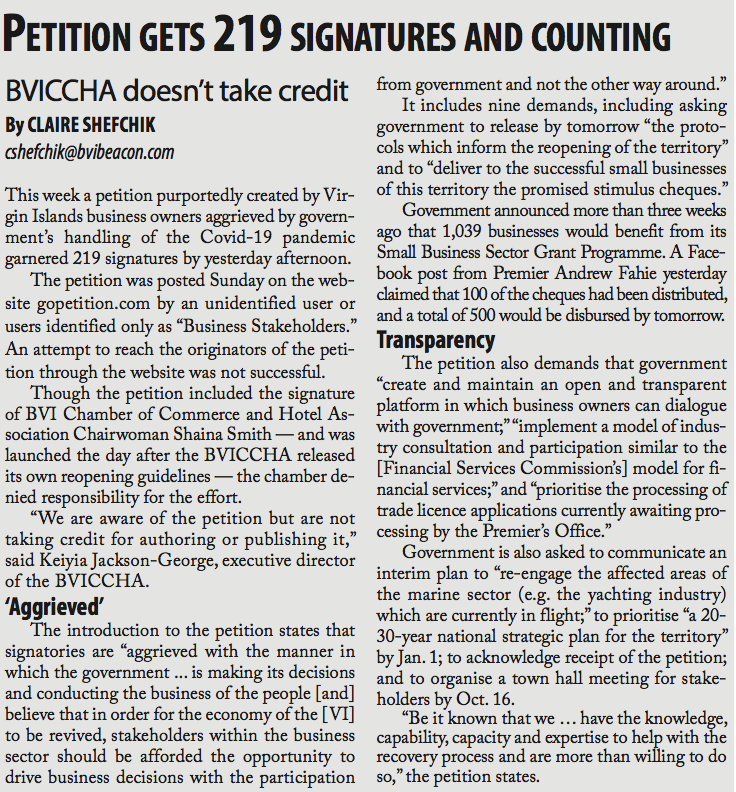 The guidelines, which are posted on the chamber’s website, include recommended steps for a soft reopening with a “safe haven” concept for outer islands, which would have begun on June 20.

This timeline would have allowed for “the protocols to be thoroughly tested for the re- quested reopening date of Sept. 1,” the release stated. “The idea of the BVI HI 5 Assurance Programme was to certify that the businesses pass all requirements and have minimum standard operating procedures in place prior to the full reopening of the borders to visitors.”

The press release comes as the BVI Tourist Board embarks on a series of “industry updates.”Those sessions, which so far have been closed to the media, began Tuesday and are scheduled to continue through Oct. 21.

“The chamber has decided to release the below documents with a hope that your business can start to put something in place while the country waits on official guides from the government of the Virgin Islands,” the website states.

According to the press release, in early June, the reopen- ing protocols and the full BVI HI 5 Programme were proposed to the BVI Tourist Board, which later submitted them to government for input or a decision.

“The protocols and programme were recommended and embraced by the BVI Tourist Board until Sept. 21, when the BVI Love Campaign was launched. Before the campaign’s launch, BVICCHA … were very confident that the programme would be implemented to help build traveller confidence in our national preparedness and protocols while educating and equipping the country to open safely and responsibly to visitors of the BVI,” the release stated.

However, on Sept. 30, the BVI Tourist Board informed Incline Business Group that it had decided not to proceed as initially planned, the release stated.

“Despite this unfortunate and devastating news and many hours of work to get the guidelines and protocols developed, the team remains committed to working on behalf of the industries to influence the role it plays in fighting for the country and everyone’s livelihood,” the release explained. “The chamber remains committed to ensuring that all businesses can operate in a responsible, clean, healthy and safe manner.”

Premier Andrew Fahie and the BVITB did not immediately respond to requests for comment.

This is not the first time since the beginning of the Covid-19 pandemic that the BVICCHA has publicly accused government of failing to work with the private sector.

In August, the chamber announced that it had sent the government five letters since March with situation reports and recommendations for mitigating the economic fallout of the crisis.

“At present, no acknowledgement of receipt or response has been received,” the chamber claimed in an Aug. 19 press release about the letters, which it said were addressed to Mr. Fahie, Health and Social Development Minister Carvin Malone, and the cochairs of the government’s Economic and Fiscal Task Force.