Wearing a festive Christmas vest, Judith de Castro set up a table full of handcrafted goods at Christmas in the City, held between Friday and Sunday. “I love these,” she …

END_OF_DOCUMENT_TOKEN_TO_BE_REPLACED 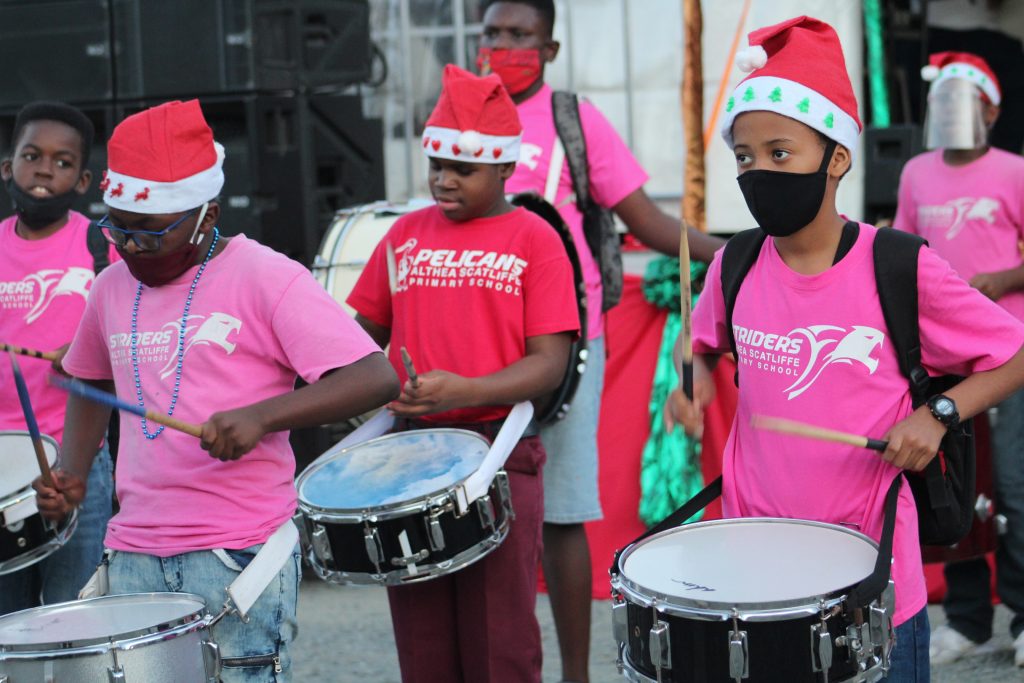 Wearing a festive Christmas vest, Judith de Castro set up a table full of handcrafted goods at Christmas in the City, held between Friday and Sunday.

“I love these,” she said, showing off hand-made ornaments. “These are filled with sand from Nanny Cay.”

Ms. De Castro, who was one of many vendors at Christmas in the City, has been selling her crafts for decades.

The annual celebration, which celebrated its 20th anniversary in 2018, was held on Main Street before moving to De Castro Street in 2014.

This year, however, instead of closing down a road for Christmas shopping, it was held in front of the Ralph T. O’Neal Administration Complex for the first time.

City Manager Janis Braithwaite-Edwards told the Beacon that the event was a “resounding success.”

“This year we had the most booths ever: 67 in total,” she said yesterday. “We had a large turnout on Friday, which is not a normal thing; we had an even larger turnout on Saturday.”

She added that in the midst of Covid-19, the event was an opportunity for people who haven’t seen each other in a long time to get together in a safe and festive way. Throughout the grounds, there were hand-washing stations, and masks were required.

Ms. Braithwaite-Edwards announced the change of venue during a feature on JTV News on Nov. 17.

Though no Santa handed out gifts this year, there were plenty of other activities. In addition to a “Paint and Brunch,” there was RC car racing, and singing and dancing performances from Leon and the Hotshots, Brent Hoyt, the Razorbladez and many others.

Luxe Photobooth set up a station where people could take Christmas photos.

“It was a different repertoire this year, but it was interesting,” Ms. Braithwaite-Edwards said.

As the sun set on Friday, athletes from the BVI Basketball Association competed in a three-on-three basketball competition and vendors prepared for shoppers. Along with local foods sold at stands, vendors sold a wide variety of toys and Christmas gifts.

The event was met with positive reviews across social media. On Facebook, both John Black and Glendon “Njar” Lamothe gave praise.

“Whoever made the call to keep Christmas in the City in the [administration complex] parking lot nailed it,” Mr. Lamothe said. “Y’all should definitely make that spot permanent to host that event year after year.”

Mr. Black said people were “hungry for a social evening.”

“Kudos to the organisers of Christmas in the City,” he wrote. “It felt like Festival Village had opened.”

Ms. Braithwaite-Edwards heard the positive reviews and said “a lot of people were satisfied.”

“We as a group know that we have to do some tweaking,” she added yesterday. “We will meet this evening to iron out the kinks.”