Cedar International School boys under-13 football team is hoping to return the KPMG Football Fest trophy to the Virgin Islands this weekend in the Bahamas, while the CIS girls team …

END_OF_DOCUMENT_TOKEN_TO_BE_REPLACED 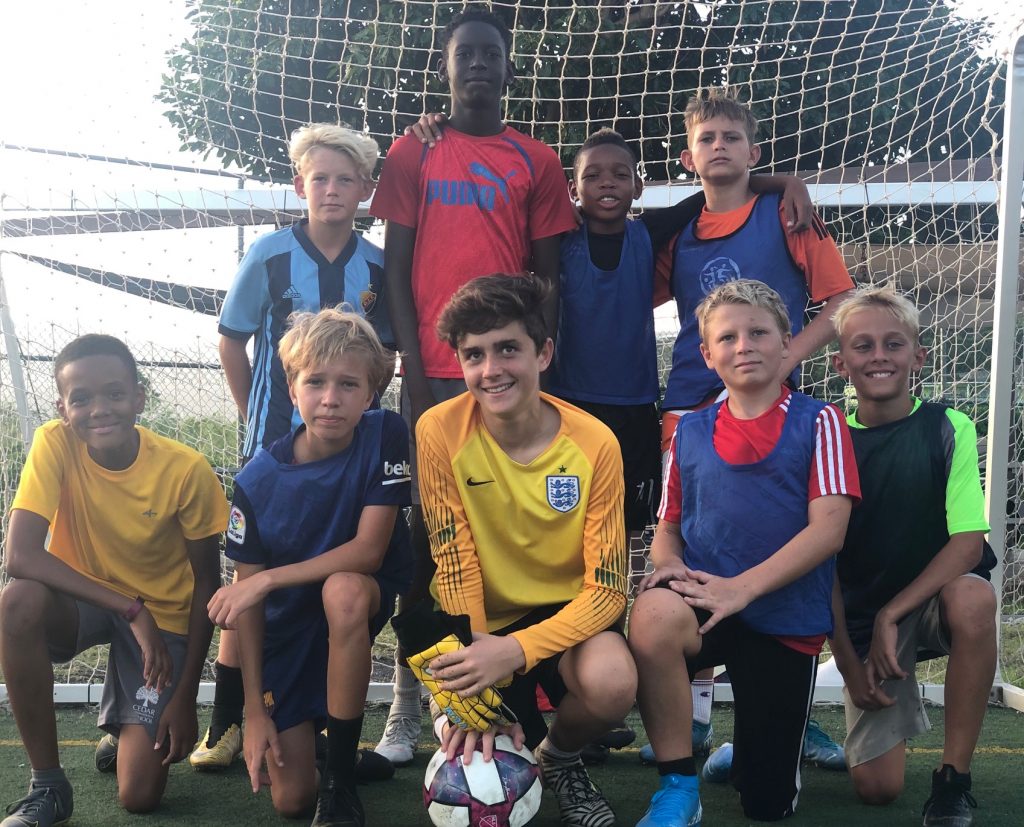 Cedar International School boys under-13 football team is hoping to return the KPMG Football Fest trophy to the Virgin Islands this weekend in the Bahamas, while the CIS girls team tries to come back with its best result.

For the past eight years, CIS has sent a boys and girls team to participate in the International Baccalaureate School football tournament sponsored by Lyford Cay International School and KPMG, Bahamas.

CIS will face teams from the Caribbean, including Cayman, Turks and Caicos, Jamaica and the Bahamas.

“Those teams will be sure to give the Cedar boys team, despite Cedar’s relatively small size, a lot of respect given Cedar’s remarkable championship winning drive at the 2016 tournament with the team not losing a single match on the way to the title,” said Walter Reich, one of the team organisers.

“We started training on the first day of school, but we weren’t sure if the tournament would go on because of Hurricane Dorian’s passage over Bahamas. Similar to our very own experience with Irma, we knew that if possible the decision would be to play the tournament to give the kids as much normalcy as possible,” added Mr. Reich.

Lyford Cay in the Bahamas gave the thumbs up a couple of weeks after the passage of Dorian that the tournament would take place, including the coaches from Freeport calling in to indicate their intention to participate.

“The relief all schools expressed on hearing from Freeport and Lyford was incredible” said CIS teams’ manager Julie Reich.

“The tournament starts with tryouts, because its important for the kids to know that hard work, perseverance, conduct and team play are all required to make the team” said Ms. Reich. “From there, players selected need to remain committed, work hard and do well in school otherwise they jeopardise losing their spot”.

Tryouts for the team began on the first day of school in September with thre times a week practices organised by UEFA A Certified and CIS Head Coach John Reilly and Assistant Coach Alessandro Palladino.

Once the team was selected practices continued at the same pace with some players practicing 5 times a week.

The coaches led the 90-minute long training sessions and were impressed with the focus, desire and development of each of the players over the past two months.

“On the boys side of the draw, we are taking a team capable of winning this year’s tournament” said Mr. Reilly, who is also the VI men’s national football team coach. “There are a number of returning players from last year’s side who now have the experience to improve on last year’s results and to try to do what the 2016 achieved. Winning a championship is one of the most difficult things to do with such quality teams involved. We will see if this team of individually gifted players can play as a team and make the required sacrifices for each other to bring home the trophy.”

The coach added that what makes the tournament special is that the players — in pairs — billet with host families from the Bahamas.

In some instances, lasting friendships are formed as evidenced from previous tournaments.

According to organisers, the players also are responsible for representing themselves, their families, their school and the BVI in a proper and respectful way — it’s a true learning experience that extends well beyond the football pitch.

“The veteran girls have been on the Bahamas team the past few years and expressed a strong interest in returning to the Bahamas to play and renew friendships especially after Dorian” said Ms. Palladino. “Their commitment evident for all the girls in their enthusiasm and willingness in some cases to practice four to five times a week.”

Last Saturday the players helped with the organisation of a Manatees football tournament fundraiser that was held at CIS.

“The players really embraced the idea of trying to raise money to towards the football programme,” said Ms. Palladino. “We view it as part of the tournament experience and we were proud of their enthusiasm and dedication.”