Local News > Code of conduct in works for ministers

Code of conduct in works for ministers

Premier Andrew Fahie called for greater transparency in government as he reported April 16 on planned measures that would establish a legally binding ministerial code of conduct. “The ministerial code …

END_OF_DOCUMENT_TOKEN_TO_BE_REPLACED 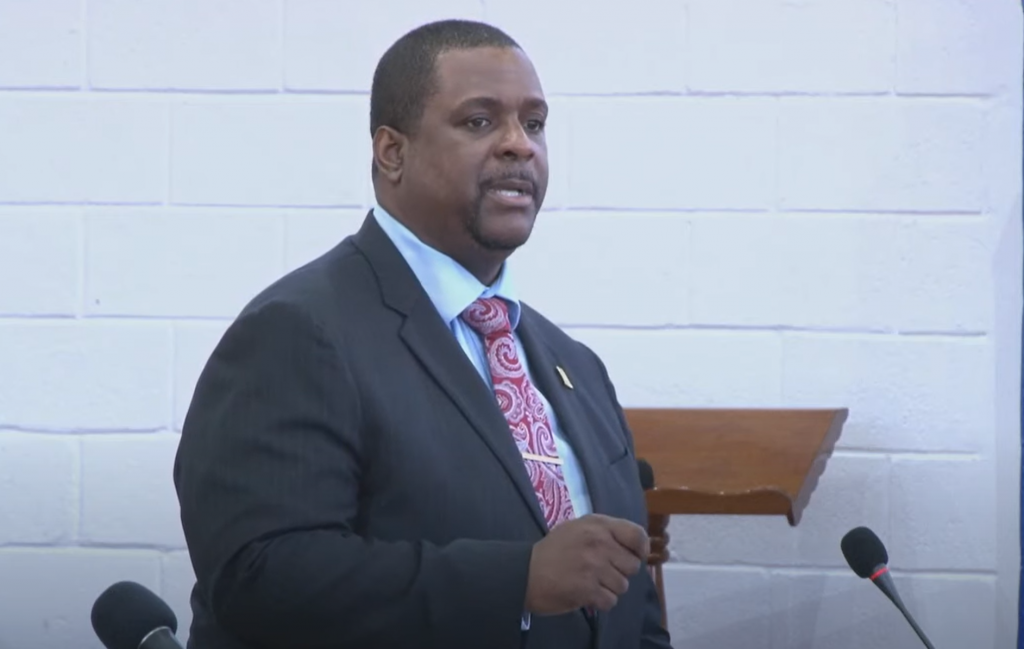 Premier Andrew Fahie states that a code of conduct for ministers is necessary to advance democracy in the Virgin Islands during an April 16 session of the House of Assembly. (Photo: PROVIDED)

Premier Andrew Fahie called for greater transparency in government as he reported April 16 on planned measures that would establish a legally binding ministerial code of conduct.

“The ministerial code is an important tool to ensure that when persons are elected to serve, and serve in ministerial office, we are conducting ourselves in line with the best ethical standards,” Mr. Fahie told the House of Assembly.

Cabinet recently approved establishing a committee to review the proposed code, which is based on a draft approved by the previous administration. That committee is asked to suggest revisions within the next three months. The draft has not been made public.

The document would set out guidelines for how ministers should conduct themselves to high constitutional and personal standards, according to the premier.

He added that establishing a code is vital to advancing democracy in the territory, especially as government prepares for a constitutional review.

The premier said the code is “among a range of initiatives designed to uphold transparency and standards of ministerial accountability, and to preserve public trust in the institutions of the Cabinet.”

“Codes of conduct reflect a worldwide trend on the part of citizens to demand greater accountability and transparency from their governments,” Mr. Fahie added.

The premier indicated at the end of February that a new ministerial code would be coming down the pipeline.

The ruling Virgin Islands Party and the opposition National Democratic Party both campaigned in early 2019 on promoting transparency and accountability in government with steps such as freedom-of-information legislation, integrity legislation and a public register of legislators’ interests.

Prior to the VIP winning the general election in February 2019, Cabinet received a draft of the ministerial code.

“It was agreed on in principle by the former administration,” Mr. Fahie said. “However, in light of the change in the government following the 2019 general elections, there is now a need for a further review of the draft.”

The code would apply not only to ministers, but to all government officials as a legally binding contract for the “proper use” of government’s human and financial resources, the premier said. The Public Service Management Act is also in the works and has been for years, he said. For now, Mr. Fahie said, public officers are still following the General Orders.

“Things have changed tremendously over the years,” he continued. “We must therefore ensure that all the parts are moving together … to ensure collective responsibility of all.”

In a break from typical procedure during the emergency meeting of the HOA, members had the opportunity to ask questions after ministers’ statements. No one asked about the proposed code of conduct.