Code of conduct not enforceable

The recently passed election code of conduct, which aims to better police the behaviour of political parties, candidates and their supporters, includes many lofty goals for improving the territory’s often-testy …

END_OF_DOCUMENT_TOKEN_TO_BE_REPLACED 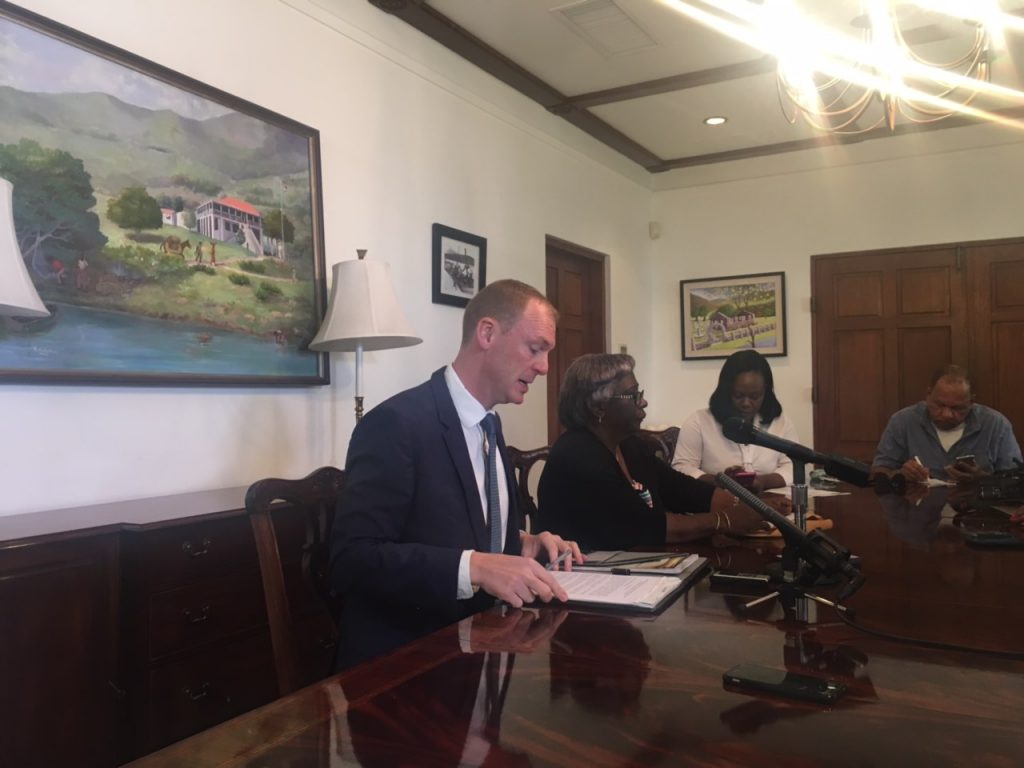 The recently passed election code of conduct, which aims to better police the behaviour of political parties, candidates and their supporters, includes many lofty goals for improving the territory’s often-testy campaign seasons.

The long-awaited code, however, is not enforceable. Though it is now included in the Elections Act under an amendment made this year, it does not list penalties for infractions or designate anyone to ensure that its provisions are followed.

During a press conference earlier this month, election officials admitted that no one had been assigned to monitor compliance.

“One of the responsibilities of the code actually is also for political parties to educate their members, as well as their supporters, about the code,” said Carolyn Stoutt-Igwe, permanent secretary in the Deputy Governor’s Office. “So it is not only the responsibility of our office to be checking what’s going on.”

As campaigning intensified in the lead-up to today’s election, Deputy Governor David Archer issued a stern “reminder” about particular sections of the code that discourage defamation and prohibit damaging or defacing the property of another party or candidate.

“It has been reported that posters and other election material are being defaced by members of the public and inappropriate memes are being circulated throughout the territory,” he said.

The release added that the code “promotes conditions that are conducive to free and fair elections.”

While officials have advocated for a code of conduct locally since at least 2007, other countries vary widely in how they regulate certain behaviour during elections.

In the United States, for example, no national code of conduct exists to govern political parties and their supporters, though federal laws are in place to regulate elections.

In fact, Dr. Robert Shapiro, a government professor at Columbia University, said he rarely ever sees codes of conduct.

“I was sitting down, but I was sort of knocked over by the length and level of detail in this,” Dr. Shapiro said after reading the VI’s new code.

Before giving his own opinion on the document, Dr. Shapiro had several questions about how enforcement of the prohibited acts would work. But even without the full force of law behind the document, he said, the code could serve as an aspirational measure.

“Well, for one, it does send a message with regards to norms that are expected. I think this could have a lot of symbolic importance that [officials] want these elections run with a certain level of civility and lack of coercion,” Dr. Shapiro said. “The downside with it being so long and detailed and as a symbolic document is a lot of people aren’t going to read it.”

The issue with self-regulation, he added, is that political parties will be more likely to monitor their opponents rather than themselves.

Dr. Shapiro also compared the code to a fire alarm, saying that it ensures officials are waiting for problems to arise rather than “engaging in any systematic monitoring.”

Some prohibited acts in the code can also be found in pre-existing sections of the Elections Act, such as one that bars the use or threat of violence to make someone vote in a certain way. The law states that any person who commits this act will be guilty of the offence of “undue influence,” and could be subject to a fine $500 and imprisonment of six months. For an election officer convicted of that offence, the fine spikes to $10,000.

The code of conduct further fleshes out the idea of politically-motivated violence, adding that no party or its members can “intimidate” anyone based on their political opinion or affiliation, or force a voter to reveal the identity of the candidate for whom they voted — though there are no criminal charges or penalties listed for those actions.

Ms. Stoutt-Igwe addressed the overlap between parts of the Elections Act and the code of conduct in the most recent press conference.

The VI code, while new to this territory, contains certain sections that are verbatim copies of the electoral code of conduct in Zimbabwe.

Some of the duplicated text is broad in theme, such as a general principle that “all political parties and their members and supporters, and all candidates and their supporters, must promote conditions conducive to free, fair and democratic elections.”

But at least one section appears to merely remove direct reference to Zimbabwe and retain the rest of the paragraph.

For instance, a portion of the Zimbabwe code reads, “No political party or any of its members or supporters, and no candidate or any of his or her supporters, may damage or deface property, including the election posters, placards, banners and other election material of another party or candidate, and any posters or other voter education materials disseminated by the Zimbabwe Electoral Commission.”

The corresponding section in the VI code is exactly the same, except for the last three words, which have been replaced with “Office of the Su- pervisor of Elections.”

The US professor pointed out that while this move could be seen as an “information shortcut,” it’s not unusual for countries to adopt parts of laws and regulations from other countries.

“I would like to think they took it because it’s something they aspire to, and the question is how does this [code] work in Zimbabwe? Is it effective and do people follow it?” he said.