In 2009, government auditors blasted the House of Assembly Assistance Grants Programme for a lack of transparency and accountability, noting that legislators had approved constituents’ funding requests for items including …

END_OF_DOCUMENT_TOKEN_TO_BE_REPLACED 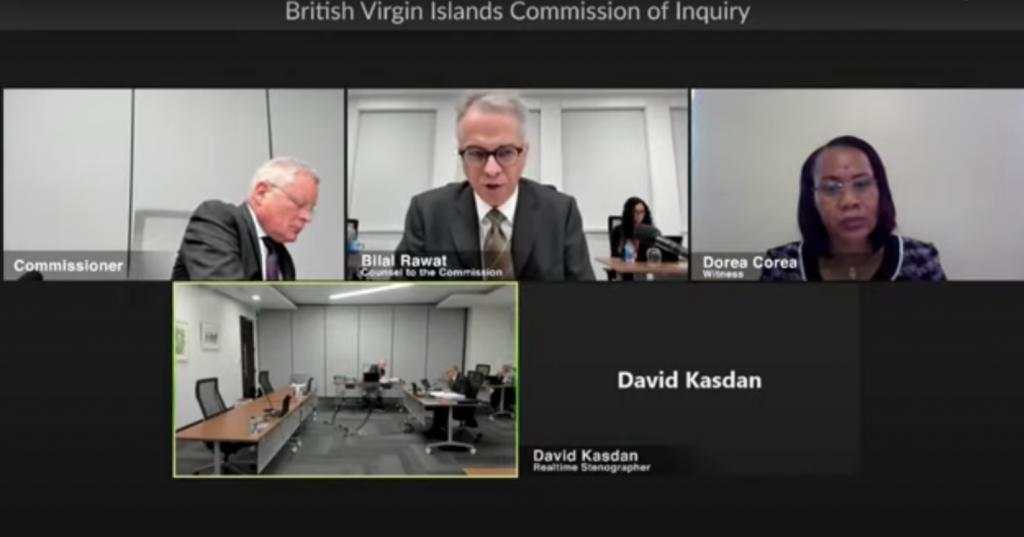 During the Commission of Inquiry hearings last summer, Internal Audit Department Director Dorea Corea, above, explained that House of Assembly members have long given away public money indiscriminately through the Assistance Grants Programme. The April COI report recommended that the programme be halted and overhauled. (File Photo: JOEY WALDINGER)

In 2009, government auditors blasted the House of Assembly Assistance Grants Programme for a lack of transparency and accountability, noting that legislators had approved constituents’ funding requests for items including lingerie, a trip to Grenada, a hair show sponsorship, and “tickets for models at a car show.”

Since then, not much has changed with the programme, which originally was intended to allocate money for HOA members to disburse for public projects, according to the Commission of Inquiry report released last month.

Though the 2009 report by the then-Internal Audit Unit recommended several reforms, they were never carried out, and Commissioner of Inquiry Sir Gary Hickinbottom found that HOA members still give away public money with almost no oversight or accountability, creating an environment in which serious dishonesty or abuse of power may have occurred.

Successive governments have long been aware of the problems highlighted by the COI report, which draws heavily from the 2009 report and a 2011 follow-up.

But rather than reining in the spending and implementing recommended  reforms, the previous Virgin Islands Party administration upped HOA members’ total allotment by some $1 million — to $2.7 million — after coming to power in 2019, Sir Gary wrote.

With the IAD’s reports and recommendations being roundly ignored for so long, Sir Gary concluded that the only way to mend the programme would be to halt it and commence a total review and overhaul, including an audit of all grants given in the past three years.

The Assistance Grants Programme is ruled by a set of guidelines: Ministers are not allowed to award money to themselves or their family members; the HOA clerk must create a system to track duplicate request; each application must come with supporting documentation; members must limit grants of monthly living allowance to $400, and so on, Sir Gary wrote.

But in the 2009 report, the IAU — which is now the Internal Audit Department — found that the guidelines are “grossly inadequate,” and that they were routinely ignored, according to the commissioner.

What is more, record keeping is so shoddy — legislators often don’t disclose how the funds are distributed, or to whom — it is practically impossible to ensure the awards are being granted according to the guidelines, Sir Gary wrote.

“Within the very wide discretion they are given to distribute the funds, it is clear (but unsurprising) that the approach is not consistent,” he added.

As an example, despite guidelines requiring substantiating information to be attached to applications, the auditors found that out of a sample of 2,912 applications, only 169 included supporting documentation justifying the request, Sir Gary wrote.

The auditors also found examples of “unrestrained use” of the funds by ministers, and concluded that “it was down to each individual member to interpret the guidelines and use their discretion as to whether they would award a grant or not,” he added.

The commissioner then quoted the IAD report, which stated, “The manner in which assistance is granted to applicants appears to be very subjective, in that it is not clear how representatives determine the amount to be awarded to applicants requesting assistance.”

Auditors also wrote about the conflicting responsibilities of the HOA clerk, who is the programme’s accounting officer.

In practice, a minister’s consent was all that was needed to approve a payment, leaving no real role for the HOA clerk, Sir Gary wrote.

“The clerk was placed in an impossible position because, as accounting officer, she was accountable for the payments made; but, in practice, she was unable to question any payment which a member required to be paid,” Sir Gary wrote.

As part of their report, the auditors listed 10 recommendations for reforming the programme, but in a follow-up report two years later, they found that none had been implemented, according to Sir Gary.

The only reason given was that addressing the weaknesses in the current guidelines ‘“has not been accomplished due to lack of cooperation from some members of the Assembly,”’ Sir Gary wrote, quoting the 2011 report.

In this follow-up report, the auditors pushed for even more reforms, including establishing documentation standards for the HOA clerk and a system to verify applicants’ information, according to the commissioner.

But even after this second report, the issues that the IAD unearthed remained entrenched, he added.

“There was no evidence that the way in which assistance grants are allocated by [HOA members], and are administered, has changed since the IAD report,” Sir Gary wrote, adding, “Despite the COI raising these issues, neither the elected ministers nor the other elected [HOA members] suggested that they were willing to consider any changes or review the way in which these grants are distributed.”

Although residents can apply to any HOA member in the territory, members overwhelmingly give assistance to constituents of their districts, according to the commissioner.

Given that the programme’s deficiencies have become so ingrained, Sir Gary recommended that officials undertake a “wholesale review of the [VI] welfare benefits system.”

Should that review conclude that there is public benefit to having public funds allocated to district projects — the programme’s original purpose — officials should establish a clear and published criteria through which such potential projects are assessed for public assistance; and an open and transparent process for the proper recording, assessment and monitoring of projects, Sir Gary wrote.

The assessment and monitoring of these projects should be done by members of the relevant districts as well as elected public officers, he added.

“In the meantime, there appears to be no proper basis for the continuation of discretionary grants by elected public officers in the form they are currently made,” Sir Gary wrote.

While no new awards should be granted, Sir Gary recommended that grants that have already been made should be reallocated to the Social Development Department for distribution.