Government leaders have not always followed 2018 guidelines for government rental property, and they have improperly excluded the Deputy Governor’s Office from the process in many instances, according to the …

END_OF_DOCUMENT_TOKEN_TO_BE_REPLACED 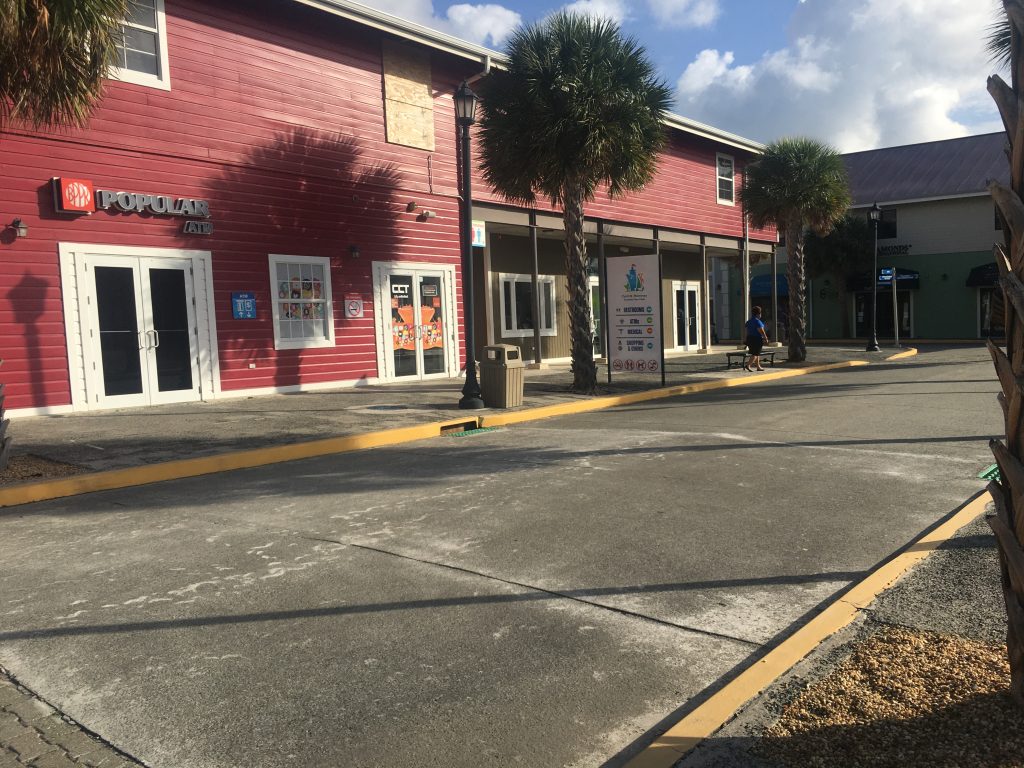 The rental of office space in Cyril B. Romney Tortola Pier Park for the Ministry of Finance did not follow guidelines from the Deputy Governor’s Office, according to the Commission of Inquiry report. (File photo: CLAIRE SHEFCHIK)

Government leaders have not always followed 2018 guidelines for government rental property, and they have improperly excluded the Deputy Governor’s Office from the process in many instances, according to the Commission of Inquiry.

However, COI Commissioner Sir Gary Hickinbottom said the process for renting government accommodation continues to evolve and has the potential to operate as a more “coherent system.”

The DGO’s Accommodation Management Framework, produced in September 2018, specifies that government should not execute a lease until the premises in question are ready for occupation, but Sir Gary wrote that “there are several examples of significant gaps between the commencement date of the lease and the date of occupation.”

One of the instances he noted involved the lease by the Premier’s Office of the Cutlass Tower for temporary accommodation. Sir Gary raised concerns about government paying rent for the space before it was occupied.

He also faulted a deal for the rental of office space in Cyril B. Romney Tortola Pier Park for the Ministry of Finance for not going through the DGO, and added that the agreement “does not appear to have been authorised by Cabinet.”

Moreover, he said, the space was occupied for almost eight months before a written agreement was signed and the lease was “somewhat belatedly vetted by the attorney general.”

The COI report explained that government owns “by far the largest accommodation portfolio” in the VI. The report counted about 100 government-owned buildings and 75 government-rented properties.

The government’s long-term intention is to reduce the number of its leases, but Sir Gary noted that the damage to the Ralph T. O’Neal Administration Complex during Hurricane Irma in 2017 is hampering that goal.

Even before Irma, government’s rent bills were climbing at an unsustainable rate, Sir Gary noted, citing a July 2017 Cabinet memorandum by then-Premier Dr. Orlando Smith, which noted, “The rent expenditure for the government has increased exponentially over the past decade, and if allowed to continue to grow at the current rate without strict administration, will become unsustainable in the near future.”

Prior to this, a 2007 Cabinet memorandum stated that the Central Administration Building, which was completed in 1993, had been the last significant project in public office building, according to the COI report. But from 2000, there was an “explosion” of demand for government-rented accommodation that “continually rose,” the memorandum added.

In 2018, the Central Statistics Office estimated the government’s annual rent expenditure to be approximately $6.4 million, and Sir Gary pointed out that there is “nothing to suggest that that picture has substantially changed.”

In fact, he wrote, by 2020 government rental commitments “had, if anything, risen further.”

In addition, Sir Gary wrote, there “does not appear to be a uniform level of knowledge” of the DGO’s policy throughout government, including by acting Financial Secretary Jeremiah Frett and his predecessor Glenroy Forbes.

Mr. Frett testified that “there needed to be better dissemination of the role of the DGO in respect of accommodation and the process generally,” according to the COI report.

However, Sir Gary called these concerns “minor criticisms” of a system that seems to be working from a governance standpoint and has continued to evolve and develop over the years, thanks to the involvement of public officers who are “experienced and dedicated.”

“There is no suggestion that, stretched as they might be, difficulties are encountered as a result of a lack of capacity or capability in respect of policy formulation and implementation,” he wrote.

When the guidelines for VI government leases are followed, he added, they provide “a good example of how the public service in the BVI is capable of developing and operating a coherent system that ensures a substantial degree of transparency and effective use of public money.”

In her testimony to the COI, DGO Permanent Secretary Sharleen Dabreo-Lettsome explained how she envisions the accommodation guidelines continuing to evolve.

Though the overarching lease process has not changed since 2018, she said, work is afoot on a new “Public Estate Framework.” That framework aims to streamline the entire government accommodation portfolio, put a monetary value on it, and put it in a database accessible to departments and ministries.

Ms. Dabreo-Lettsome also told the commission that a public estate manager was recruited two years ago, with the aim of presenting the new framework to Cabinet by the end of 2021.

“The long-term intention is to decrease the amount that is spent on leases and bring government-owned buildings to the same standards as privately owned buildings,” the report stated.