Crown land makes up a third of all the land in the Virgin Islands, and last week’s Commission of Inquiry hearings delved into how those parcels change hands. Over the …

END_OF_DOCUMENT_TOKEN_TO_BE_REPLACED 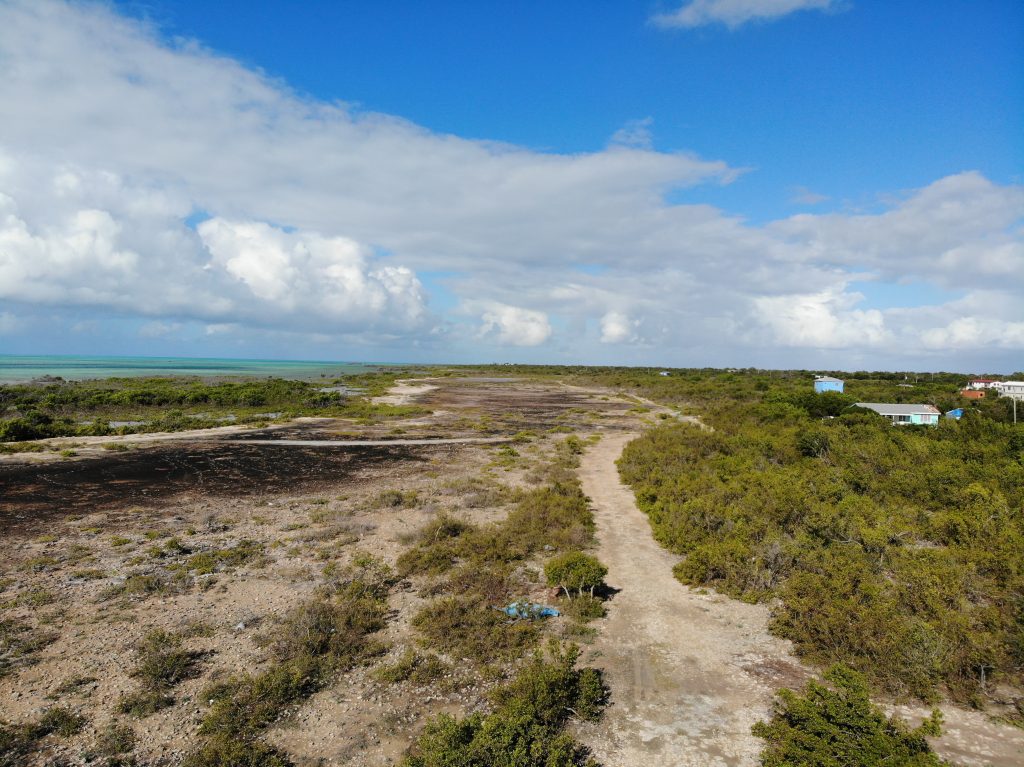 Leaders from the Ministry of Natural Resources, Labour and Immigration described the difficulty of creating a comprehensive process for selling and leasing Crown land, particularly in areas like Anegada, above, with longstanding land disputes. (File photo: FREEMAN ROGERS)

Crown land makes up a third of all the land in the Virgin Islands, and last week’s Commission of Inquiry hearings delved into how those parcels change hands.

Over the course of two hearings on Oct. 14, COI Counsel Bilal Rawat probed how the Ministry of Natural Resources, Labour and Immigration tracks who owns different plots of land, how the government disposes of Crown land, and what happens if someone who leases Crown land doesn’t keep up with the conditions of their agreement, among other topics.

MNRLI acting Permanent Secretary Joseph Smith-Abbott said during the first hearing of the day that the ministry and related agencies periodically monitor conditions for leases, like paying rent on time.

He said they also keep track of what an owner can’t do with Crown land, like reselling it to a third party within a few years — a particular concern on Anegada, where he said residents are concerned about the long-term affordability of houses.

Mr. Smith-Abbott was also asked for an update on previous testimony from NRLI Minister Vincent Wheatley, who testified in May about the process for valuing and disposing of land, but said at the time that he could offer only limited information about an information request spanning 10 years because he had only been in office for a little longer than two years.

At the time, Mr. Wheatley said more research was needed to determine how frequently lease-holders have been late in making payments, but he added that a comprehensive plan for managing Crown lands was in the works.

On Oct. 14, Mr. Rawat asked Mr. Smith-Abbott, “Is the position that the ministry could, today, provide an up-to-date summary of the status of all Crown land in the BVI?”

The PS replied, “Yes, I would say yes, that we should be able to. Those records are maintained in individual records, for instance, of where parcels are disposed for either residential or commercial purposes.”

However, he said some areas remain unmapped, especially in the context of ongoing reclamations. But those parcels remain under the control of the Crown until the reclamation is resolved, at which point the land is surveyed before being either retained, leased or sold, he said.

Mr. Rawat also asked if any action is being taken to identify parcels where revenue is overdue and to establish an entity to collect those dues.

Mr. Smith-Abbott replied that the NRLI is currently undertaking a review of all disposed Crown land.

It is up to the governor to authorise the disposal of Crown land as approved by Cabinet, as Mr. Rawat summarised from Mr. Smith-Abbott’s affidavit.

But, he added, the relevant minister has the power to review the list of applications and make recommendations to Cabinet.

Mr. Smith-Abbott said on Oct. 14 that he remembered Mr. Wheatley had made such reviews but that he couldn’t speak to previous administrations.

He noted that the process for determining who gets Crown land includes considering many factors such as competing applicants, planned use, and more.

“This situation is complex because there are many interests,” Mr. Smith-Abbott said. “Land, as we all know, is a limited, finite resource, and varying people may identify the usefulness of that land for a particular purpose. So the ministry would need to be mindful to account for all those in trying to dispose of that parcel.”

Mr. Smith-Abbott said he couldn’t find written criteria for Cabinet to consider when deciding who gets the land.

“Every minister in the Cabinet will have his or her own criteria — old, young, family, all sorts of people who might be vulnerable,” Sir Gary said. “There are lots of potential criteria. But without having written criteria, how does one know? How is that discretion exercised?”

The minister said criteria set by community-specific committees currently is used for making such decisions, but he noted that this area would be clarified with proposed legislation.

Mr. Smith-Abbott also explained that the National Physical Development Plan designates general areas for encouraging certain types of development, but it is up to those in charge to determine how closely they adhere to it.

A specific Crown Land Management Plan is being called for, he said, and it will examine what areas are best suited for residential, public or other uses at a “granular level.”

Mr. Wheatley also said on Oct. 14 that lawmakers have had several discussions about the proposed legislation and how it could help empower people through land ownership.

Mr. Smith-Abbott said an important aspect of the new policy will be giving estate advisory committees a more significant stake in deciding who gets what land considering the important role they play in vetting applicants, especially when it comes to ancestral claims.

Mr. Wheatley also told the COI that the government has “no real defence” on the books for how to handle situations where people are getting Crown land at discounted prices but later selling for market prices.

“We are having to review the framework, the mechanisms, the overall governance,” he said, adding, “This is still an ongoing dialogue, and the policy would by necessity have to reflect the views — very strong views in some instances — as to how best to incorporate the public’s input into the disposal of what is ostensibly a publicly held asset of great value.”

The commission went on to question Mr. Smith-Abbott about the various avenues for belongers, non-belongers and companies to apply for land.

Mr. Rawat also asked what the ministry is doing about concerns Mr. Wheatley previously expressed that developers sometimes obtain Crown land and then don’t follow through with the construction when their financing falls through.

Mr. Smith-Abbott said this matter needs to be addressed in the dedicated Crown land management legislation.

He added that developing the policy is a high priority, and he anticipated the core of it could be ready for public review within the next year.

This new legislation, he said, will have to consider that there are many more people interested in land than available parcels, so the guidelines will have to contain mechanisms to ensure “transparency, equity and fairness” in disposing of Crown lands.

“If I could be honest, … he seemed to have a real problem with locals owning Crown land,” the minister said. “I look at these [letters] as deliberate attempts to stop or slow a process.”

He added that land transfers the governor would have needed to sign — including at Spooners Estate — were often delayed for months at a time.

Sir Gary asked if he agreed with the substance of the governor’s letters — that there should be transparent, comprehensive application guidelines in place — and if valuation reports should be carried out before land is disposed.

As a way of ensuring Crown lands are available on a regular basis, Mr. Wheatley said a funded land distribution programme should be included in the next budget.

“It’s the ambition, I think, of every government, to ensure that our local persons get land,” Mr. Wheatley said. “It is one thing to want to do something, but there must be a mechanism by which you are going to achieve your objective.”