Inquiry > COI report to be public in June, guv says

COI report to be public in June, guv says

After finishing an initial review of the 1,000-plus-page report by the Commission of Inquiry, Governor John Rankin said on April 21 that he will disclose it to leaders in the …

END_OF_DOCUMENT_TOKEN_TO_BE_REPLACED 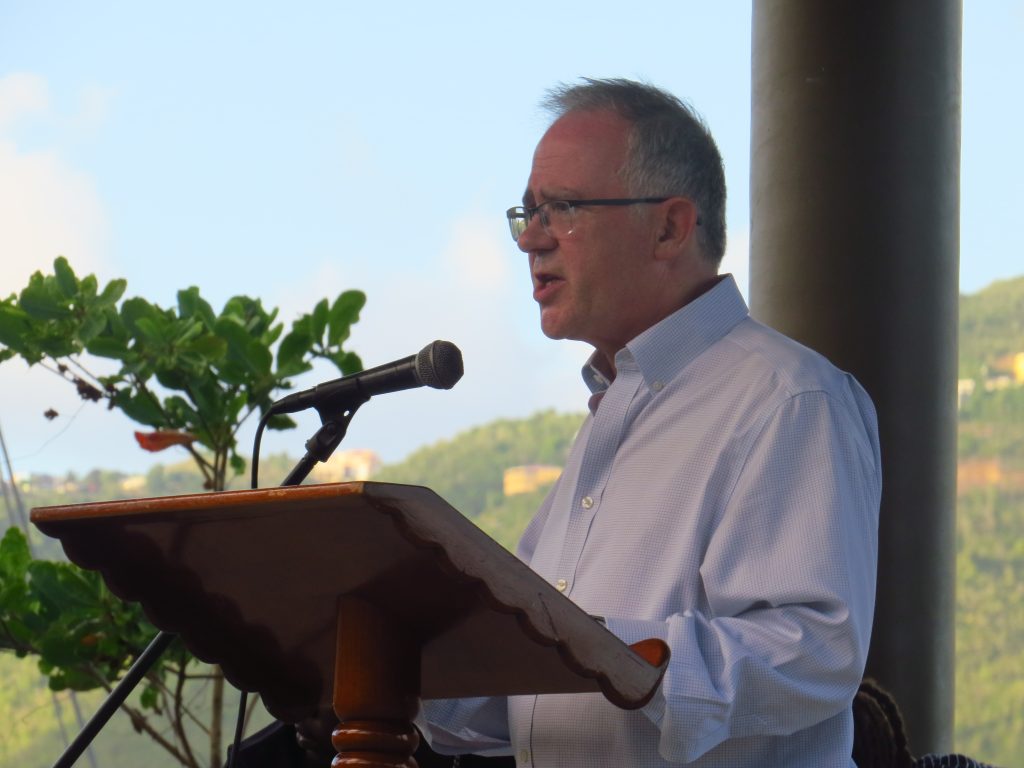 Governor John Rankin said on April 21 that he will disclose the Commission of Inquiry report to leaders in the Virgin Islands and United Kingdom before making it public in June “if not before.” (File photo: DANA KAMPA)

After finishing an initial review of the 1,000-plus-page report by the Commission of Inquiry, Governor John Rankin said on April 21 that he will disclose it to leaders in the Virgin Islands and United Kingdom before making it public in June “if not before.”

Though Mr. Rankin offered few details about the report’s contents, he did say the COI’s 40-plus recommendations cover good governance, the Constitution, and enforcement of the territory’s laws.

“The COI examined a broad range of issues which are the building blocks of any effective and successful jurisdiction,” Mr. Rankin said. “By addressing them properly, we can strengthen the foundations of governance in the British Virgin Islands to meet the challenges of the future in an open, transparent and fair way.”

On April 5, Mr. Rankin announced that he had received the COI’s final report the day before and had shared it with Amanda Milling, the UK minister responsible for the overseas territories.

In his statement on April 21, he said he plans to share it “in confidence” first with Premier Andrew Fahie and then with “leaders of the political parties represented in the House of Assembly” around the third week of May.

“I trust that the confidence in which the report is shared will be respected,” he said.

Sharing the report with both VI and UK leaders, he added, will allow for cross-party discussions among them all.

After those discussions take place, Mr. Rankin plans to release the report to the wider public in June or sooner, he said.

“It is essential that the handling of this report is done in the right way, and I believe by adopting this approach we will get to an outcome that is in the best interests of the people of the British Virgin Islands,” he said.

Mr. Fahie said in a press conference on April 22 that he would be preparing to engage with Ms. Milling and “others in London” on the findings.

Though he had not yet received a copy, he added, he and the governor have maintained ongoing discussions about the report.

However, Speaker of the House Julian Willock isn’t satisfied with the publication timeline, according to a letter obtained by the Beacon.

In the April 22 letter to Mr. Rankin, Mr. Willock wrote that he found it “concerning” that the governor did not expressly mention giving a copy to him as “head of the legislative branch” of government.

The letter adds, “You have not stated whether a copy will be also shared with the judicial branch, which also plays a pivotal role in good governance by administering justice and safeguarding our Constitution.”

The speaker also opposed sharing the report with UK representatives before members of the public and press in the VI.

“Your statement on when the COI report will be shared presupposes that the local political class and ‘ministers in the UK’ have more of an interest than the ordinary residents, civil society, captains of the industry, and other professionals who were called to give evidence before the commission,” he wrote.

Mr. Willock urged the governor to use the publication timeline as an “opportunity to right” the “wrong” that he said occurred when the investigation was originally announced, when news appeared in UK tabloids almost immediately after the announcement.

The governor did not issue any further statements before the Beacon’s deadline.