Travellers arriving in the Virgin Islands during the Covid-19 pandemic are now required to pay more on top of the $175 fee charged to enter through the BVI Gateway portal. …

END_OF_DOCUMENT_TOKEN_TO_BE_REPLACED 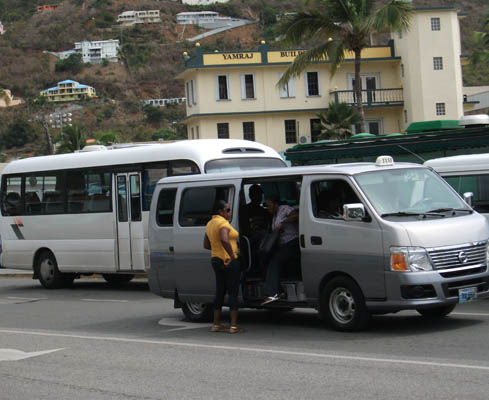 Travellers arriving in the Virgin Islands during the Covid-19 pandemic are now required to pay more on top of the $175 fee charged to enter through the BVI Gateway portal.

Starting March 25, they also have to foot the bill for ground transportation fees from their arrival point to their accommodations and back and forth to a Covid-19 testing site, the BVI Tourist Board announced six days after the change took effect.

“Under the BVI’s Covid-19 protocols, the Taxi and Livery Commission coordinates this transportation, utilising only Gold Seal-certified vehicles and vessels,” the BVITB stated in a March 31 press release. “Transportation is not covered in the travel authorisation fee paid by each passenger.”

The $175 only covers two PCR tests at $70 each and a $35 fee for a tracking device, according to the BVITB, which noted that government had been covering the transportation costs previously.

“The Taxi and Livery Commission will continue to coordinate both ground and marine transportation in an effort to ensure health and safety standards are maintained,” the board stated.

Ground transportation costs will be calculated based on the official taxi tariff, which ranges from $5 to $30 per person, depending on the destination and the number of passengers, according to the BVITB.

Starting on April 24, fees will also be charged for marine transportation from Tortola to other islands.

“During the next 24 days, the BVI Tourist Board and Film Commission will carry out consultation with tourism stakeholders, the Taxi and Livery Commission, and the government to determine the best solution for covering the marine transportation costs after April 23,” Tourism Director Clive McCoy said. “We want to urgently address marine transportation, because the cost can be quite significant for persons travelling from Tortola to any of the other islands during this pandemic.”

All other protocols and procedures for transportation remain the same, he added.

“The Taxi and Livery Commission will assign the approved ground and marine transportation,” he said. “Hence, travellers will not be allowed to make their own arrangements.”