Commissioner: Willock documents are no defence

The documents that Speaker of the House Julian Willock provided to reporters on June 30 did not vindicate him from breaching the Register of Interests Act as he claimed, Commissioner …

END_OF_DOCUMENT_TOKEN_TO_BE_REPLACED 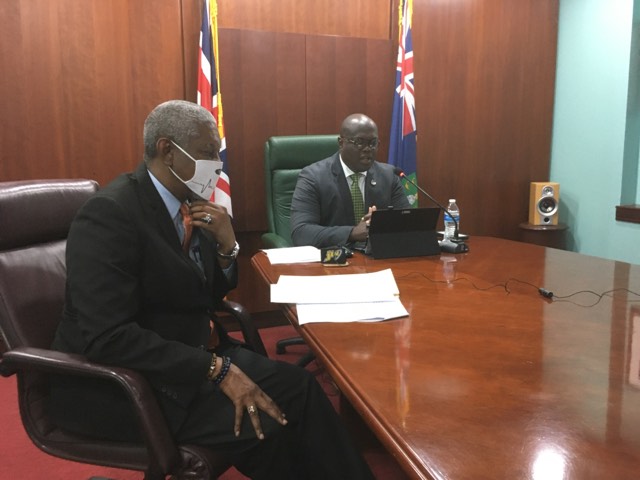 The documents that Speaker of the House Julian Willock provided to reporters on June 30 did not vindicate him from breaching the Register of Interests Act as he claimed, Commissioner Sir Gary Hickinbottom said last Thursday during the Commission of Inquiry.

“The honourable speaker and counsel Mr. [Richard] Rowe of Silk Legal accepted that, if a member lodged his or her declaration a day late, then that would be a breach of Section Three of the Register of Interests Act 2006,” Sir Gary said. “And there was no reasonable excuse [or] defence on the basis of the documents that the speaker has produced together with the documents that were produced by the registrar of interests.

The dates on which he submitted his registration forms are clear.”

Given the clarity of the forms, he added, the commission did not need to hear any further evidence on the matter.

After a hearing late last month in which the commissioner alleged that the speaker had breached the act all three years that he has been in office, Mr. Willock called a press conference on June 30 where he presented reporters with a document package that he said proved “there has been no violation [of the act] by the speaker.”

But the bundle of information he provided showed that for the first two years he was in office, Mr. Willock filed his declarations of interest incorrectly and after they were due.

Last Thursday, the Commissioner described some media reports on the issue as “confused,” and he suggested that whether an individual member did or did not breach the act is not as important as the implementation of the act as a whole.

For six days, he said, he questioned current and former members of the HOA on whether they had complied with the act, and by  the end of that time he had found that 21 members had not been compliant with Section Three of  the law — “a position which they each accepted,” he said.

“Furthermore, in relation to the system, which I was mainly concerned with, the elected ministers, through Sir Geoffrey Cox, Queen’s Counsel, accepted that the implementation of the constitutional provisions through the Register of Interests Act 2006 was practically hopeless.”

In those circumstances, he continued, “the picture painted by the evidence as a whole is absolutely clear.”

He added that he hoped that his response on Mr. Willock’s case would mean “that chapter can be closed” and the commission can move on to other aspects of the inquiry.