After discussing the financial challenges and uncertain future tied to the Covid-19 pandemic, the House of Assembly passed the $402 million 2021 budget on Tuesday. “Are we out of the …

END_OF_DOCUMENT_TOKEN_TO_BE_REPLACED 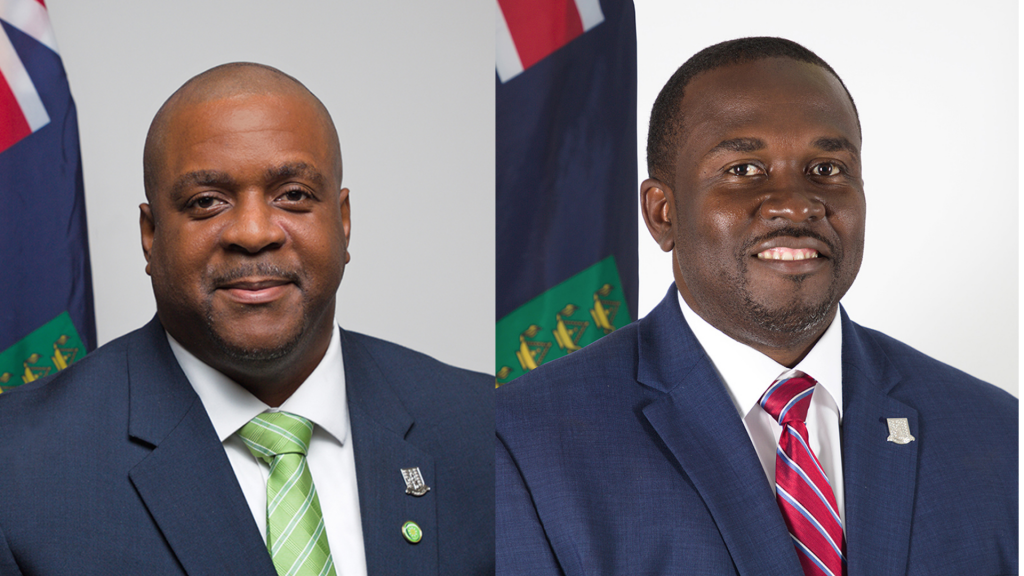 Premier Andrew Fahie and opposition leader Marlon Penn, along with other members of the House of Assembly, discussed the 2021 budget this week. (Photo: PROVIDED)

After discussing the financial challenges and uncertain future tied to the Covid-19 pandemic, the House of Assembly passed the $402 million 2021 budget on Tuesday.

“Are we out of the woods financially? The answer is no,” Premier Andrew Fahie said Monday during the first day of the two-day budget debate. “Do we have challenges? The answer is yes. But I challenge anyone to show me a country that doesn’t.”

At the beginning of the sitting, Mr. Fahie described the budget as “very conservative” and said it will have to adapt as more is learned about the future financial climate given the atypical influence of the pandemic on the global economy.

HOA members said they sought to strike a balance in finally addressing vital projects that have been on hold for years — like the rebuilding of schools damaged by the 2017 hurricanes — with maintaining a viable budget that will withstand pandemic-related hits to the tourism-dependent economy.

The premier also said he is aiming for a budget that doesn’t place a “burden” on United Kingdom taxpayers, but seeks greater autonomy for the territory in its financial affairs.

The proposed 2021 budget of $402 million includes $325 million for recurrent spending, nearly $63 million for capital expenditure, about $1.9 million in contributions to statutory funds, and almost $12.5 million toward repayment of the principal on the territory’s debt.

Members voted on Nov. 12 to send the Appropriations Act, 2021 to the Standing Finance Committee, which subsequently met to review the budget behind closed doors before returning to discuss it publicly on Monday.

During the debate, Opposition Leader Marlon Penn said the premier had painted a “rosy” picture of the state of the economy during the SFC deliberations, but Mr. Penn struggled to match that image to reality for businesses navigating nearly a year of hardship.

“The budget, to me, lacks … a clear macroeconomic plan to address the needs of the businesses on the ground and overall a plan to really navigate this territory through the two most devastating periods in the history of our country,” he said, referring to Hurricane Irma and the pandemic.

He noted that the previous budget had been dubbed “transitional,” but he said the proposed 2021 budget could be described similarly because it lacks a clearly articulated long-term plan to move forward with the hurricane housing recovery and other programmes.

Mr. Penn added that he doesn’t understand “how we’re going to achieve these numbers that are outlined in the budget” considering that the tourism economy “has been pretty much inactive for the last eight to nine months.”

Seaports were set to open on Dec. 8, but government announced the day prior that the opening was pushed back to the end of January.

Mr. Penn said more than 80 percent of people coming to the territory typically come through the seaports, and he anticipated “significant hardship” for businesses in the marine sector that he believes won’t bounce back until late next year.

“We need to start to paint the picture in terms of how this budget is going to address that [gross domestic product] shortfall in the tourism space,” he said, adding that almost 60 percent of the territory’s GDP relies on the tourism industry.

Looking at the other pillar of the economy, financial services, Mr. Penn noted the continuing decline of the sector: New company incorporations hit a 20-year low in 2019, dropping to about a third of their 2007 peak, and they continued to fall in the first half of this year.

In light of this trend, he said he is sceptical of 2021 budget projections that show a $10 million increase in financial services revenue in the next budget cycle.

Mr. Penn added that government plans to plug the revenue gap with $25 million to $31 million through new revenue sources that are as yet uncertain: gambling, medical marijuana and asset mining.

He maintained that the priority should be to support existing businesses and their employees.

“But we are here nonetheless,” he said. “We are moving forward, and we are moving in a manner in which any growing territory should be moving.”

However, he said there are certain areas that leaders seemed reluctant to address. Five years, he said, have passed since a 2015 estimate showed $50 million in outstanding government revenue.

Mr. Penn estimated that the revenue gap has grown by $10 million every year since, and he claimed that no repayment plan is in place.

Of the territory’s overall budget, he added, an average 70 percent goes directly to expenditures. For a business in the private sector, that figure would amount to failure, he said. The VI, he added, needs stronger financial stewardship.

“And there is no ‘end in sight’ to stop this leak,” he said.

He also said private businesses aren’t blameless either, as they owe “hundreds of thousands of dollars” in government taxes.

Mr. Turnbull also raised concerns about the National Health Insurance programme’s mounting deficit, which is projected to reach $34.1 million by 2022 if the current system isn’t reformed.

To help rectify such issues, Mr. Turnbull called for both a micro- and a macro-economic plan for the territory, beyond just the 2021 budget report.

Mr. Fahie also explained that conversations surrounding the economy have changed throughout the pandemic.

For instance, he recalled writing to banks seeking a six-month moratorium on loans. Though most institutions baulked at extended timelines for such policies at the time, the premier said on Monday that most are now extending them to a year on a case-by-case basis.

“As we look at it, we’ve been preparing ourselves, and this budget is about innovation,” he said.

But Mr. Turnbull said many businesses in the territory are still struggling, especially in the tourism sector. While it is good to focus on new initiatives, he added, government also should ensure that the people for which it is responsible are protected. To support local businesses, he proposed mass advertising campaigns and other measures.

“We may see some businesses that have been staples in our communities closing their doors because they are unable to carry on any further,” Mr. Turnbull said, noting the potential ripple effects in the community.

Mr. Fahie also appeared to address stalled efforts between the VI and UK to come to an agreement on a £300 million loan guarantee the UK first offered in November 2017 to assist with hurricane recovery efforts.

This belief, he added, prompted efforts to stimulate the economy within the territory.

“We want the BVI to hold its own for decades, and industries such as cannabis will allow us to do so,” Mr. Fahie said.

The premier also briefly addressed concerns raised about the distribution of economic stimulus funding to support those affected by the Covid-19 pandemic, saying that related criticism was “muddying the waters politically.”

Government has provided scant information about how $62.9 million worth of spending designed to help the stalled economy was allocated. But sporadic updates from leaders suggested that as of October no more than $11 million of the promised funds had gone directly to residents and businesses in need. No detailed updates have been provided since then.

“Yes, we’ve helped a lot of persons along the way with this stimulus, but if you open any one of our bank accounts, there’s nothing there from them,” Mr. Fahie said. “Nothing illegal has happened. We made sure that every dime hit the people of the Virgin Islands’ pocket. The difference with this disaster and dilemma is that we made sure to put things in place to help the people of the Virgin Islands.”

Mr. Fahie also touched on several planned pieces of legislation, including an Integrity in Public Life bill that he said would come to the HOA in January. A promised ministerial code will also come next month, he added.

Other areas members intend to address soon include asset mining and tourist visas for businesspeople wanting to stay in the territory for an extended period.

Mr. Fahie also promised to bring forward a consumer protection trade division with the implementation of the new budget.

Some members also discussed areas in need of funding.

Mr. Penn questioned where the money would be found for the many big-ticket projects that are pending, including the West End ferry terminal and the Ralph T. O’Neal Administration Complex.

“In the budget, it shows that monies are extended to 2023 for that school to be rebuilt,” he said. “But I am not satisfied with that whatsoever.”

He continued, “I think this timeline needs to be shortened to give the people of Jost Van Dyke some sense of belonging and not continuing to feel left out and set apart from the rest of the territory.”

Since 2016, SFC reports detailed how $150,000 was needed for bathroom facilities and a sewage treatment plan for the Brewers Bay area. Mr. Turnbull said that this year’s budget lists $163,000 available “on paper” for the project, and he urged action in 2021.

After debating on Monday, the House went into a closed-door session to finalise the Appropriations Act, 2021, which was then approved on Tuesday.