Residents masquerading as pirates, witches and iconic characters like Betty Boop were among about two dozen people who gathered after dark last Thursday in the parking lot at TICO Wine …

END_OF_DOCUMENT_TOKEN_TO_BE_REPLACED 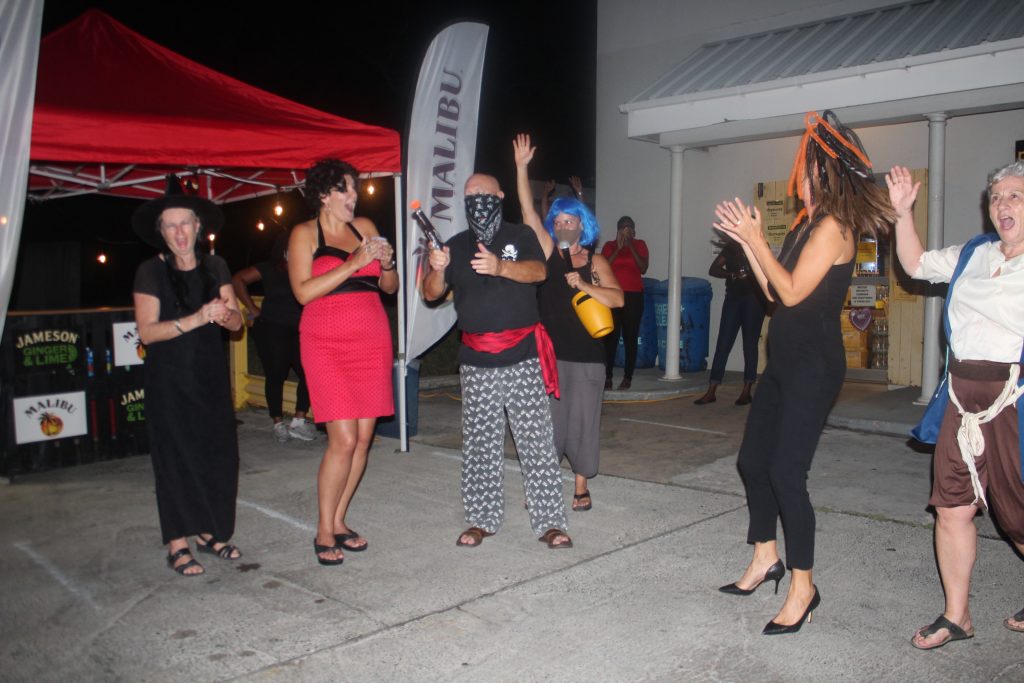 Residents masquerading as pirates, witches and iconic characters like Betty Boop were among about two dozen people who gathered after dark last Thursday in the parking lot at TICO Wine & Spirit Merchants in Pasea.

The event — which included drinks and other treats — was a fundraiser called “Hallowine & Spirits,” and proceeds were split between the Family Support Network and Women in Need BVI, which is known as “WINBVI.”

Since the event was held the week of Halloween, which took place on Saturday, a spooky theme carried through the night.

An Aperol spritz booth was decorated in orange and black, and a small costume competition was held toward the end of the evening.

At $15 a ticket, the fundraiser was one of the few that FSN was able to host this year due to Covid-19, according to FSN administrative assistant Deidra Massicot-Rivera. Recently, FSN has asked residents to help re-stock the pantries after seeing an influx of needy people as a result of the pandemic.

Over the two previous days, she said, $4,000 worth of groceries had been cleared from the pantry shelves.

She explained that the organisation helps women physically, financially, emotionally and spiritually.

Luce Hodge-Smith, another group member at the event, added that WINBVI often works with other organisations to support women and children.

“It’s a raffle, but because of Covid-19 we can’t have it physically,” she said.

Other events hosted by WINBVI include a “Reclaiming Me” series held virtually every Thursday evening.

Upcoming events include “Men are From Mars, Women are From Venus” on Nov. 21, which will include Ms. Turnbull and other speakers.