Covid-19 vaccines are available once again after a weeklong saga in which the rollout was halted, then restarted, then halted again before finally lurching back into motion on Tuesday. Last …

END_OF_DOCUMENT_TOKEN_TO_BE_REPLACED 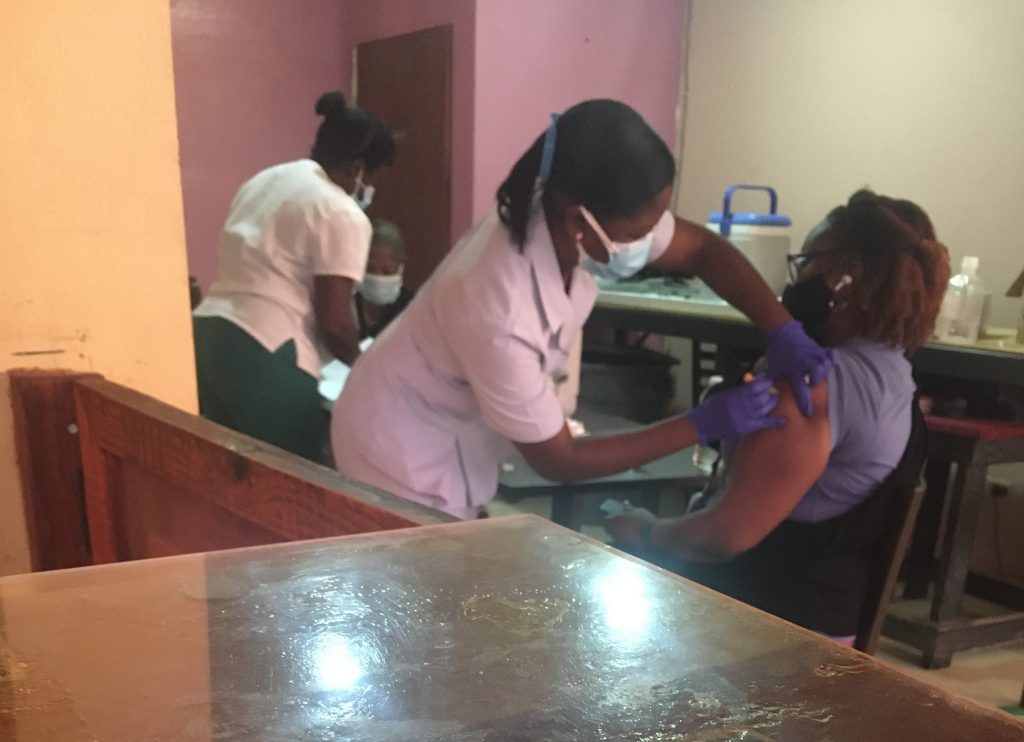 Covid-19 vaccines are available once again after a weeklong saga in which the rollout was halted, then restarted, then halted again before finally lurching back into motion on Tuesday.

Last week, a delayed shipment of 12,000 vaccine doses from the United Kingdom, originally scheduled to arrive March 3, caused the government to hastily call a temporary halt to the vaccine programme after health workers administered nearly 4,500 doses, covering about 15 percent of the population.

The March 3 halt was designed to guarantee that vaccinated residents would receive their required second doses in a timely manner, Health and Social Development Minister Carvin Malone explained on March 2.

However, on Sunday 2,000 doses of AstraZeneca vaccine arrived in the VI from Dominica through a partnership with the Organisation of Eastern Caribbean States, and Mr. Malone said they would be available for “immediate distribution.”

Premier Andrew Fahie and other government ministers met the cargo plane on the runway and ushered off the doses themselves, as they had with the initial shipment last month.

“The assurance of OECS with the commitment of the government of Dominica to furnish the 2,000 vaccines along with the assurance given by the governor regarding the arrival of the vaccine from the [United Kingdom means] the BVI vaccine rollout will now be in a better position to continue to vaccinate the BVI public, thereby allowing our economy to continue to move from strength to strength,” Mr. Malone said in a statement released last Thursday.

However, vaccinations didn’t resume immediately, and government revised a statement it issued on Sunday after the vaccines from Dominica arrived.

The delays caused consternation and confusion for some residents. On March 2, though vaccine centres throughout the VI were open, patients reported being turned away by nurses and given conflicting information.

Susan Chaplin, a 77-year-old resident who said she lives with a chronic illness, reported having to drive to four different vaccine locations on March 2, only to be turned away at each.

Finally, she recounted, a nurse at Dr. Orlando Smith Hospital “told me that more vaccine would arrive on the island ‘soon.’ This nurse said that the March 17 shipment of vaccine was not confirmed. This is madness.”

On Tuesday, however, she proudly showed off her vaccination card on social media.

“Hooray! Got my first shot today,” she posted.

In his March 2 remarks explaining the temporary vaccine halt, Mr. Malone said he knew the decision would face opposition, but the ministry decided to err on the side of caution in order to avoid wasting doses and risking elderly patients missing the second dose.

He added that his ministry has been “encouraged to continue to roll it out, but the fact remains that if it is not here, then we would be breaking that promise that we’ve made.”

He acknowledged that the expected delivery date of the next shipment is well within the 12-week period recommended for administering the second jab, but reiterated the importance of a conservative approach.

“At the end of the day, we know that there are issues on hand when it comes to the AstraZeneca supply chain,” he said. “There are challenges, and we do not want to fall into the particular situation where when the second dose is called upon anyone who received it, that they don’t have it.”

Chief Medical Officer Dr. Ronald Georges said late last month that with the rollout in full swing, health care workers were administering 500 jabs a day, and with more doses on the way, government expected the rollout to be wrapped up within six months.

Vaccinating around 70 percent of the population will be key to loosening arrival protocols, opening borders, and boosting the lagging tourism economy, Dr. Georges has said.

On Friday, despite the delays, Governor John Rankin reiterated the UK’s commitment to delivering more doses to the VI, which he said would “allow people in BVI to have their second dose of the vaccine well within the prescribed 12-week limit.”

He added, “What does this mean? The news is positive. Not only is the vaccine safe for people over 65 but the evidence shows the vaccine is working to reduce infections and save lives. Everyone who would like to take up the lifesaving opportunity should follow the guidance from the Ministry of Health and register as soon as it is possible to do so.”

Mr. Fahie said on Sunday that the VI now intends to secure 80,000 doses, and that the UK plans to provide 80 percent of them.

“We continue to make sure that we make up that 20 percent, because for us, we intend to vaccinate 40,000 persons, because … it was a little while back when the latest [population] survey was done,” he said.

The Dominica shipment, as well as an expected 12,000-dose shipment from the Covax Facility, will help fill the gap, he said.