A “large cluster” of Covid-19 cases was found among workers from a construction company on Virgin Gorda, Chief Medical Officer Dr. Ronald Georges announced on Saturday. “Regrettably, the large number …

END_OF_DOCUMENT_TOKEN_TO_BE_REPLACED 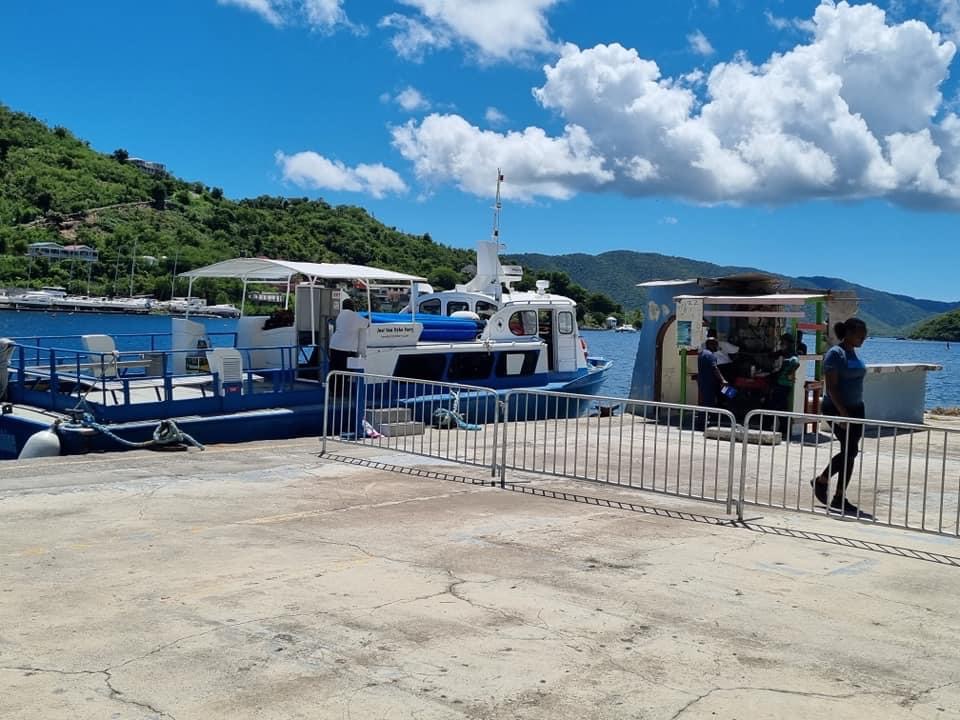 Health and Social Development Minister Carvin Malone announced on Sunday that training was completed at the West End ferry terminal for members of the BVI Health Services Authority. They can administer rapid antigen tests now. (Photo:FACEBOOK)

A “large cluster” of Covid-19 cases was found among workers from a construction company on Virgin Gorda, Chief Medical Officer Dr. Ronald Georges announced on Saturday.

“Regrettably, the large number of persons in barracks-style accommodation lends itself to easier transmission in this instance,” Dr. Georges said. “To date, 29 persons have been detected to have Covid-19 PCR results within the infectious range associated with one of the locations.”

He said the Ministry of Health and Social Development is working closely with the company and quarantining people who test positive.

As of yesterday morning, there were 46 active positive cases in the territory.

Thirty-seven of those were detected in Virgin Gorda, according to government’s Covid- 19 Dashboard.

Meanwhile, Dr. Georges said, about 50 percent of the population is vaccinated, leaving the territory vulnerable to further outbreaks.

Causes for concern include the relaxation of restrictions, low vaccination rates, and a general lack of adherence to public health measures, according to the doctor.

Government has been sending test samples to the Caribbean Public Health Agency, which has confirmed the mu and delta variants of Covid-19 in the territory, he added.

He also urged residents to vaccinate and adhere to public health measures, noting that entry screening and quarantine will slow but not prevent the entry of Covid-19 into the territory.

Governor John Rankin also pitched in during a Monday announcement addressed to the public service.

Of the territory’s 2,504 public officers, he said, 859, or 34 percent, are fully vaccinated. Nine percent, or 239 people, are partially vaccinated, he added.

“To the 1,406 public officers that remain unvaccinated, as your governor… I want to encourage you to please get vaccinated,” Mr. Rankin said.

The governor also noted the circulation of false statements about the side effects of the vaccine, and he encouraged residents to speak to health care officials to get accurate information.

Common side effects, he said, are temporary swelling on the arm and some fever.

“As with all other vaccines, these are the normal signs that your body is building immune protection and strength,” he said.

A few people in the territory, however, have reported unusual symptoms from the AstraZeneca vaccine, National Epidemiologist Harmonie Massiah said during a live broadcast Tuesday night.

Of about 570 people who reported side effects through a Public Health Unit portal, less than one percent noted unusual symptoms such as dizziness, body itching, erections, or feeling extra energy, she said.

She added that such side effects can be reported by calling the unit. The Ministry of Health and Social Development, she said, is monitoring post-vaccination symptoms to continue to evaluate the safety of the vaccine.

The ministry also launched a survey recently to ask people about their knowledge and attitudes related to Covid-19 vaccinations.

Of about 200 people who filled it out so far, most were women with no underlying health conditions, Ms. Massiah said.

“[Information from news sites] was particularly concerning for us given the way the news are sometimes biased,” she said. “A quarter of respondents did not or seldom verified information.”

She added that the survey is helping the ministry gather information and insight about “what’s happening on the ground.”

Such information will help government adjust its approaches and protocols, she said.