COVID-19 > The coronavirus response, behind the scenes

The coronavirus response, behind the scenes

END_OF_DOCUMENT_TOKEN_TO_BE_REPLACED 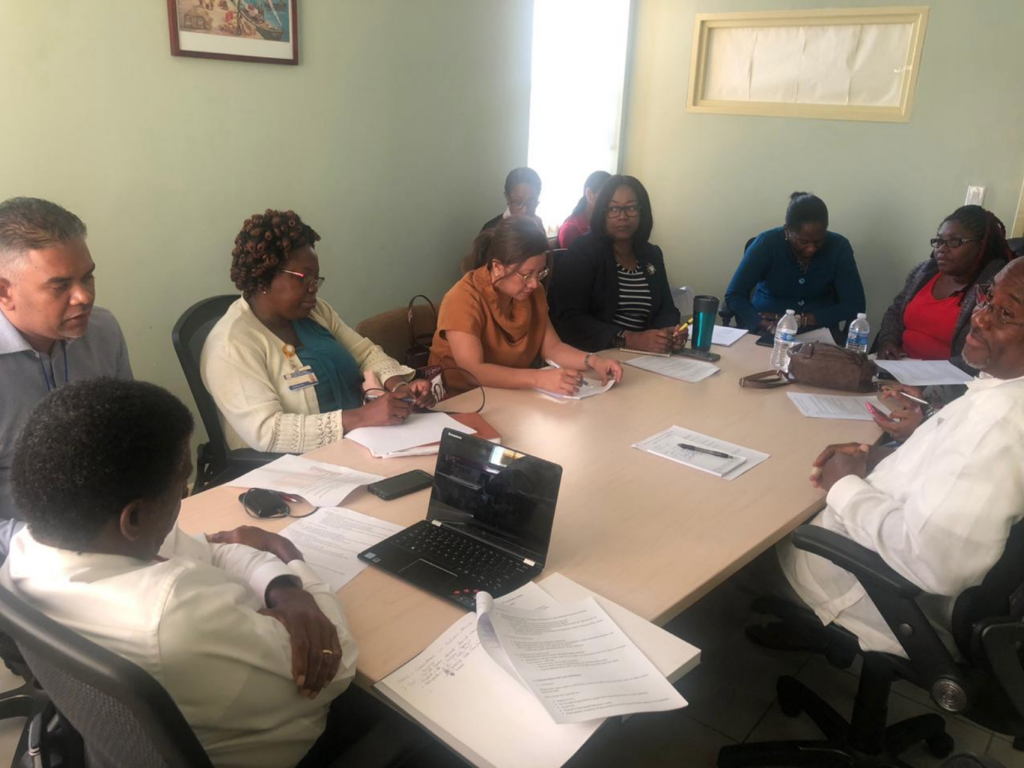 By January (above), Virgin Islands health officials were already meeting about the territory’s coronavirus response, and they dramatically ramped up efforts as the outbreak spread around the world and arrived here. (File Photo: GIS)

The trio have frequently assured residents that the government’s response is being guided by expert advice and scientific research, but no health officials had appeared beside them until this week and no specific studies have been cited.

In recent interviews with the Beacon, however, Governor Gus Jaspert and Chief Medical Officer Dr. Irad Potter provided more details, describing a team effort going on behind the scenes to supply Cabinet with advice based on expert input from here and abroad.

“A lot of what we have tried to do … is make sure the advice we give to government follows the scientific information from [the World Health Organisation] and other credible sources,” Dr. Potter said.

Government’s overall strategy is being guided by a pandemic response plan that was drafted before the coronavirus outbreak and updated to reflect the current situation, the governor said.

According to Mr. Jaspert, this plan “goes through different phases” of response to try to stampout infections in the territory.

The document has not been made public, but during a Tuesday afternoon press conference Mr. Malone assured the Beacon that his ministry would provide a copy.

After the conference, however, he directed this reporter to his permanent secretary, Petrona Davies, who referred this reporter back to Mr. Malone, who had not provided a copy by Beacon presstime yesterday afternoon.

Mr. Davies, however, did explain that government has tailored the “National Pandemic Plan” to combat Covid-19, and that it serves as a general guide.

“It’s not a Bible,” she said. Asked why that document hasn’t been made available to the public previously, Ms. Davies said, “It’s not really for a public audience; … it’s a technical document.”

By press time, Ms. Davies did not respond to an email asking whether the plan she referenced was the “National Action Plan Against the COVID-19 Pandemic,” which Mr. Malone announced following a March 31 Cabinet decision.

With the help of environmental health, epidemiology and surveillance teams, Dr. Potter has provided much of the key public health advice, while Ms. Inniss-Springer has focused on logistical support, and the National Security Council advises on curfew and law enforcement matters, Mr. Jaspert explained.

The HEOC also regularly provides the Cabinet with “situation reports” to inform decision making, but these reports have not been made public and on Tuesday Mr. Malone declined to provide them.

“We use these reports interms of giving you the information,” Mr. Malone explained.

Dr. Potter, however, explained in an interview that the reports attempt to capture a comprehensive picture of the pandemic’s spread locally and globally by considering information about the VI as well as other countries.

“We look at … different stages that we are in in regards to the pandemic, and we look to ‘Well, if we are in this stage, then these are the things we are considering,’” Dr. Potter said.

The situation reports also include general data about the VI outbreak that the government then distributes, the governor added.

As for research, Mr. Jaspert said no single study has instructed the territory’s approach, but Dr. Potter and his team have been consulting regional and international non-governmental organisations and reading various sources to track the outbreak and help with their advisory role.

Well before the coronavirus reached the VI’s shores, Dr. Potter explained, the territory had established relationships with Public Health England, the WHO, and the Caribbean Regional Health Agency, all of which have worked with VI officials to understand the virus and what should be done to fight it at home.

PHE — which was already collaborating with the ministry to help this territory comply with international health regulations — has shared technical guidance and helped procure necessary equipment, while CARPHA and the WHO provide Dr. Potter the opportunity to confer with representatives from member states about what strategies have worked in their respective countries and ask them questions pertinent to the VI, he said.

In addition, Dr. Potter has also kept a watch on the United States-based Centres for Disease Control and studied the methods employed by Australia and New Zealand, which have been markedly successful in containing the virus, he said.

While Dr. Potter’s advice and the contents of the HEOC situation reports both consider the progress of pandemic responses globally and locally, the strategies employed to fight coronavirus elsewhere may not always be effective in the VI, Mr. Jaspert said.

“What works in London or New York is going to be very different from what works here,” he explained.

When Cabinet makes decisions about how to combat the coronavirus, officials have to make sure they are culturally appropriate, logistically feasible, and enforceable in the VI, the governor said.

The governor acknowledged that the government may have made some mistakes in its response to the health emergency — he noted the criticism received over the highly unusual decision to close grocery stores and other essential businesses for about three weeks — but he said that leaders have taken every step with the intention of keeping residents safe.

“The bigger picture … is everything that has guided what Cabinet’s been doing is ‘How do we best protect the public from this virus?’” he said.

The government’s recent decision to lift some of the protective restrictions, such as allowing residents to swim in the ocean and restaurants to serve takeaway meals, signifies a new phase of the territory’s response, Mr. Jaspert said.

The previous lockdown represented the peak of government oversight in squeezing out the virus, during which time it was also the government’s responsibility to provide for the residents who were locked inside their homes, according to the governor.

Now, with residents afforded more freedoms, the onus is on them to act responsibly and remain vigilant against the threat of infection, Mr. Jaspert said.

“We’re now entering the next phase, which is how does everybody take responsibility for living with this threat for the foreseeable future,” he added.

Thus far, the government has been pleased with how most residents have conducted themselves in light of the eased restrictions, he said.

He also commended the many members of the public service who have retooled to form the social distancing taskforce, which as of last Thursday had inspected 713 businesses and approved 647 for reopening.

Dr. Potter also thanked residents for their cooperation during this unprecedented crisis.

“I would really like to thank the people of the territory for helping with the control of the disease in the country by undertaking the measures that government instituted,” he said, adding, “Those moves also allowed us to get better prepared because our expectation is that … as we begin to reopen the country slowly, the risks will increase.”