Business > Crowley cuts back, but VI safe for now

Crowley cuts back, but VI safe for now

The maritime shipping giant Crowley has pulled out of parts of the Leeward Islands, but it will continue to serve the Virgin Islands, a company spokesman told the Beacon this …

END_OF_DOCUMENT_TOKEN_TO_BE_REPLACED 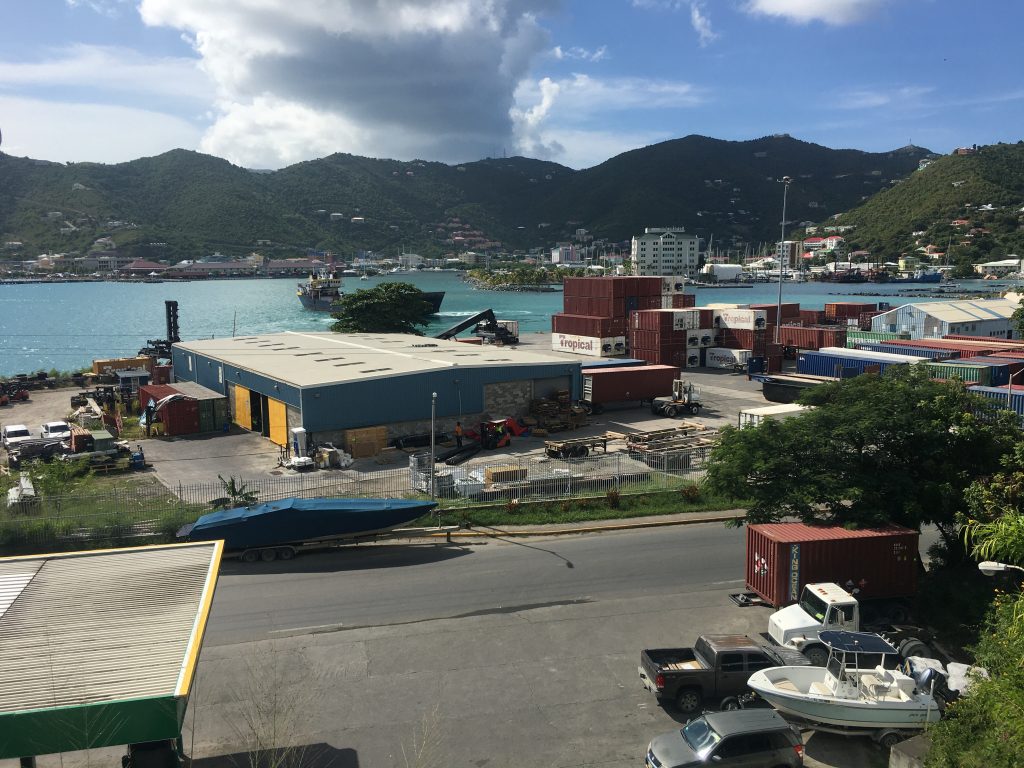 Shipping giant Crowley is pulling out of parts of the Leeward Islands, but it will continue to serve the Virgin Islands, a company spokesman told the Beacon this week. (Photo: CLAIRE SHEFCHIK)

The maritime shipping giant Crowley has pulled out of parts of the Leeward Islands, but it will continue to serve the Virgin Islands, a company spokesman told the Beacon this week.

On Oct. 9, Crowley announced that it would cease shipping to much of the LeewardIslands at the end of that month.

At the time, it announced that sailings to Tortola and the United States VI would alternate between a Thursday or Saturday departure each week, with one southbound sailing leaving Port Everglades, Florida on average every 10 days. Service between Puerto Rico and the US Virgin Islands was also discontinued in October.

“These adjustments provide a more reliable sailing schedule between Port Everglades, the US Virgin Islands and the British Virgin Islands, so our customers can plan their shipments effectively,” the company announced.
Meanwhile, Crowley has discontinued service to Anguilla, Antigua and Barbuda, St. Kitts and Nevis, Saba, St. Barthelemy St. Eustatius and Montserrat.

Here, the pullout may make shipping to those locations more complicated, but Crowley is not VI customers’ only option. Other carriers, including Tropical Shipping, still ship both full container loads and less-than-container loads to ports in the Leeward Islands.

“The largest carrier in the region does not see it as a profit margin worth the effort,” he said.

But in the long run, he added, competition could be good for the region as other carriers move in to fill the void.

“Multiple carriers [are] still working for this market,” he said. “Crowley are still shipping into St. Thomas every 10 days, so there is still a basic service.”

Speculation that Crowley may also pull out of the VI circulated recently, but a spokesman for the company told the Antigua-based Daily Observer the rumours were false.

“Crowley continues to serve the Caribbean region as it consistently has for 50 years, including but not limited to the USVI, BVI, Jamaica, Puerto Rico, and more,” spokesman David DeCamp told the newspaper in October. “However, the Leeward Islands, including Antigua and Barbuda, will not be served after the end of October.”

According to the Observer, Mr. DeCamp denied that the pullout was related to the Covid-19 pandemic, saying that “Covid-19 has not resulted in any material service disruptions.”

“Crowley continues to serve the BVI and USVI uninterruptedly, as well as providing service to multiple other Caribbean islands,” he told the Beacon.
Though some areas have been “strategically realigned,” he added, “multiple other ocean carriers” are serving them.

Monifa Brathwaite Marrero, spokeswoman for the US Virgin Islands Port Authority, confirmed to the Virgin Islands Daily News in December that the agency had not received any notice that Crowley plans to pull out of the USVI and added that “the executed contract between Crowley and VIPA is still in place.”

However, the company appears aware of the concerns and reportedly has addressed them internally.

Earlier this month, the Daily News reported that Caribbean Services Director Jennifer Juarez told Crowley employees in an email titled “Operations update” that “as per the information we have been given, we are talking of reducing space at the terminal due to the closure of services to Leeward Islands, reducing container output.”

She added in the email that as further details arise, she would alert employees.
“Like all businesses, we continue to review how to reduce costs and remain competitive,” she wrote, according to the newspaper.

A receptionist at EZ Shipping, which is the VI agent for Crowley, said no one authorised to comment was available this week. Messages for Oleanvine Maynard, managing director of the BVI Ports Authority, were not immediately returned this week.

The pullout from the Leeward Islands comes amid complaints of skyrocketing prices and a scarcity of some goods.

Stakeholders told the Beacon in October that pandemic related disruptions in the global supply chain could see the territory facing higher than-usual prices and scarcity of some goods.