Legislators recently discussed options for designating Crown land for residents interested in becoming first-time homeowners across the territory. In the question-and-answer segment in May 13’s House of Assembly sitting, Opposition …

END_OF_DOCUMENT_TOKEN_TO_BE_REPLACED 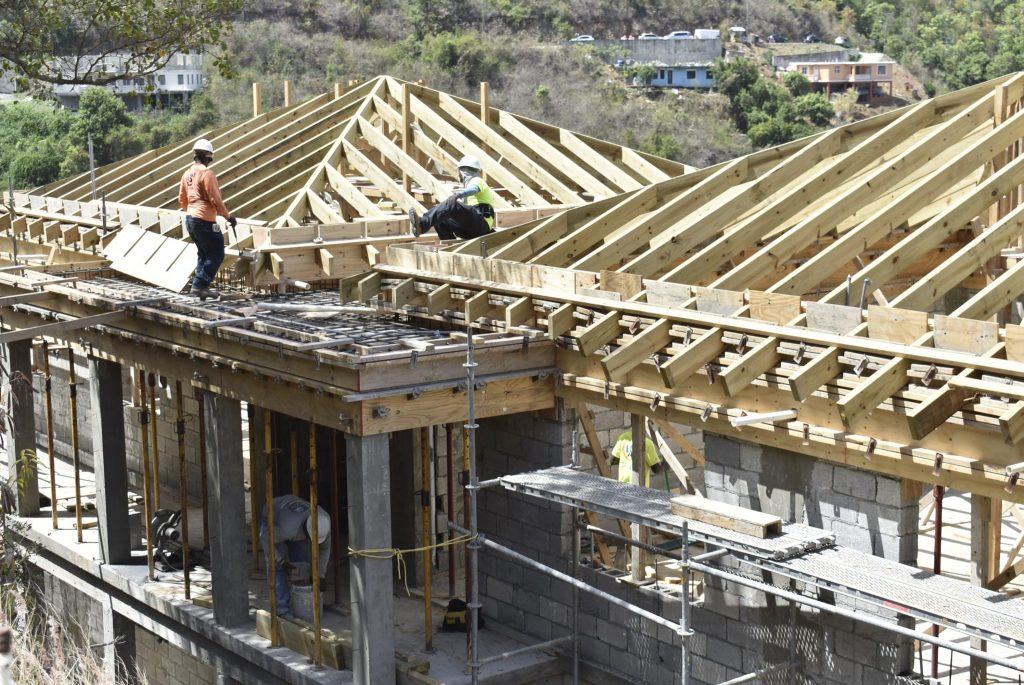 Regarding the Joes Hill housing development, Natural Resources, Labour and Immigration Minister Vincent Wheatley said on May 13 in the House of Assembly that the project budget is about $20 million thus far. (File photo: JOEY WALDINGER)

In the question-and-answer segment in May 13’s House of Assembly sitting, Opposition Leader Marlon Penn asked how much unencumbered Crown land the Virgin Islands government owns and where it’s located, noting that “many persons” have inquired about applying for access to the land.

Natural Resources, Labour and Immigration Minister Vincent Wheatley responded that the exact quantity of Crown land “is not definable at this time.”

“There are areas of reclamations that have not been mapped, and therefore no legal parcels exist,” Mr. Wheatley said. “However, such areas would be the property of the government of the Virgin Islands.”

Government has designated portions of Crown land for public use in recent years, like in October 2019, when H. Lavity Stoutt Community College received 134 acres that HLSCC presidents had been requesting for more than two decades.

“There is a lot to be done in the area of Crown lands, and the ministry will be working through to get all of this information in the database, to be updated regularly as we move forward,” Mr. Wheatley said.

The Food and Agriculture Organisation of the United Nations stated in a 2000 report on land resources in the Caribbean that of the territory’s 38,248 acres, 39 percent was Crown land and 61 percent was privately owned.

Last week, Mr. Wheatley summarised some key areas of interest on each of the islands.

Anegada contains approximately 7,300 acres of Crown land, including its ponds, he said, adding that about 24 acres are in the west and about 420 are in the Deep Bay area.

The Anegada Development Plan 2009, he added, describes the proposed development of those areas.

On Tortola, there are about 212 acres of Crown land, he said. About 10 of them are at Smugglers Cove, where he said approval is pending for a development plan.

Virgin Gorda has about 1,596 acres of Crown land, according to the minister. He said a proposed development plan has been prepared for the approximately 43 acres at Copper Mine, which includes residential and commercial use.

Planning approval for developing 23 acres for residential use at North Sound was given this year, he added.

A plan for developing 241 acres of Great Hill for residential land is pending as well, he said.

Bakers Bay includes about 34 acres of commercial Crown land, and a proposed subdivision plan has been prepared.

Several other areas of Crown land don’t currently have development plans in the works, according to the minister.

Mr. Penn asked if any of these properties could be used to provide homes for firsttime buyers.

Mr. Wheatley affirmed that his ministry identified some areas for this purpose, including land in Balsam Ghut on Tortola.

“Obviously this will be done with the assistance of the Planning Department to come up with a development that is suitable, sustainable, practical, usable and manageable,” Mr. Wheatley added. “The terrain in this area poses quite a bit of challenges, but we will have to see what we can extract to make available.”

Crown land at Spooners Estate and Nibbs Estate have subdivision plans in place, he said, and most parcels have been distributed. But planners, he added, still need to create a road network to all the lots amid the steep elevations and boulders.

He also said that plans for Virgin Gorda’s lots are at a similar stage, with roads being cut in the Copper Mine area just last week.

“We are making progress,” he said, thanking the premier for making project funds available.

Mr. Penn sought clarity on how Virgin Islanders can apply for these lots, and what the consequences are for people who fall behind on property payments.

The first step, Mr. Wheatley said, is sending a letter to his ministry to be added to the list of interested parties.

He said there have been some instances in recent years where people lost the land upon falling behind on their repayment plans. Such payment plans, he said, typically last three to five years, but some have spanned 10 to 15 years. One person went 29 years without paying for the land, he added.

“Those that did not find the money, their names were not removed from the list, but they were put back into the waiting area until they are ready,” he said. “So persons who are ready to build now, who have the funding, got the preference over those persons who didn’t have the money to pay off those lands.”

One major project intended to provide housing for first-time owners is the government-funded development at Joes Hill, a gated complex that will have a total of 52 residential units and commercial rental spaces. Mr. Wheatley reported on April 15 that construction should be completed by May 31, 2022 — more than a year ahead of schedule.

On May 13, Mr. Penn asked for the cumulative cost of the development, and a detailed description of the units.

Between May 2020 and the present, the SSB expended $10,204,458.07, Mr. Wheatley said. This included the site mobilisation deposit and subsequent drawdowns, he said.

It also includes one three-storey commercial building at 5,968 square feet, according to the minister.

Mr. Penn said he did some initial calculations to estimate the cost per unit based on the numbers outlined by Mr. Wheatley. The average cost, he said, came to about $350,000 per unit when taking into account the number of units in the complex and the return on investment the SSB fund may try to assume.

He asked what sort of financial assistance may be available to interested buyers.

Mr. Wheatley responded that some buyers would already be able to make payments on the units without financial assistance and he expected to provide a more detailed assessment in a few months. But he assured Mr. Penn that government would do everything it can to assist people in affording the units and filling the vacancies quickly.

Mr. Penn also asked how many people have applied so far, and what the process entails.

The project broke ground on April 20, 2017, and Mr. Wheatley said the public showed interest in the units from the start.

He added that government made applications available for the first-time homeowners programme, but plans were interrupted by the 2017 hurricanes.

After a contract was signed on May 28 to resume, work began on July 1.

“At this time, the Social Security Board had received 643 expressions of interest,” Mr. Wheatley said, adding that this number included applications, emails and letters.

The board suspended new applications on June 5, 2020 and has been vetting applicants, he added.

To be eligible, applicants must be a first-time owner; a Virgin Islander, belonger or resident for the last 20 years; attend a home-buyer education programme; occupy the property as a primary residence; and have an annual household income of less than $150,000.

He said the number of potential applicants has been reduced to 409 based on these criteria and the SSB’s ability to get in contact with interested parties.

“To date, there have not been any approvals granted, pending the next phase, which entails shortlisting the 409 by a process to be approved by the Social Security board of directors,” he said.

The cost of the units is not yet finalised, he added