A 46-year-old mother who was shot multiple times and left on the roadside in Georges Northside on Sunday night identified her killer shortly before she died, a prosecutor said Tuesday …

END_OF_DOCUMENT_TOKEN_TO_BE_REPLACED 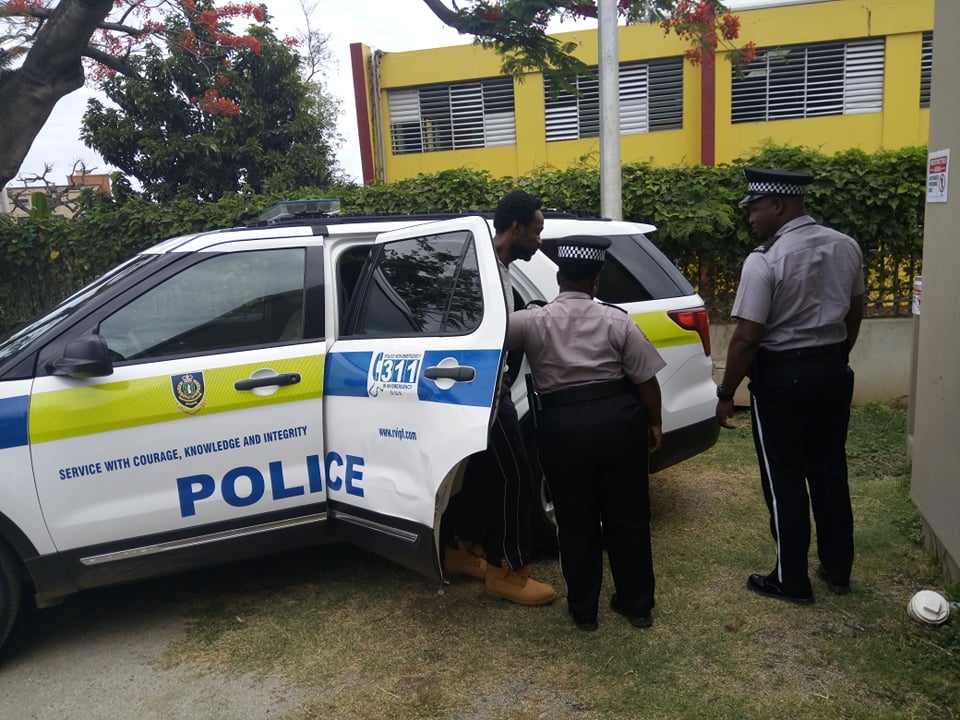 Rohan Williams, 37, a native of St. Vincent and the Grenadines, enters Magistrates’ Court on Tuesday afternoon. He has been charged with the murder of Lenia Green Sunday night. (Photo by: ZARRIN TASNIM AHMED)

A 46-year-old mother who was shot multiple times and left on the roadside in Georges Northside on Sunday night identified her killer shortly before she died, a prosecutor said Tuesday in Magistrates’ Court.

Rohan Williams, 37, a native of St. Vincent and the Grenadines, was charged with the murder of Lenia Green, of Great Mountain, and appeared before Magistrates’ Court on Tuesday afternoon.

According to Crown Counsel Nick Saunders, Ms. Green was found lying in a pool of blood on the road by a passerby. She told the passerby who she was and that she was raped and shot by Mr. Williams, Mr. Saunders alleged.

He was quickly reminded by police officers and Magistrate Christilyn Benjamin that he was to remain silent unless spoken to.

After the interruption, Mr. Saunders continued explaining the allegations.

Moments before Ms.Green was found, he said, another witness received phone calls at around 8:30 p.m. from her children who were in Georges Northside.

They told her that they heard gunshots and a woman screaming, according to the prosecutor.

Upon arriving in the area, the witness allegedly saw a blue and green car leaving quickly.

Mr. Saunders also said that Mr. Williams’ girlfriend told police that he dropped her and his daughter at a laundromat around 5 p.m., and returned after 9 p.m. to pick them up.

When he returned, she allegedly said, his hair was wet and he had a towel around his shoulders.

Police searched Mr. Williams’ residence around 11 p.m. and found dark clothing soaking in a tub, according to the prosecution.

Mr. Williams refused to give DNA evidence, and he claimed that he was home at the time of the crime, according to the prosecutor.

The Crown also revealed that in 2018, the deceased filed a restraining order against the defendant, which was granted in January of this year.

Mr. Saunders said Mr. Williams was a contractor for Ms. Green’s sister, Ethlyn Green, in building her house, and he became a family friend.

Ms. Green’s son, sister and niece were present during the hearing and awaited Mr. Williams’ appearance at court.

“My sister Lenia was a lovely individual and she was my best friend,” said Lesia Donovan. “For most persons that knew us knew that we were extremely close. It hurts me so badly to think on how she was brutally murdered.”

She added, “Even though it’s heartbreaking more than I can imagine, I am still trusting in God that this too shall pass. I want to thank everyone in their undying love, support and continuous prayers.”

Mr. Williams, who was not represented by an attorney, was not granted bail. He was ordered to return to court on July 24.