As the territory continues to balance “lives and livelihoods,” health teams are managing 66 active Covid-19 cases and cruise ship passengers soon will be al- lowed to enter the territory …

END_OF_DOCUMENT_TOKEN_TO_BE_REPLACED 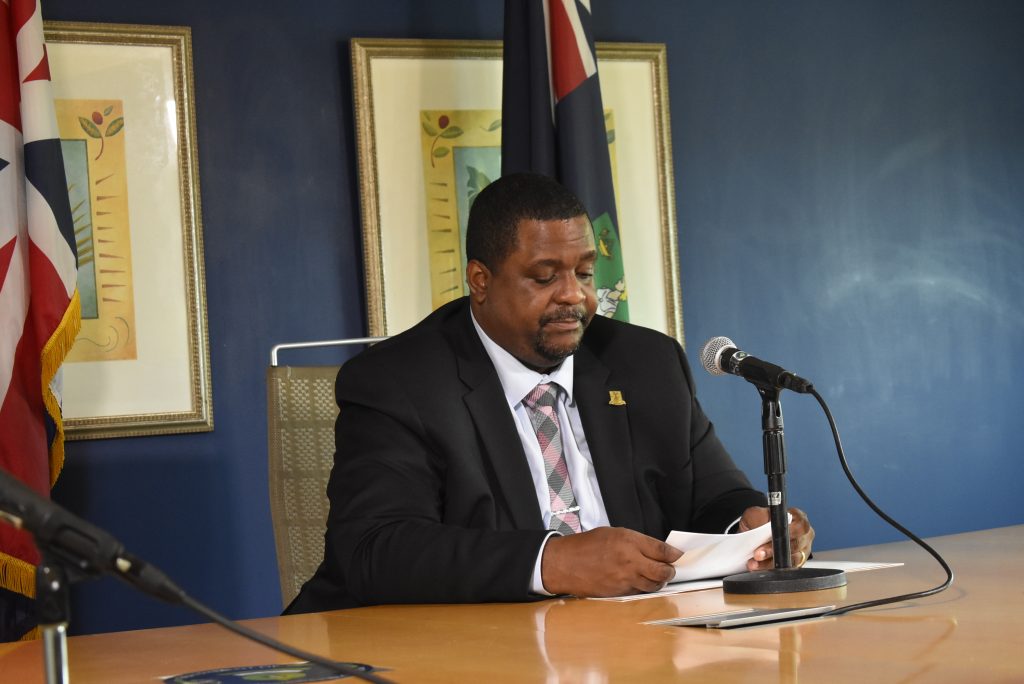 The premier announced during a press conference that cruise ship passengers would be allowed to enter the territory without rapid testing upon arrival and be subjected to bubbles. (Photo: ZARRIN TASNIM AHMED)

As the territory continues to balance “lives and livelihoods,” health teams are managing 66 active Covid-19 cases and cruise ship passengers soon will be al- lowed to enter the territory without rapid testing upon arrival, Premier Andrew Fahie said last Friday.

The next cruise ship may arrive in about two weeks, according to Mr. Fahie, who didn’t provide an update.

During last week’s afternoon press conference, the premier said cruise ship passengers who are fully vaccinated and don’t undergo rapid testing upon arrival or 24 hours prior to disembarkation will have to remain in “bubbles” during their visit, while those who do test will be allowed to move freely if their result is negative.

He added that all cruise ships that require their crew and passengers to undergo rapid testing within 24 hours of disembarkation would not have to follow the bubble protocol.

“We continue discussions with the cruise industry to see if they want to test them before they reach so they won’t have to participate in the bubble,” Mr. Fahie said. “The more we negotiate with cruise ships, … the more we’ll be able to expand the bubble.”

He called the new system a work in progress and a good “first step in the right direction.”

The move was a response to cruise lines threatening to avoid the territory if they had to require their passengers to test for Covid-19 upon arrival.

Mr. Fahie’s announcement followed a meeting with stakeholders, including taxi operators who agreed to biweekly testing.

A task force headed by the director of the BVI Tourist Board will determine what the “bubbles” will entail, the premier said, but he added that they would not require the closing of any beaches to the public.

The premier also announced changes to the way BVI Gateway Portal applications will be processed.

Visitors and residents entering the territory must be approved to travel by applying through the portal.

The applications previously were all monitored manually, but with an increase in applications, the volume has become too much for public officers to handle, the premier said.

The process to approve fully vaccinated individuals will soon be automatic, Mr. Fahie said, though he did not say when this new system would take effect.

“With the application process for fully vaccinated persons being automated, fully vaccinated persons will be able to get their travel authorisation certificate automatically once they have uploaded their documents correctly at the time of registration,” he explained. “The system will automatically generate the travel authorisation certificate instead of it being done manually as was the case in the past.”

To ensure that people don’t exploit the system, he said, applications will be randomly reviewed.

“If any discrepancies are found, the approval will be immediately revoked,” Mr. Fahie added.

A majority of the current active cases in recent days have come from travellers.

A Covid-19 dashboard released Friday showed that 27 other cases had been found locally, including through contact tracing.

There had been a total of 2,640 recorded cases in the territory up until Friday, and there were 14,074 fully vaccinated residents, representing 46.9 percent of the total population, according to government.