Local News > Cruise ships with no passengers can now dock

Cruise ships with no passengers can now dock

END_OF_DOCUMENT_TOKEN_TO_BE_REPLACED 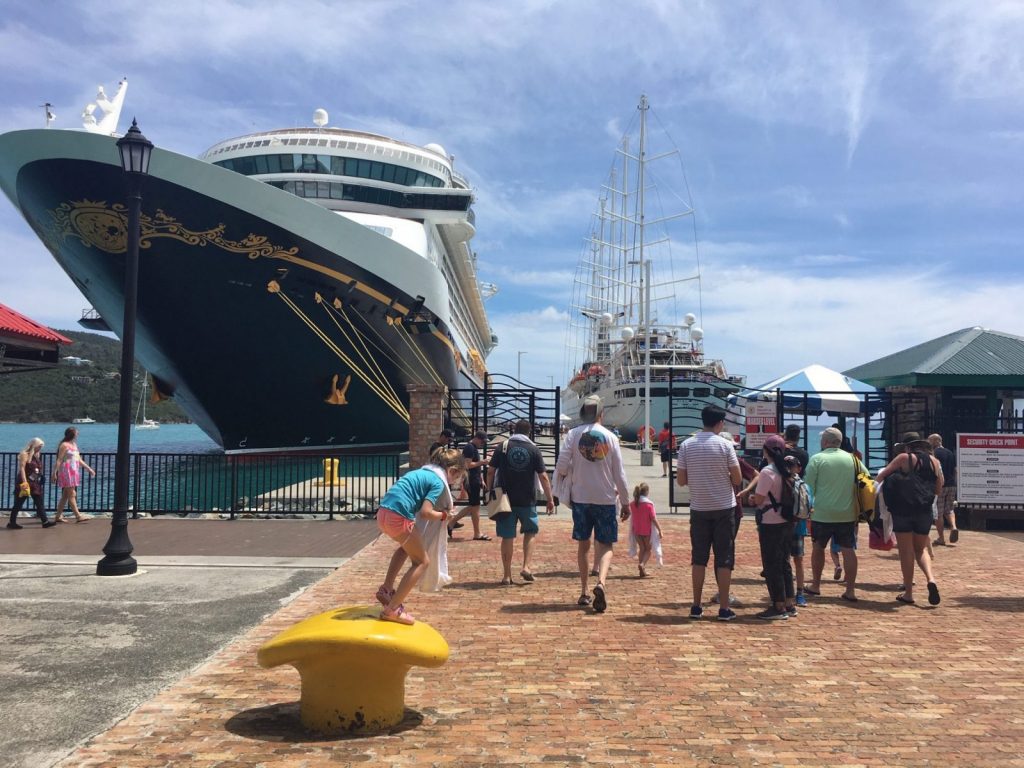 A new curfew order permits the docking of cruise ships (shown above before the borders were closed) if they are carrying only crewmembers, who will not be permitted to disembark or interact with residents. (Photo: FILE PHOTO)

The Virgin Islands closed to cruise ships on March 14, three days after the World Health Organization declared Covid-19 a pandemic.

Now, six months later, cruise ships might finally return to the territory — but with no passengers.

A new curfew order imposed Saturday opens the door for cruise ships carrying only crewmembers to dock in the VI for hours, days or months on end.

Under the order, the ships are now allowed to make “technical calls” and “warm layups” in the territory, allowing time for them to refuel and restock while limiting fuel consumption and maintenance costs.

No crewmembers will be allowed to disembark from the vessels, and no one from the shore will board the ships, the BVI Ports Authority explained in a Saturday press release.

“This is not a cruise call,” the release stated. “It is important for the BVIPA to stay in line with the government’s decision to suspend cruise liner visits to the territory during the current Covid-19 pandemic. But the cruise business can be continued via what is known as a technical call or warm layup.”

Technical calls, the release explained, are usually for a shorter duration of time, ranging from hours to “a couple of days.” Within this time, ships can refuel or restock without any contact between people on the dock and people on the ship.

During a “warm layup,” a vessel is temporarily “out of service but can be mobilised into service at a short notice,” the BVIPA explained. This could be for an extended period of time, and in some instances up to a year, according to the agency.

BVIPA Deputy Managing Director Oleanvine Maynard said, “The port is one of the areas which is considered critical to our economy, and as such we must adapt.”

The release added, “The BVIPA believes that maintaining a link with and continuing to service the cruising industry in the safe manner proposed with technical calls/warm layups can be a vital part of the rebooting strategy.”

Officials did not explain how the territory would benefit economically from the decision, but the ships likely would pay to dock here.

The Maritime Executive, an industry news site, reported that Oceania Cruises is paying “as much as $50,000 a month” for a 785-foot vessel with a skeleton crew of 131 people to dock at a port in Maine.

Sea News, another industry site, estimated a warm layup to cost a cruise ship between $2 million and $3 million per month.

BVIPA Public Relations Officer Akua Akindele declined to comment about when ships might be coming or other details of the plan.