Three days after the third COVID-19 case was confirmed in the territory, a 14-day extension of an initial six-day curfew began yesterday with exceptions for limited travel to groceries, pharmacies, …

END_OF_DOCUMENT_TOKEN_TO_BE_REPLACED 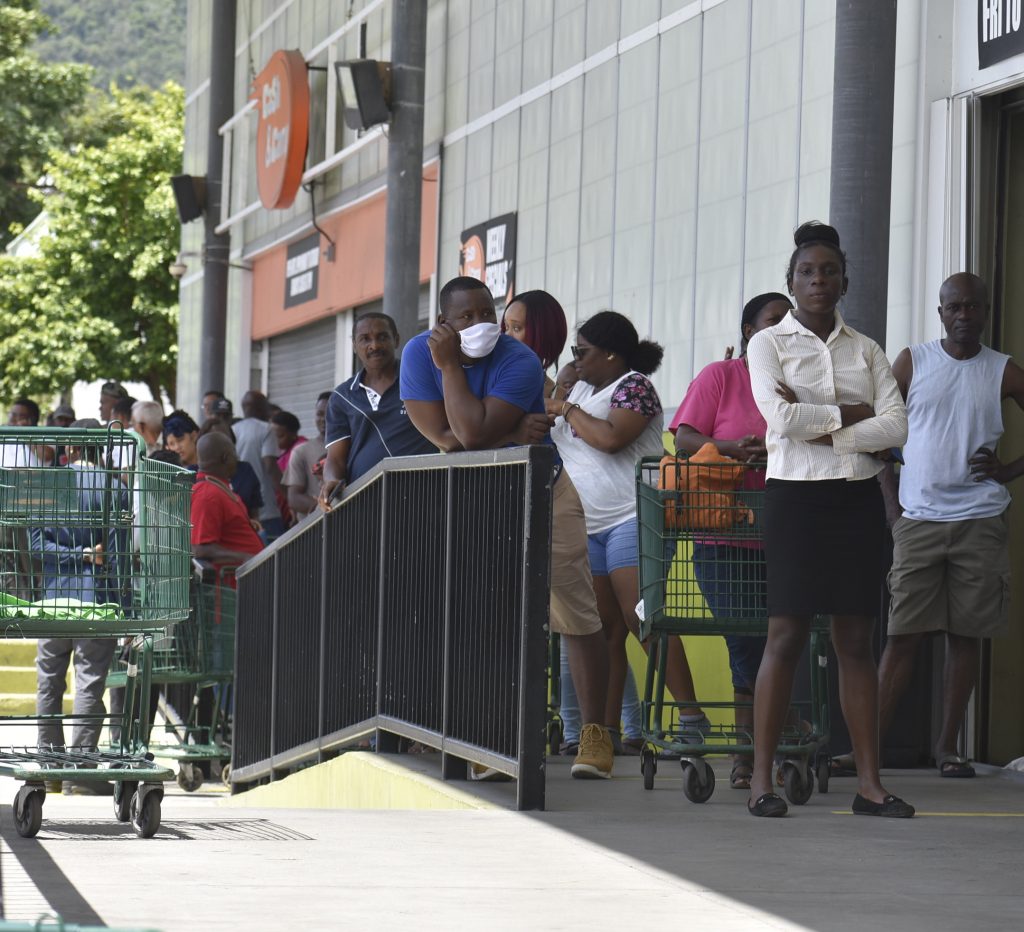 Three days after the third COVID-19 case was confirmed in the territory, a 14-day extension of an initial six-day curfew began yesterday with exceptions for limited travel to groceries, pharmacies, gas stations and other essential businesses.

Premier Andrew Fahie, Governor Gus Jaspert and Health and Social Development Minister Carvin Malone updated more than 5,000 viewers on Facebook on Tuesday night about the new “regime,” which will last until 6 p.m. on April 16 as part of efforts to stop the spread of coronavirus.

“The cycle has to be broken,” Mr. Fahie stated. “The cycle cannot continue because we do not have the resources if we have a full-blown situation of positive cases.”

Mr. Malone announced Monday that the third patient is a 26-year-old male who recently travelled to a country “where there is a community spread.”

“All three confirmed cases are due to pertinent travel history,” the minister added. “There is no evidence of local transmission in the British Virgin Islands.”

Following six days of complete lockdown where residents were unable to get groceries, take their trash out, or walk any pets, an extended 14-day lockdown allowed exceptions to visit essential businesses and buy supplies.

On Wednesday night, details about the curfew were announced. Officials originally announced a shift-system which would allow residents to conduct essential business and do essential shopping during the hours of 8 a.m. and 6 p.m. However, after volumes of shoppers flooded stores yesterday, often waiting six hours or more in line, officials extended the curfew time to 9 p.m.

Many stores throughout the territory are checking identification to ensure that the rules are followed.

Besides the looser daytime curfew for the remaining days, an absolute curfew will be imposed between 6 p.m. and 6 a.m. each day as well. During that time, only essential workers who have been issued curfew passes will be allowed outside in the line of duty.

Mr. Jaspert also said officials would take another look at curfew passes after realising that the government had issued more passes than intended, though he didn’t say how many had been issued. He did not specify what the requirements were or whether government would revoke any passes that have already been collected.

Additionally, 143 people who are self-quarantining will be monitored closely and “accounted for until their quarantine time is up,” Mr. Fahie said.

After hearing reports from residents that quarantined people were not adhering to the rules, government passed a law Friday that allows offenders to be penalised, Mr. Jaspert said.

In addition to requesting medical personnel from Cuba, the government has reached out to countries across the Caribbean Community and Organisation of Eastern Caribbean States to encourage increased cooperation during the pandemic.

During a virtual BVI IntraRegional Commerce and Trade Symposium hosted by the Premier’s Office via Zoom on Monday, the premier asked the region to put a plan in place for sustainability.

“As stockpiles in warehouses become depleted, another challenge will come because factories are not operating at previous rates,” he stated. “In some cases, raw materials are difficult to obtain, especially imported materials.”

He noted that the lack of access to food, collapse of business, loss of jobs and social dislocation will be effects of the pandemic, and encouraged Caribbean nations to work together to “have these quality goods delivered in each country at competitive prices.”

“We must be aware of who can supply what products, where the markets are and the quantities needed, and we must bring suppliers, buyers and shippers together,” Mr. Fahie stated.

Officials have not said that supplies are running low here, but they have pushed for more sustainable farming and fishing practices in light of the pandemic, offering a $2 million stimulus package to farmers and commercial fishers. Details of that package have not yet been disclosed.

On Tuesday, the governor stated that 480 test kits are on their way from the UK, and last week the government received more than 10,000 pieces of protective gear from the Bank of Asia, including medical masks, gowns, gloves, glasses and temperature measurers, officials said.

An advanced pre-screening tent for suspected patients has been constructed on the third-floor carpark of the Dr. Orlando Smith Hospital, and negotiations are under way with the UK to obtain equipment for a 25-bed field hospital, officials have said.

Meanwhile, much of the public service has closed down or shifted to providing limited services remotely.

Last Thursday, for example, government announced that passport services were suspended until further notice and the post office was closed.

The government updated citizens with tips throughout the lockdown that covered mental health, managing household waste, cultivating peace in homes, and what to do to treat fevers at home. Emergency hotline numbers were also posted on social media and the website.

Government also hosted a “National Day of Repentance” on Sunday, asking the territory to join the prayer service online.