Open communication between children and parents is crucial when it comes to cybersecurity, Hamza Mzee told students during recent presentations at two schools as part of Cybersecurity Awareness Month. “The …

END_OF_DOCUMENT_TOKEN_TO_BE_REPLACED 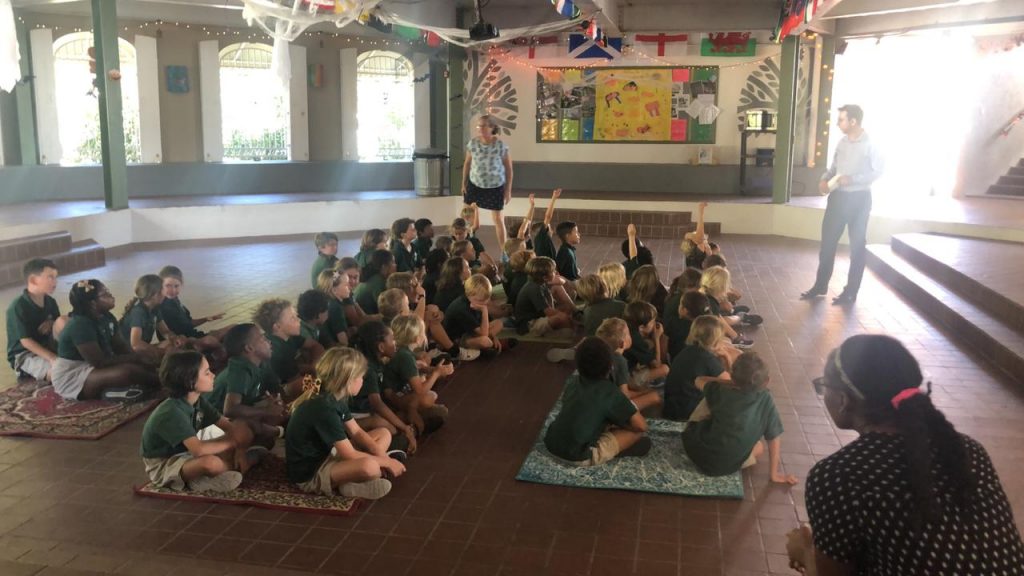 Students at Cedar International School participate in “Cyber Day,” where they were encouraged to become their own “Cyber Champions” and make smart online choices. (Photo: PROVIDED)

Open communication between children and parents is crucial when it comes to cybersecurity, Hamza Mzee told students during recent presentations at two schools as part of Cybersecurity Awareness Month.

“The biggest recommendation we made is to make sure that [children] communicate with their parents, especially if the child is trying to set up any online account,” said Mr. Mzee, an information technologies manager at KMPG. “That’s mostly for older children. Younger ones should ask for permission from their parents [when they go online].”

As part of the October activities, Mr. Mzee and KPMG auditor Hugh Wright presented at the St. George’s Secondary School on Oct. 14, and they hosted two sessions at Cedar International School on Oct. 30.

They spearheaded the new initiative to teach children about cyberbullying, social media risks, and other aspects of cybersecurity. “We gave them advice not to share information online with strangers,” Mr. Mzee said. “If someone is asking for your personal information, you have to notify your parents or teacher.”

The pair also sent out tip sheets for parents with ideas of how they can work with their children to increase online safety.

“The students were very en- gaged as it is such a relevant topic for them,” he said.
Gathered in the centre of the school, the students sat in front of Messrs. Mzee and Wright as they delivered a presentation and asked questions.

“This is proof that when we all come together and make our voices heard, it is one step forward in making our BVI community safer,” he said.

Cybersecurity refers to technologies, practices and processes designed to protect networks, devices, programmes and data from attack, damage and unauthorised access.
Another danger that children may face online is called “grooming,” where people in chatrooms pretend to be teenagers or children and lure young people into meeting them in dangerous situations.

Some helpful tips for children include never giving out a real name or telephone number, and telling an adult if someone makes inappropriate suggestions or makes them feel uncomfortable online, Mr. Mzee said.

He added that KPMG intends to observe Cyber Day next year as well and invite parents to the presentations.

He advised parents to “be vigilant and curious to see what your children are doing online.”