Carnel Clyne and John Samuel, Virgin Islands Party candidates for the Second and Sixth districts, respectively, both said they requested recounts after the Feb. 25 election but then opted not …

END_OF_DOCUMENT_TOKEN_TO_BE_REPLACED 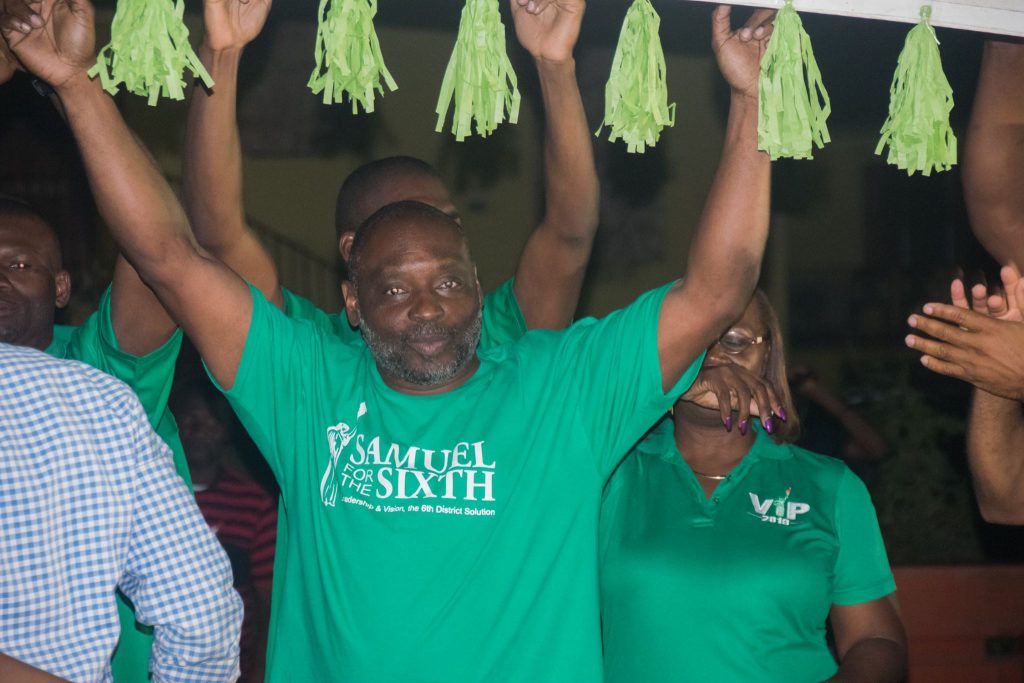 Virgin Islands Party candidate for the Sixth District John Samuel said he initially filed a recount request but did not pursue it after “reviewing all of the numbers.” (Photo: VIP)

Carnel Clyne and John Samuel, Virgin Islands Party candidates for the Second and Sixth districts, respectively, both said they requested recounts after the Feb. 25 election but then opted not to pursue them.

Mr. Samuel said he filled out the form to request a recount but subsequently agreed not to pursue it after discussing the matter with Carolyn Stoutt Igwe, the permanent secretary in the Office of the Deputy Governor.

“They provided me further information in relation to the reports from the end of the day and number of votes cast,” that was not available initially, said Mr. Samuel, who lost to National Democratic Party candidate Alvera Maduro-Caines by 41 votes. “At the end of the day after reviewing all of the numbers I decided not to pursue it.”

Mr. Clyne, who lost to Melvin “Mitch” Turnbull of the Progressive VI Movement by 85 votes, also said that he filed a recount request after initial concerns about voting tabulation, but decided not to pursue it after he cleared up the discrepancy with the Governor’s Office.

“I decided to stand down after I got the answer that I needed,” he said.

Separately, the amendments state that a candidate can “demand” a recount, which can proceed unless the returning officer in question deems it “unreasonable” based on the result of the first count.

Neither the Second nor Sixth District margins met the threshold for an automatic recount.

Colene Penn, a communications officer for the Governor’s Group had previously implied that candidates must have lost by a margin of one percent or less in order to have a “reasonable” claim for a recount.

“Requests were made but none of them were within the one percent requirement of votes between the top two candidates,” Ms. Penn had written in a message.

Both candidates said they personally decided not to pursue the recounts, and said the decision was not related to threshold for an automatic recount outlined in the Elections Act.

Colene Penn referred further questions to Elections Supervisor Juliette Penn, who on Thursday declined to comment on the requests and stated, “There aren’t any recounts as far as I know.”