Currently, victims of domestic violence can stay no longer than five days in the Family Support Network’s shelter programme, which lacks a designated facility to house them. But with plans …

END_OF_DOCUMENT_TOKEN_TO_BE_REPLACED 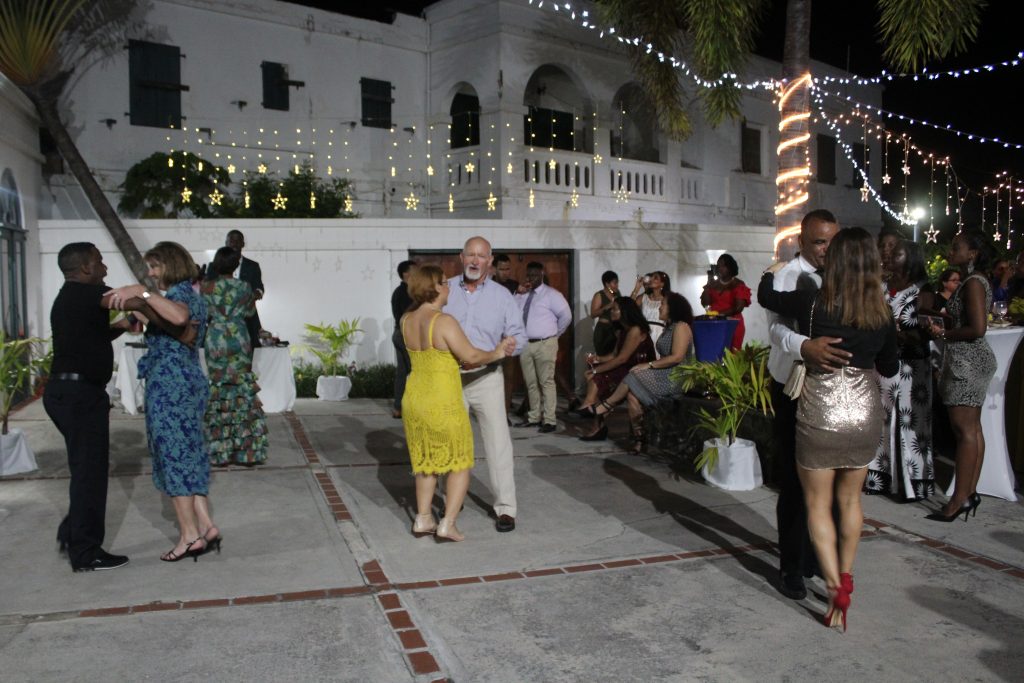 On Friday night at the Governor’s House, donors danced the night away and pledged to help fund a new shelter planned by the Family Support Network. (Photo: ZARRIN TASNIM AHMED)

Currently, victims of domestic violence can stay no longer than five days in the Family Support Network’s shelter programme, which lacks a designated facility to house them. But with plans in place to build a shelter, vulnerable residents may soon have a better chance at rehabilitating their lives.

“Last December we began working on what the structure would look like,” said FSN Director Sasha Stoutt. “We want to be able to let our community be a part of this as well, because it will be a shelter for the community.”

On Friday night, dozens attended “Dancing Under the Stars,” a fundraiser for the FSN that organisers said pulled in least $19,000 this year, plus various pledges made at the event.

The annual dance is hosted by the governor, the governor’s wife, and the Tortola Ladies Club.

“We were just really grateful for another year that the Ladies Club was able to bless us with this fundraiser,” Ms. Stoutt said.

During the event, popular songs played throughout the night as people took to the dance floor. Drinks and refreshments were served, and a silent raffle was held with prizes donated by various companies in the territory.

Three posters were set up under the banner “FSN’s Domestic Violence Shelter,” listing items the shelter needs, including builder’s risk insurance, construction labour costs, and a generator rental. Attendees were able to write in any donations or pledges to help toward each cost.

The new shelter will greatly help victims of domestic violence, Ms. Stoutt told the Beacon. It will allow victims to stay for longer periods of time, giving traumatised children a chance to process events and adults a chance to get their affairs in order, she said.

“Five days is not a lot of time,” she added. “A lot of times the women end up back in these abusive relationships.”

On Monday morning at a press conference, Governor Gus Jaspert stressed the importance of addressing such “hidden” crimes. He expressed his shock that almost half of all violent crimes in the territory are domestic-related.

“I want us to look as a territory how we support some of those people who are in vulnerable situations,” he said.