Continued efforts to monitor Virgin Islands reefs for the highly infectious stony coral tissue loss disease are finding that its spread shows no sign of slowing down.  A “coral strike …

END_OF_DOCUMENT_TOKEN_TO_BE_REPLACED 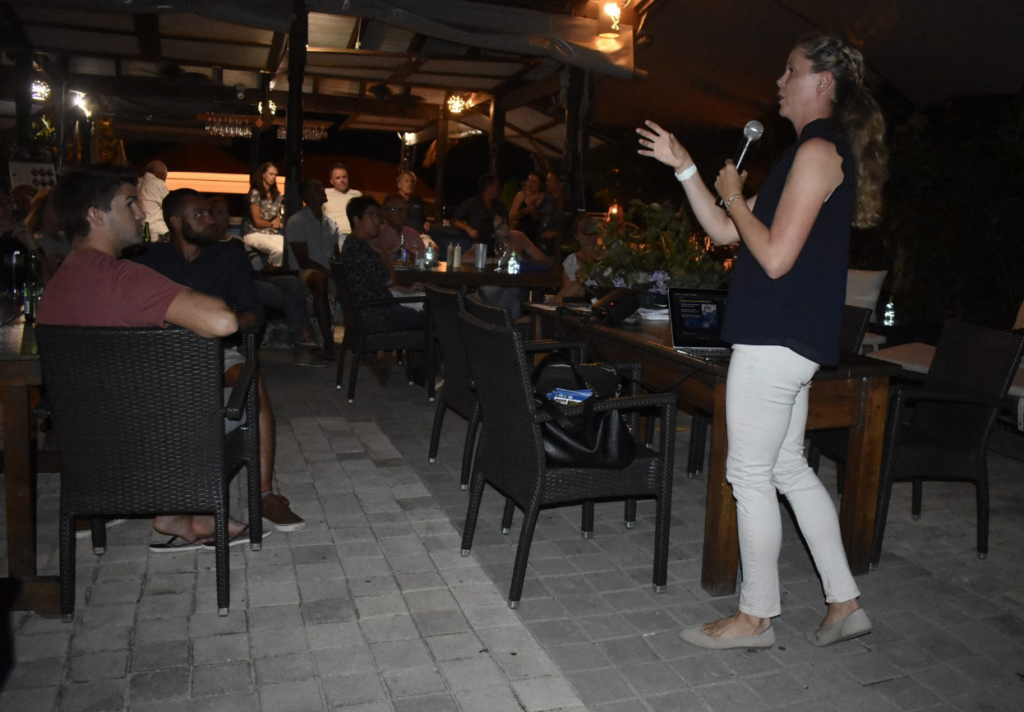 Biologist Dr. Marilyn Brandt, a research associate professor at the University of the Virgin Islands, attended a public information session last March as part of a campaign to educate residents about the dangers posed by stony coral tissue loss disease, and what can be done to stop it. (File Photo: JOEY WALDINGER)

Continued efforts to monitor Virgin Islands reefs for the highly infectious stony coral tissue loss disease are finding that its spread shows no sign of slowing down.

A “coral strike team” consisting of government, non-profit and business representatives have found infected corals at 33 dive sites — up from 21 in March — from Jost Van Dyke to the southern cays to North Sound, Virgin Gorda, according to Natural Resources, Labour and Immigration Minister Vincent Wheatley.

But strike team members have treated more than 3,000 diseased corals, something usually accomplished by injecting them with a syringe filled with an amoxicillin mixture, Mr. Wheatley said last Thursday in the House of Assembly.

“These and other efforts are aimed to ensure that our beautiful reefs continue to provide the ecosystem services that are critical to our biodiversity, infrastructure and economy,” he added.

Dr. Shannon Gore, managing director of Association of Reef Keepers, has held informational sessions at Bamboushay Restaurant explaining the risk posed by SCTLD and what can be done to combat it, and NadiaTurnbull, a multimedia and marketing assistant at 284 Media, has created a billboard and three-part cartoon series about the disease.

Mr. Wheatley added that these efforts are being funded by Unite BVI and the Governor’sOffice.

The fast-spreading disease kills healthy corals by attacking the algae living inside, first causing white lesions and then causing the tissue to fall off.

The bacteria that causes these infections is believed to have originated off the coast of Florida around 2014, and it has since wreaked havoc in corals near the Florida Keys, St. Thomas, and other northern Caribbean locales.

“The well-being and longevity of our reefs and natural environment must be safeguarded for the benefit of our future generations, which is of paramount importance to this government,” Mr. Wheatley said.